Goings On In Bellisseria 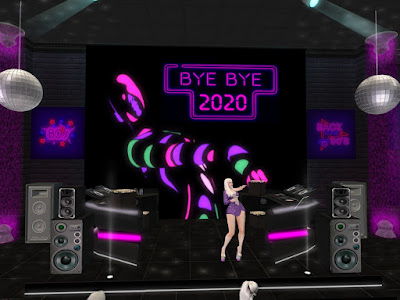 There have been some other happenings on the Bellisseria continent besides the holiday parties. 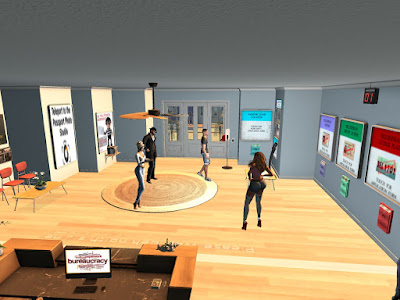 The Bureau of Burocracy has moved again to one of the new stilt homes that opened in December. It is a perfect setting for the office which needs room for applicants getting licenses, registrations and passports. I dropped in to visit and found four in line with plenty of room. The onsite manager , Bel (Jezebel Bailey) was there helping out the applicants. She lives nearby in another stilt home so just walks over to the office though mentioned getting a row boat.
http://maps.secondlife.com/secondlife/Lorelei/218/77/24 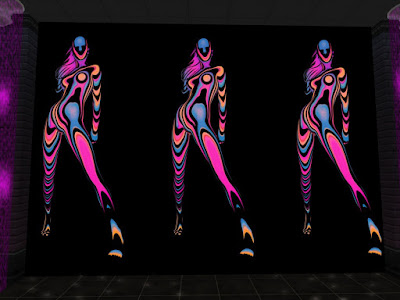 The second new venue I dropped in on is the new Riverside Bowling alley. This is an addition to the many fun places to visit on the continent which is growing by the week. 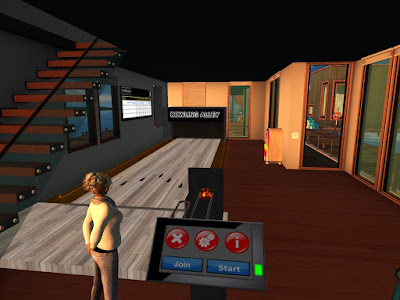 'ZZ Bottom' (foneco Zuzu) , who has many fun activities going on placed the game on a houseboat . I did not have time to try a game yet but will. Bowling has been a favorite game for years! 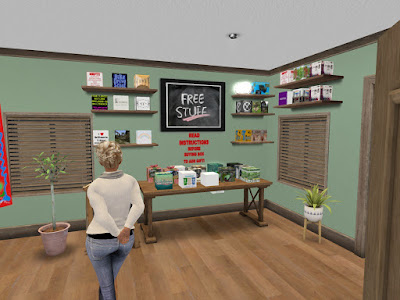 I also stopped over at the Bellisseria Citizen’s Group Headquarters to check what is new. The Group is a wonderful group for chat and help to residents all over the continent, old and new. There is also a table with many free gifts for residents. I stop over once in a while to find out what has been added by other residents. This time I picked up two items.. a new jeep type vehicle and a train engine hauling cars filled with necessities. 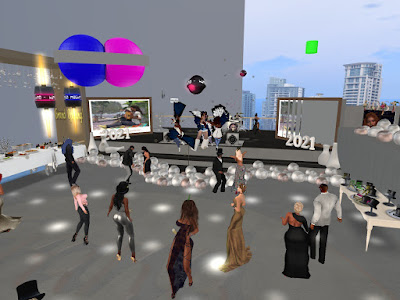 I made several party stops the last day of the year. The first was to my friend, Jardinalexis NY Pemier Business Center where the crowd was huge and having a great time. I picked up a great 2021 top hat there . 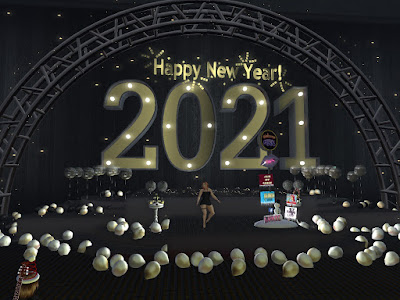 One was to the Windlight Magazine  party where John.(Johannes Huntsman).. was hosting a big bash. Strawberry Linden and Alexa Linden were in attendance. 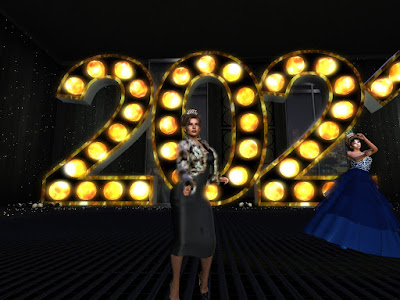 One was to the Windlight Magazine  party where John.(Johannes Huntsman).. was hosting a big bash. Strawberry Linden and Alexa Linden were in attendance. The decor was lovely and the music great. There was a huge crowd coming and going to say goodbye to the old year 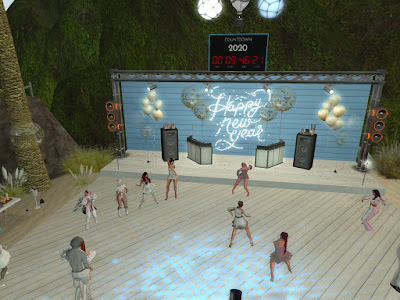 My last visit of the year was to the last New Year Eve party at the Fairgrounds of Bellisseria . It was a beach party based on one held every year in Rio, Brazil. 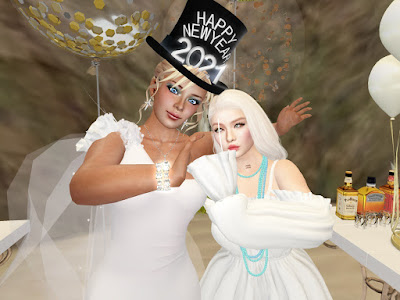 The music and decor were themed on  that yearly celebration. The host and DJ, Bela Tolson who sponsored  the party. had us all dressed in white as is the custom in Rio. 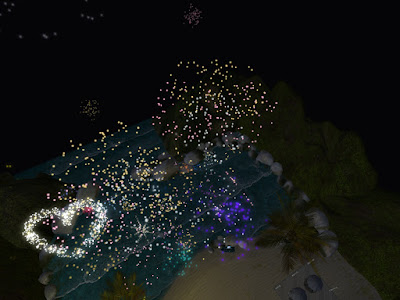 At midnight there is a huge fireworks display at the beach and duplicated here and it was spectacular! (The Rio party was cancelled this year as so many around the world were). That was the last party of the year being tossed aside with hopes for a better tomorrow for us all.