An unending friendship, and a place to call home are just 2 of the many things offered at Pine Lakes. I have spent just a few days at Pine Lakes, and I can assure you, it is something that is amazing, and something different from other places.

While other town/city RP sims have just the basics, houses, law enforcement, fire station, and shops, this has more. This has a deli that seems to be 5 stars, or at least 4. It has a church, with active priests. The houses are affordable, and there are enough for a lot of people to live here. There is even an adoption center.

This reporter decided to stray from the fire department and join the PD instead, and within only a few days, I am having so much fun here that I can do nothing but give it good reviews. There is no discrimination, take it from me, I'm using a female furry av here, and they don't care, they treat me like one of them.

The design of the sim is very easy to follow, and difficult to get lost in, since it's not made like a labyrinth. Not to mention, the people here are nicer than ever. I am not kidding, you may feel a bit threatened at first, because of how they act, but when you get to know them, you will see that they are awesome people, and even better friends.

I would definitely recommend this sim to anyone reading this sim. It's amazing, and worth a look.

Johnny
Posted by Bixyl Shuftan at 8:00 AM No comments: 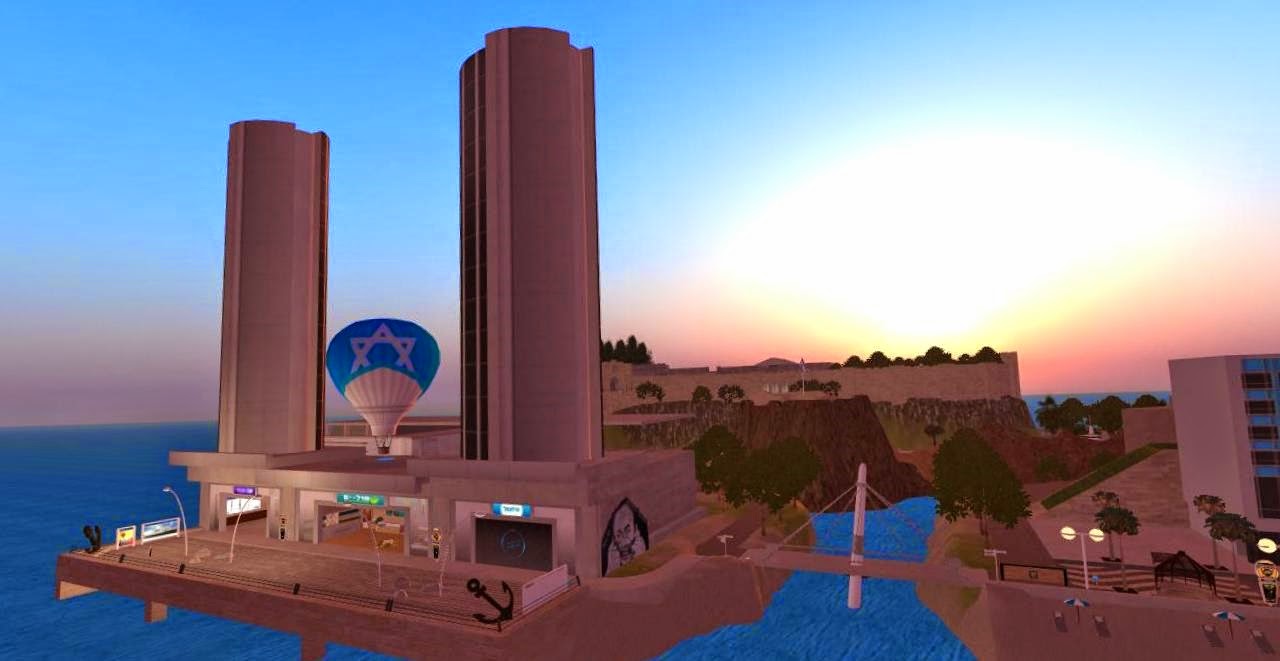 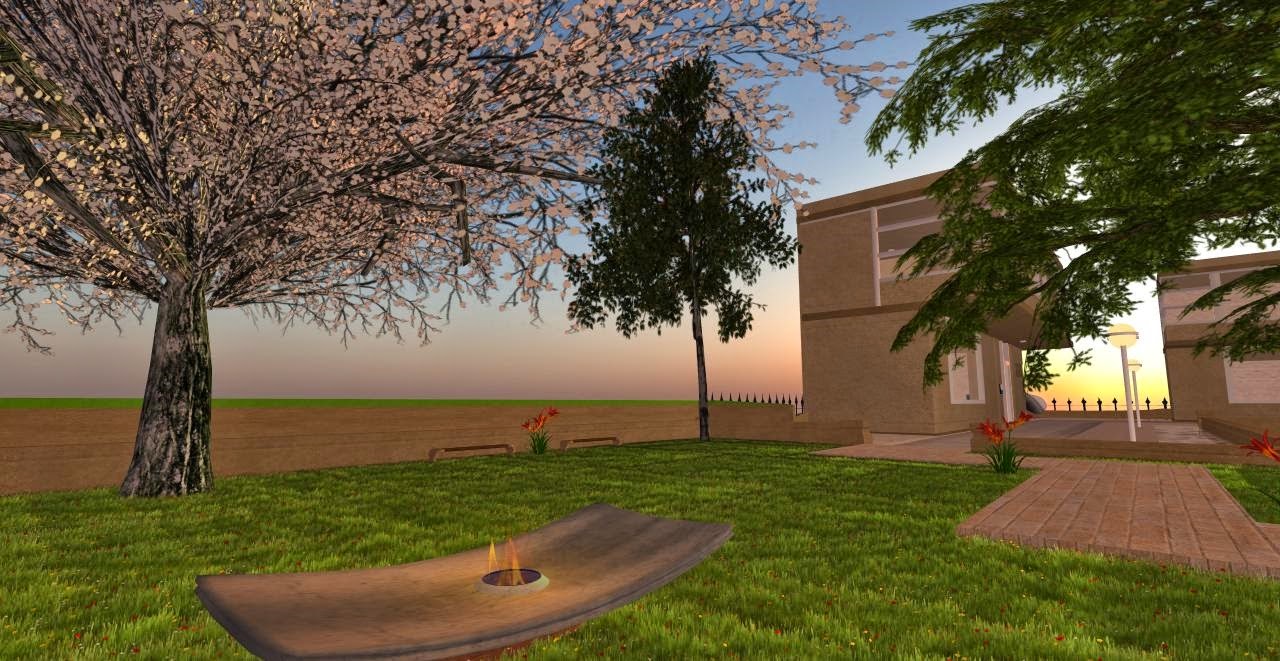 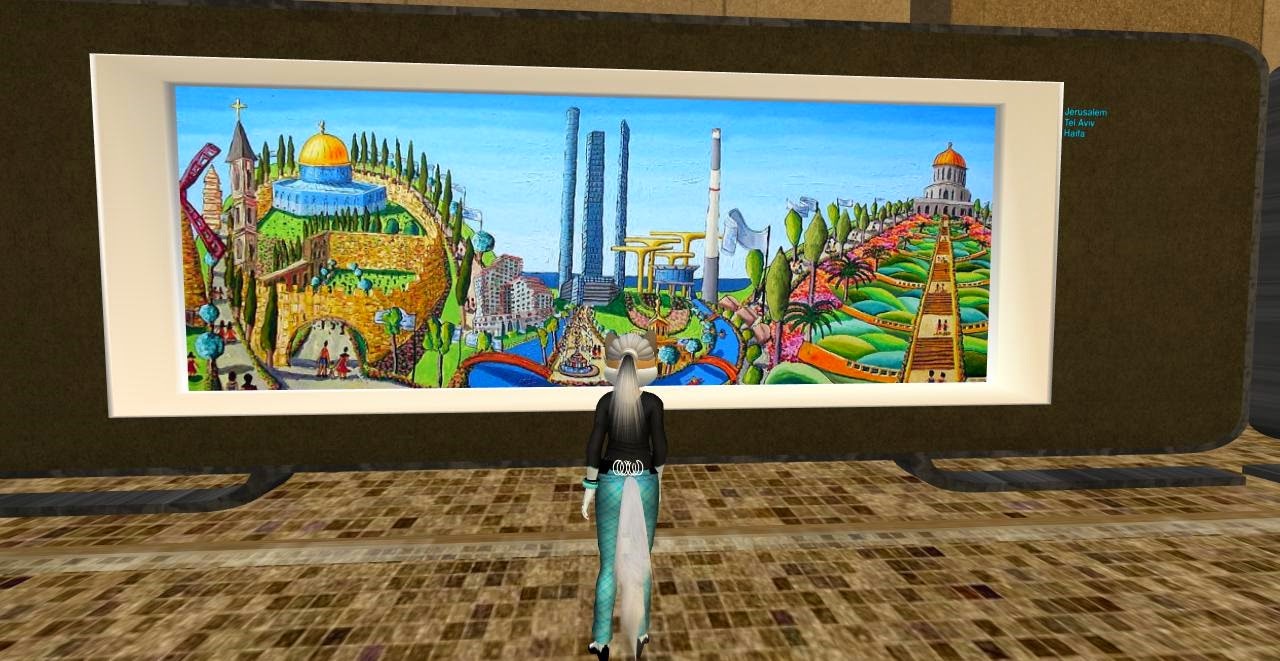 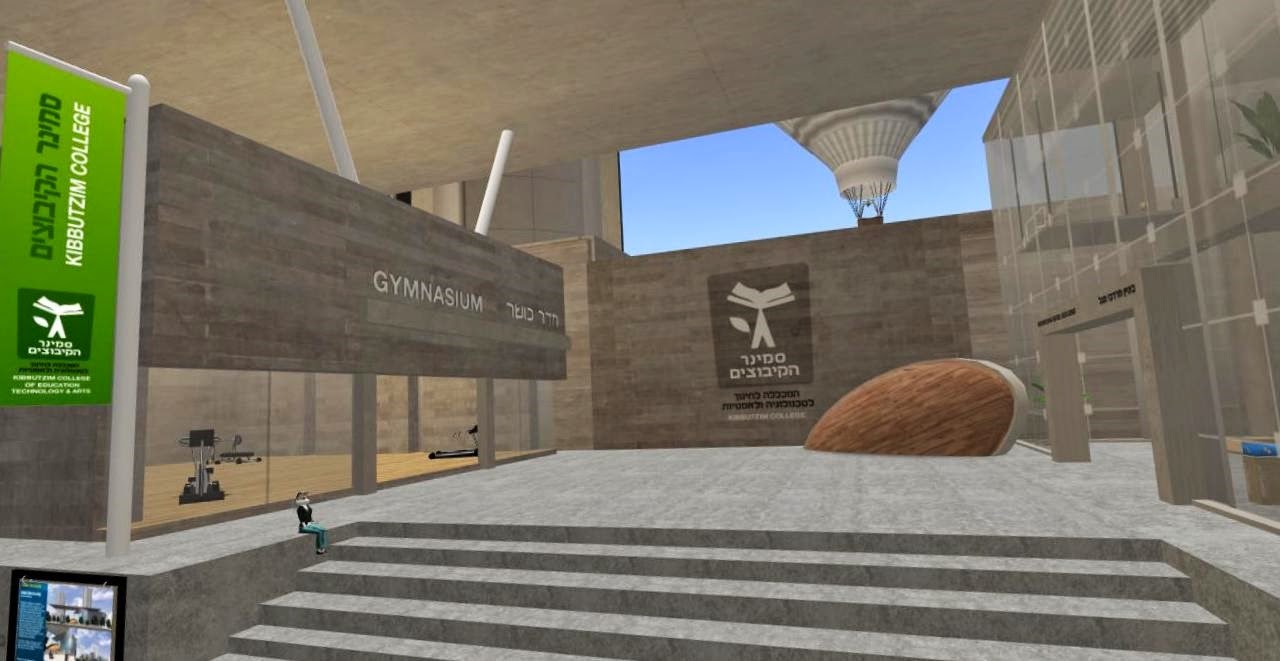 Grey Lupindo
Posted by Bixyl Shuftan at 6:00 AM 2 comments:

ADI In The Wasteland

ADI, also known as, Atlas Defense Industries, is actually an evil group. ADI's main goal is to dominate the entire North American land. despite being under investigation by others, it still actually sells weapons to, not only the two investigating groups, but anyone who requires a weapon. 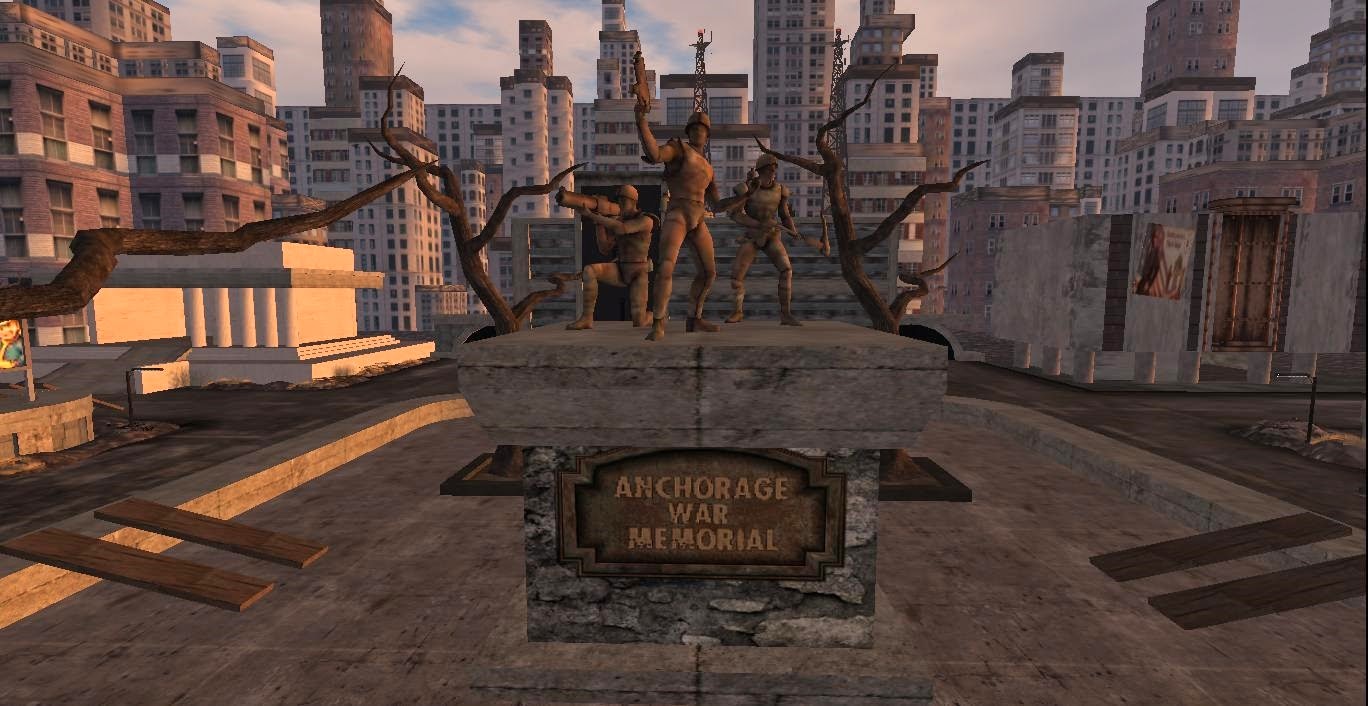 Despite being evil, the group still holds common courtesy, and fairness, higher than other combat groups. While others may use speed huds, prim shooting, and other cheap tactics, to their advantage, ADI uses the strength of its soldiers, to their advantage.

Look to the sim, at first, and see how it's designed. Most people would take one look at it and assume ADI has a massive advantage. However, take another look, at the entire sim. 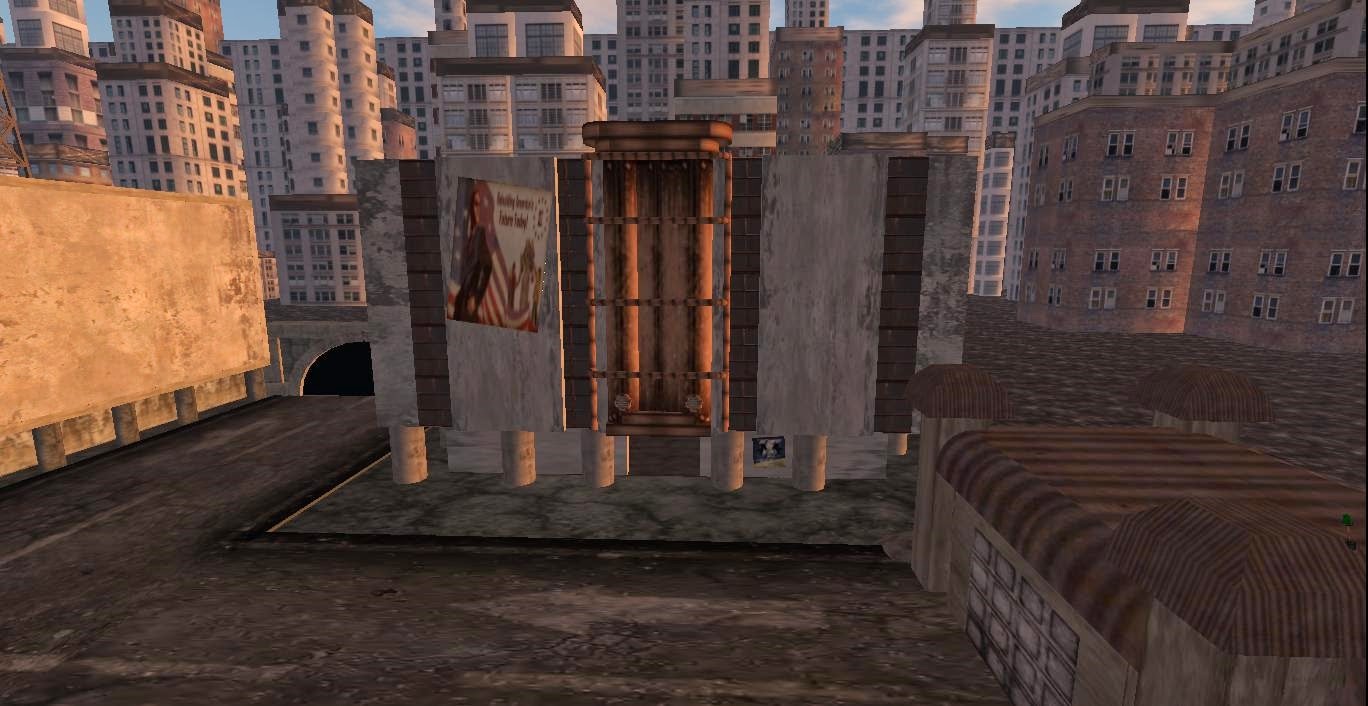 While ADI does hold most of the sim, it doesn't give them an advantage. Firstly, lets take a look at vehicles. Any raiding vehicles will be able to spawn, and get completely set up, in safety, due to the wall. However, ADI's aircraft spawn on top of the building, in the open, with no protection. ADI's tanks and mechs do spawn in safety, but they're only defended by a door.

Now let's take a look at the safety of the infantry. While there are barricades, that defend the defending infantry, the barricades are spread out in a thin line, not giving a lot of protection. Look at the wall defendin the raiders. This wall, and the barricades on top, as well as the buildings, give the raiders a greater advantage.

So, how, you ask, do ADI manage to be one of the best? Well that's simple really. Their training. While most groups will simply train their fresh recruits in the beginning, ADI trains constantly. Many will ask how they train, well, that is classified information. Otherwise ADI would meet its match. 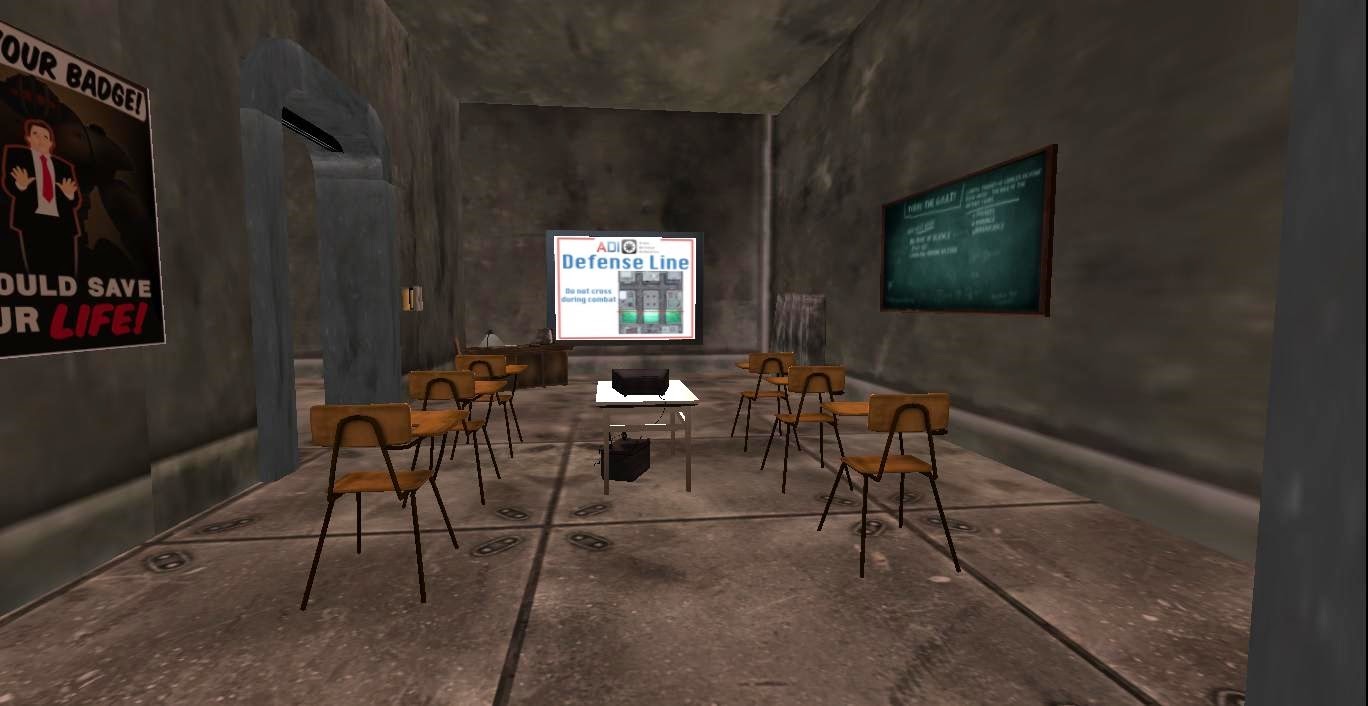 ADI is always recruiting, and not just for combat. You see, at ADI, the weapons and vehicles are not something you can find on the marketplace. ADI makes its own weapons, and vehicles. The people that make them, are known as scientists. ADI is always looking for more scientists.

The combat side is always recruiting as well. ADI has many things to try, there is infantry, mechs, artillery, pilots, and even tank drivers. If you want to experience some combat, and would like to join the winning team, then check out ADI, I swear, you will not be disappointed.

ADI's sim is located at: http://maps.secondlife.com/secondlife/Wasteland/117/17/84