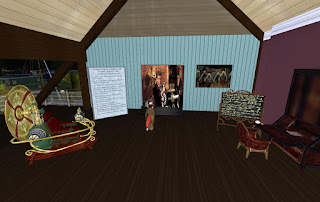 Longtime readers may remember Netera Landar who wrote for the Newser for a time, and has been running "Netera's Coffee Lounge." In the past, the place was known for offering regular discussions of writers and musicians. For the past couple years, the Lounge has been ad Snug Harbor. Right now, Netera is showing off an H.G. Wells exhibit. On the second flour of the building, the exhibit is accessible through a teleporter on the floor. 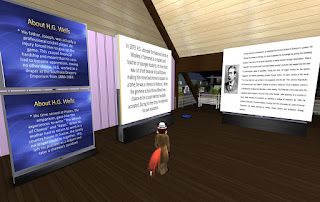 Some of Well's science fiction stories are so well known, they've been made and remade into many movies and television programs, such as "The Invisible Man," "The Time Machine," "War of the Worlds," and "The Island of Dr. Moreau." Most can still be checked out at the library or purchased at bookstores. Probably only Jules Verne is about as well-remembered of the sci-fi writers of his time. On occasion, Wells himself has become a character in fiction such as the 1979 movie "Time After Time." Steampunk equipment and weapons are occasionally referred to as "Wellsian." Having inspired many beyond his time from science-fiction fans and writers alike to those with just a casual interest, Netera herself wondered what would it be like to have an actual conversation with the writer "with a fascination for history, politics, and social commentary." 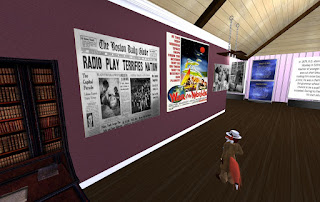 The exhibit is a combination of written displays describing Wells and his life, photographs, pictures of movie posters based on his works, and props such as the time machine that one can sit in. Some of the facts are less than common knowledge, such as Wells' father was a professional sports player. And some are well known, such as the Orson Welles' radio play of H.G. Wells' "War of the Worlds" novel in 1938 that was told so much like actual news broadcasts, it caused widespread panic. The exhibit does not go much into Wells' later years of which his article on Wikipedia describes as a time when his reputation as a writer declined.

So if you're a fan of science fiction, especially steampunk, the H.G. Wells exhibit is worth a visit. For more information, check out Netera's own article on the exhibit, or Inara Pey's article.

And Netera, give me some time to think on which three books I would take with me.


Last July I introduced you to Yosemite and all its glories. Later, Deaflegacy did an interview with the owner, Jadyn Firehawk, and her other varied and helpful interests in Second Life. I have been back to Yosemite several times during the year for relaxation, a horseback ride, a visit to the Art Forest, and the new Ranger Station. Now there are so many new venues to visit, I felt the need to tell you about some of them. 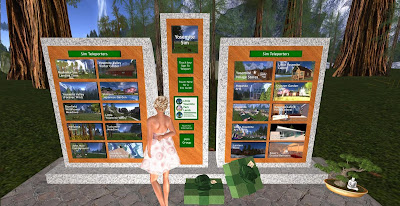 At the entrance, there are teleport boards to aid you and a new guide to the sim you can pick up and save. 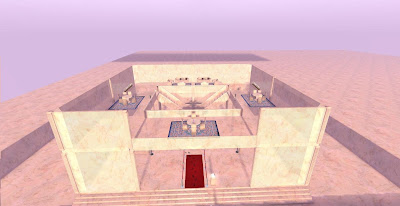 My first stop was to see the  Keao's World.  What a story behind this new spot. The builder of the obelisk is totally blind and did the build with Jadyn’s assistance. It is hard for me to imagine, but there it is, a two story build with area to dance , sit and have a dinner at the table or relax on the couch listening to the chimes of the fountain. Pick up the notecard there where Keao Wright explains herself and her life. 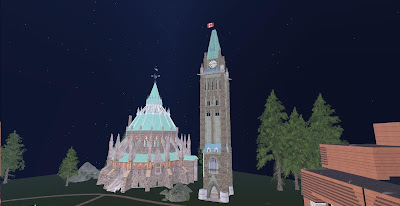 Another new and fascinating area is the new ArchLives . I was thrilled to see that this is an area set aside by Jadyn for “A visitable 3D architectural archive featuring replicas of famous buildings that were created for past purposes in Second Life, builds that would otherwise no longer exist, including the Barcelona Pavilion, San Francisco Museum of Modern Art, Hatch Memorial Shell, and Villa Overby, with more exhibits to come.” This is the Canadian Parliament Library and Peace Tower.  I  immediately sent a message to a friend of mine who has marvelous builds from the past in his inventory and hope to see one there soon. Go see and feel the nostalgia. 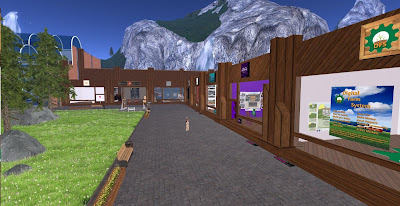 My next TP was to the Yosemite Village Stores that are now near the Maganda Arts. A great collections of unusual shops to visit . I saw items here I have not seen anywhere before from art pieces to clothing to fertilizer. Don’t miss that area!!

From there you can wander right over into the Art Forest where there is an exhibit by Rage Darkstone at this moment.There are two get-togethers every week for friends and family and anyone is invited to come. Fridays from 5-7 people get together at the campfire next to the visitor building to talk and toast marshmallows. Sunday Morning you are invited to have brunch in The Bear's Lair Coffee Shop which is located inside the Visitor Center. 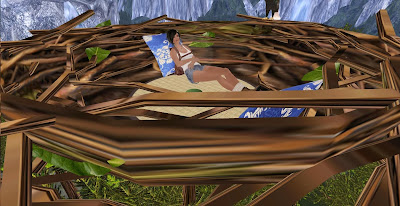 Jaydyn is relaxing in the new Eagle's nest in the forest of ancient Giant Sequoia trees. You can take your honey and have a private place to talk.

There is so much more to enjoy and explore at Yosemite and some wonderful places to live if you are so inclined. get yourself over there and look at the new places I have written about here, and use the teleporter to find the other treasures. The new horses are great for riding in the forest. Perhaps I will see you there. 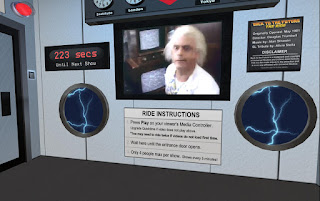 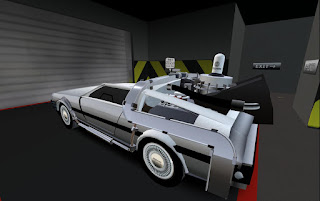 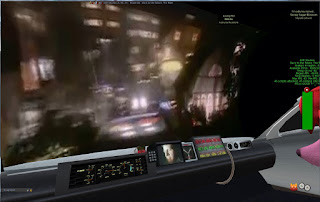