Sunny Beach and The Gathering Oak 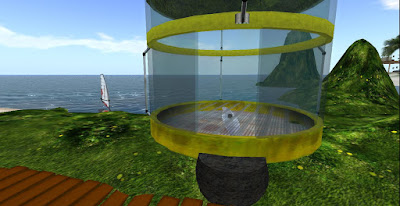 Sha (Becky Shamen) offered to take me on a tour of the beautiful Sunny Beach sim, and I took her up on her offer. The first stop we made was at the sky diving machine. "Click the floor," said Sha. I did and ended up flying in the air. Sha said that it is sky diving and I really enjoyed it. 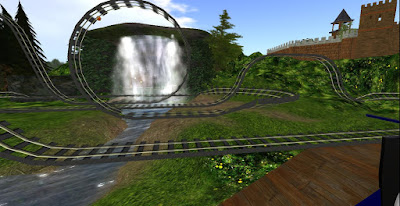 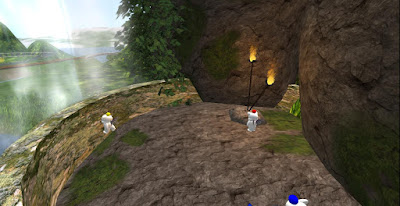 We stopped by a place where Moogles live there. I was impressed. Moogles are a cute small creatures. 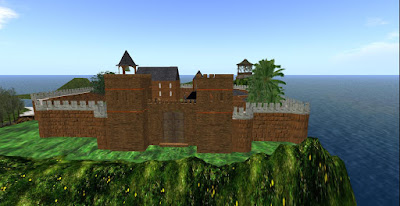 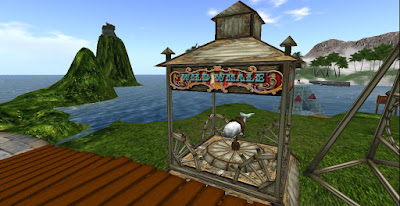 We went to the boardwalk shops after that. Sha suggested I try a ride called, "Wild Whale." When I got on it, I was so impressed. It was like riding a wild bull only this time, I'm riding a wild whale. After I got off, she showed me the rocking ships. It reminds me of a ride at Playland that looks so much like the rocking ships on the Gathering Oak. I'm not sure if it is still around because it has been over a decade since I last went to Playland. 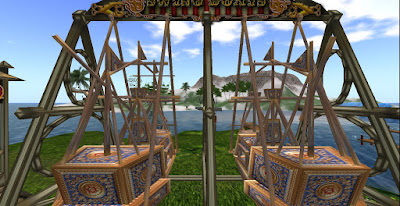 Sha showed me the club jackets that she made as well as a fortune teller. According to Erik Mouse (erikmouse.dawid) who just joined us, the idea came from Erik when he was on a vacation over a month ago where there was a boardwalk by the beach. 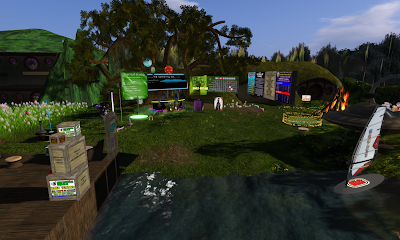 I told Sha and Erik that I felt they were doing a good job. "We try hard to provide fun for the community," she said. The Gathering Oak club is really a fun place to be. "The DJ booth plays to the whole sim, we can have events anywhere. We hope to develop surfing events in the future." said Sha when I asked about the events happening on the club. "Surfing events could be co-ordinated with sim to the North, with party on both sims."

Sha showed me a beautiful woods, to take peaceful walks through. For those that need to get rid of tension, they have cannons to fire. She showed me how to use a cannon and when a ball flew out of that cannon, I can feel the tension I have going with it.

The Gathering Oak is run by Erik with Sha's help. Geerkil Ziskey is the most noted DJ at the club. You can see him on Tuesday night.

The Sunny Beach sim is an amazing place to visit and to hang out with your friends. Here is the landmark for the awesome place: http://maps.secondlife.com/secondlife/Sunny%20Beach/177/134/22

Penny
Posted by Bixyl Shuftan at 6:00 AM No comments: 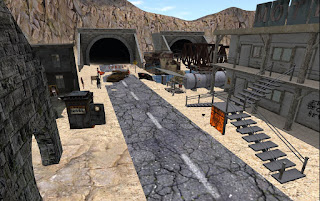 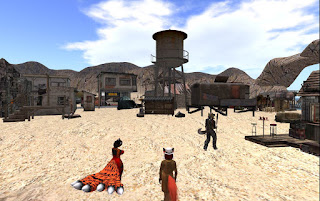 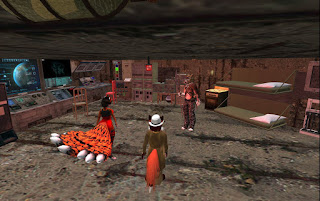 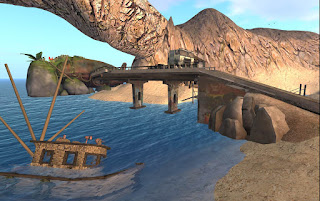 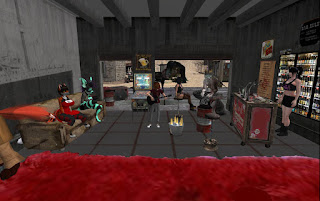