Some Events and Places at Bellisseria 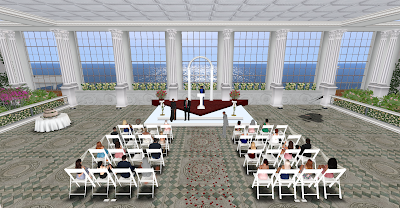 Saturday was busy here on Bellisseria . I attended a wedding on the ship Galaxy which is parked off the west coast of Bellisseria. Though I spent time on the Galaxy for many years while it was privately owned I had never been to a wedding there and it was a lovely venue on the forward region. The seats were filled as we waited for the bride. 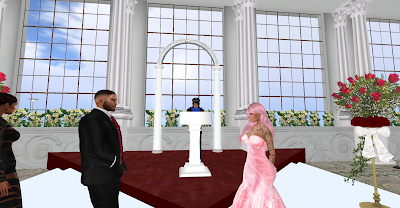 Ambassador Freddie Harrington (Madonna666 Resident) of the Nautilus Continent and his lovely first lady, Hailey Harrington (ItsHailey2021 Resident) made their vows in the presence of Captain Camden McAndrews. The ceremony was short but sweet and Hailey immediately assumed her new name as part of it. That was nice a sweet touch that I had not witnessed before at any wedding. 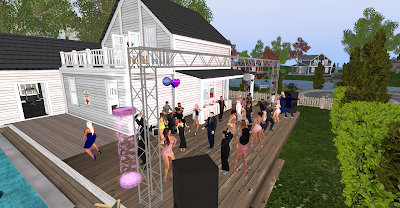 A party followed over at the Party House and Gym on Sweetmarsh with music and food and champagne. It was enjoyed by all who attended. 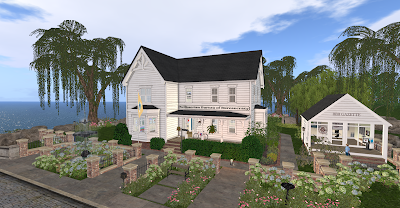 I also learned that the BBB moved! This is not the first time. I try to keep up with the location so I can get a new visa when mine is filled. For those who don’t know, The Bellisseria Bureau of Bureacracy office is where one goes to get a passport, a driver’s license, and a plate for vehicles. They also sponsor the various Embassies on each continent and house the office of the BBB Gazette next door in their own building. Any resident of Bellisseria can avail of all their services. Go check it out. http://maps.secondlife.com/secondlife/Swordfish/207/49/33 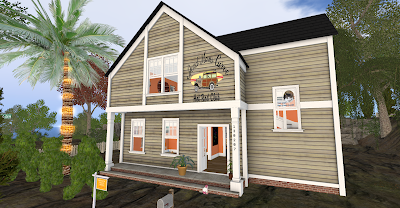 Not only all that but I heard from Ollie (Oliver Osei), a well known Hobo that there is actually a shelter for Homeless on Bellisseria so of course I had to go check that out. Sure enough there it was in Ashton Village. The house is situated at the top of a rock cliff with a great view all around at Deadman’s Curve. 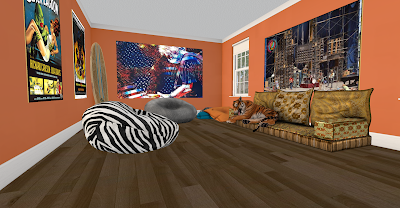 I was greeted by cat who wanted to know how I got so tall.

The décor I would call Hippy and musical at the same time. Huge posters emblaze the walls through out the entire house. A huge tiger relaxes on the sofa and did not threaten me.

There is a free wearable tent in a box for those who need one. I love wearable seating so I grabbed one.
I was going to ask the neighbors what they thought about the shelter but no one was home. 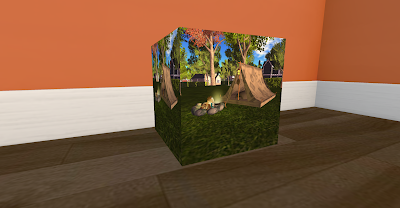 I did make contact with the Owner, Larree Quixote, a performer, who told me, “ When I first started trying to get a home in Bellisseria, it was almost impossible to land one. I spent many weeks trying to no avail. But I didn't let it get me down. I decided to have fun with it. I got my wearable tent and started exploring the many regions on foot. And whenever the SL Sun went down, I would set up my tent on a nice piece of land. During my journeys I decided that when I finally got a home, I would turn it into a homeless shelter and open it for all who needed a place so stay in Bellisseria. And I couldn't have asked for a better location. The Bellisseria Homeless Union House was the first place I was offered and I kept it. And to this day, it is open to all”

So if you are looking for a home go visit. Contact Laree.
http://maps.secondlife.com/secondlife/Ashton%20Village/126/207/37 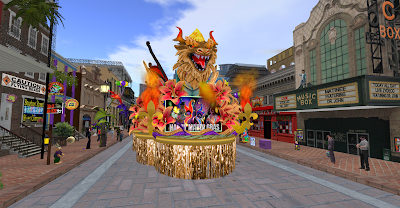 After all this I made my way off continent over to the wonder Mardi Gras Parade . I look forward to this every year. Dj Frannie as usual has all her fantastic 103 rolling and flying floats out. Most of them you can hop on and ride down the street dancing along. It is great fun. 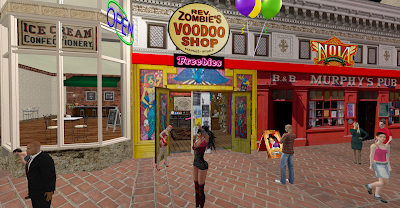 Not only is the parade running 24/7 many of the shops on either side of the street hold souvenirs such as beads and potions and more to collect. Don’t miss the Zombie shop or the restaurant or dining places. Walk behind the entrance area through the garden to see the sweet New Orleans homes. Walk across the parade route to the Carnival area with the games and rides. 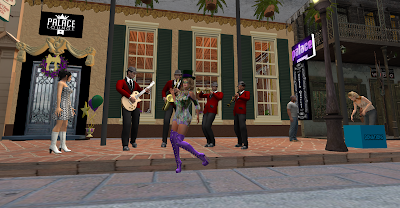 Look for the teleports that allow you to scroll through and choose the venue you want to visit. When you arrive read the handout that gives hints for a good time while you are there. Most of all have fun and bring friends. Thanks to DJFrannie and her staff for this grand experience every year . The parade will run until March 1. 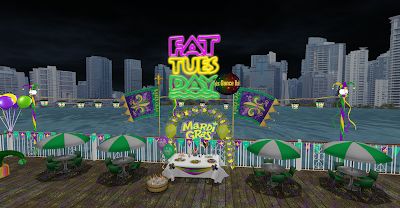