On April 6, I joined the VWEC (Virtual World Education Consortium) Campfire, at that time we were introduced to the VWEC Eduverse. This place serves as a HUB to help learners and educators to learn and build connections with others. It's a very good idea to build a place like this in Second Life because in general learners or educators who just enter Second Life with the aim of learning will have difficulty starting their exploration, so people need to guide them.

That day we also took a tour to show the various places in this area and their functions. The place I like the most is Commons, it's a place where visitors can relax with colleagues, or hold casual discussions.

In addition to tours, VWEC also opens opportunities for volunteers who work at the Info Center. On the occasion of this tour, Valibrarian Greg said that it would be good if the Info Center could provide volunteers for 24 hours because Second Life is a platform that can be accessed internationally, that's why I offered to be available at 09:00 PM. I live in a country with a timezone GMT +7 so if there are visitors who come from a country around that timezone then I can talk to them. I'm very happy to have the opportunity to volunteer here, and today April 19th is my first day at the VWEC Info Center for an hour, starting from 09:00 - 10:00 PM.

My job is to converse with visitors to help them become Second Life users for the first time, show them the learning tools they can use, show them various educational communities they can join, and show the possibilities for using Second Life in education. 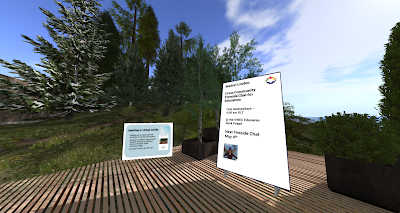 However, when I became a volunteer there was not a single visitor, maybe because this place is still new and has not been widely introduced, or maybe because there are no visitors from the timezone where I am. But I'm sure one day this place will function as it should and be used by visitors from all over the world. For me, VWEC is a community that is needed by educators who want to use the virtual world to reach students through technology.

"Tempura Project" Bringing Back Look And Feel of Closed Sim 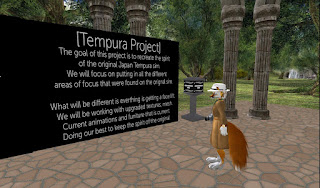 At the end of March, the Tempura sim closed after fourteen years in operation. The days before were marked by a number of longtime fans, as well as those having just found out about the picturesque area, dropping by for a final look before the end. But it wasn't the final word for Tempura. Yesterday someone messaged me about "The Tempura Project." In Sweety Bay, a tribute sim is under development.

The goal of this project is to recreate the spirit of the original Japan Tempura sim. We will focus on putting in all the different areas of focus that were found on the original sim.

What will be different is everything is getting a face lift. We will be working with upgraded textures, mesh, current animations, and furniture that is current, doung our best to keep the spirit of the original. 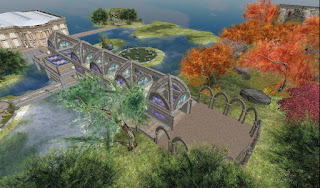 Dropping by, I found an area that was already much like the Tempura I saw, a bridge leading to a building in the distance, with waters and islands in between, and a forest behind me. But it was a work in progress.

The sim is under construction. It is open to the public while we build. Watch the sim transform one section at a time. 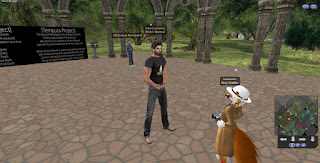 While I was there, people kept dropping in at the landing area. Among them, the owner of the land, Tribish Tammas. "We are still in the build stage," he told me, "but wanted it open for people while we build. We are trying to keep everything in balance, keep the items here similar to what tempura was, us(ing) prims and mesh in balance to keep people with older computers a place to come still."

Tribish had known about the original Tempura since around the time of it's beginning, hearing about it's closing since being told by a friend. When asked how the idea for rebuilding the place came about, "Actually it was a conversation with a lady from Europe doing tai chi as I explained to her it was going away. She was telling me Tempura was the only reason she stays. And for a lot of us it was a daily fixture. So decided we would build something to honor the original build." Building had started March 30, "I have a few others that are on the build team, so it's a group effort. ...  One landscaperღJαℳεε Sαȿȿαƒґαȿღ (Nonya Markova), two provide content, Passion (Passionately Mysterious) and Luna Blue Larsen (Luna Larsen), and one manages requests for changes, Emera Sai (DeanaZhollis Resident). That's our staff. I have a good team of people that are good at what they do." 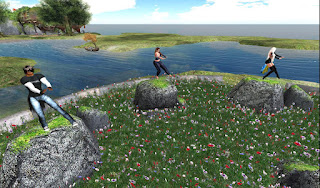 I pointed out the Tai-chi area and that already a few people were using it.  "Yea, Tai-chi was my favorite place," Tribish responded, "so its the first thing I recreated." If all goes well, the rebuilding should be effectively finished in a few weeks, "We're about 75% content in ... And once we finish the first draft of the build, that's when we will open it up to the public to start providing feedback what needs to change and be updated. From there, it will be a lot of slow updates, adding animations, adding seasonal stuff." 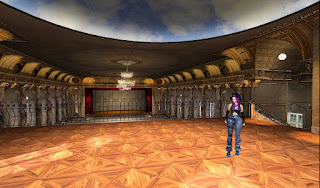 For the moment, no special or seasonal events are planned, "but who knows. If people are interested we will figure it out." It was brought up the ballroom was set up to handle events.

"The main thing is the fact we very intentionally did not exactly recreate Tempura," Tribish pointed out, "The Tempura team put a lot of love and effort into the original build. We wanted to create something a big up to date materials wise, but still gave everyone the feel they had for so many years. The core content is in the same areas and laid out as close to the same as possible, but updated for current mesh and advanced materials." 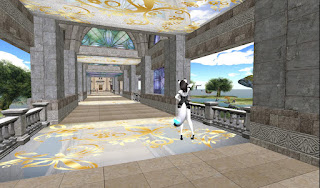 As stated, the sim is both open to the public and under construction. So there will be changes over the next few weeks. But by all means drop by.