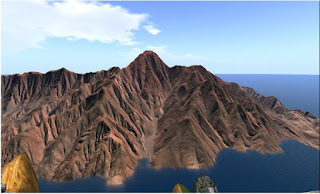 The Grand Canyon transports you to an adventurous oasis with thrills around every corner. Towering canyons surround you, where even a yodel can cause an avalanche! Rope climb along a cliff, bungee jump from the top of the canyon, or hand gland across the plains. A romantic hot air balloon ride will set the mood as you float through the scenic views of the canyon, with two different tours to take. Accelerate over hills on a motor bike, fly a helicopter across the sky, or parachute if you dare! 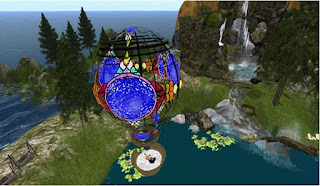 The Grand Canyon is the perfect spot to relax and take in the scenery. Complete with peaceful waterfalls and wildlife, this sim offers a complete camping experience. Choose from a small tent, rustic cabin, or even a towering tree house, and enjoy a great time with that special someone or group of friends. Take a horseback ride through the wild or deep into the canyons to really take in the picturesque views. Along the river sit canoes or a small boat to sail down through the roaring rapids. Looking for that perfect place for a marriage proposal? The Grand Canyon has the perfect spot to pop the question atop an extraordinary canyon bridge with a stunning backdrop. 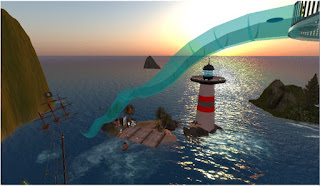 For the thrill seekers, plummet down the spiraling water slide leading to an underwater realm full of sunken pirate ships, treasure, and a mermaid park. Jump in a submarine for various tours of the deep ocean or scuba dive into depths of the sea to take in the beautiful coral and wildlife. Watch out for sharks, they can be lurking where you least expect them!

Head on over to the Grand Canyon for the adventure of a lifetime. What are you waiting for?

Britty Bee
Posted by Bixyl Shuftan at 2:00 PM No comments:

The Catacombs of Paris 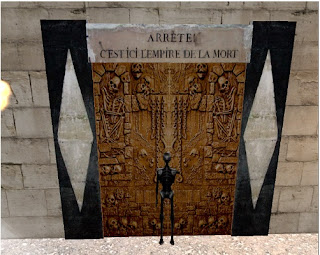 Beneath the charming city of Paris lies the dark, petrifying Catacombs of Paris. The Catacombs are an underground ossuaries of Paris, France located in the Mines of Paris tunnel network. These underground tunnels are located just south of the Barrière d’Enfer, the former city gate now given the name “Gates of Hell.”

The Catacombs were founded in the 1700’s when there were cave-ins and overflowing cemeteries. The remains were relocated to the mass graves of the catacombs and then the tunnels were reinforced. This underground necropolis is now a popular tourist destination, open to the public since 1874. 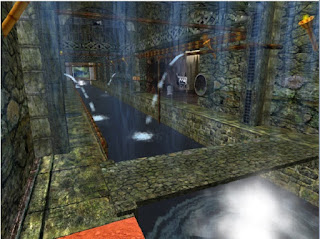 A quick climb down the sewer transports you to a new, grim world. The walls of the Catacombs are piled to the ceiling with the bones of the deceased. As you walk through the fog alongside the sewer, you’ll stumble upon old coffins and skeletons. The Catacombs are made up of winding tunnels, old tombs, and eerie artifacts.

Surprises lurk behind every corner, with secret passages and frightening scenes that would terrify even the most seasoned explorer. The wrong touch of a wall could lead you to a secret room or even a drawbridge. As you descend into the depths of the Catacombs, you can hear the screams of the dead echo throughout the tunnels, ghosts and orbs floating off in the distance. In the heart of this labyrinth sits a small boat that you can take through the entire route of the tunnel complex, where the Paris tour guide will give you an overview of the sites and the history of the Catacombs. 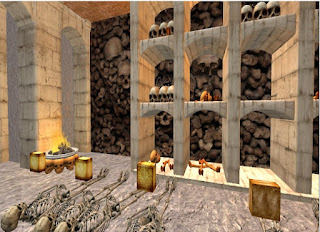 The final chamber features the most haunted area. This room is full of unhappy haunts and screams from beyond the dead. This includes a dinner setting that’s perfect for a dark evening alongside a piano playing ghost. Get out and explore the Catacombs the next time you’re feeling adventurous!

Britty Bee
Posted by Bixyl Shuftan at 11:00 AM 1 comment: 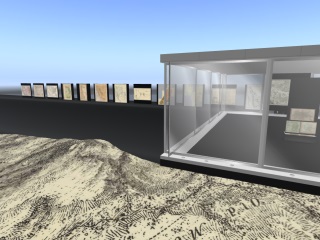 I found the David Rumsey Map to be beyond breath-taking. It shows maps of many different places in a historic view. People from many places in real life have gone here to explore many areas on these historical maps. Some have even stopped by the World Push Pin Map and pushed a pin to where they are. The place is simply remarkable.

Besides seeing modern-day maps, residents get a chance to view antique maps. By going to the David Rumsey Maps, it will take you to many places, this time in virtual worlds. If anyone is curious about these unique maps, I would encourage them to go to this place.

Taking a look at one of the notecards there, it had this to say: 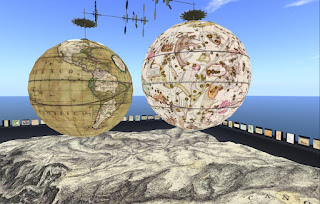 The David Rumsey Collection was started nearly 20 years ago, and focuses primarily on cartography of the Americas from the 18th and 19th centuries, but also has maps of the World, Asia, Africa, Europe, and Oceania. The collection includes atlases, globes, school geographies, books, maritime charts, and a variety of separate maps, including pocket, wall, children's and manuscript. Digitization of the project began in 1997.

The project was undertaken for numerous reasons: Maps are uniquely suitable to high-resolution scanning because they contain large amounts of detailed information, which can be seen more readily when the viewer is able to zoom in and enlarge images on a computer screen. Viewed over the Internet, rare maps become available to those who previously had no access to such collections or were not aware of the maps' existence. In their original form, maps and atlases can be large, delicate, and unwieldy. Digitization increases their accessibility, and combined with an online catalog allows the viewer a variety of ways to search the collection. Presenting individual maps in a digital format literally breaks the boundaries of an atlas's bookbinding, allowing the viewer to view single maps independent of their original encasing. With Luna Imaging's Insight® software, the maps are experienced in a revolutionary way. Multiple maps from different time periods can be viewed side-by-side. Or, the end user can create their own collection of maps by saving groups of images that hold particular interest. Complete cataloging data accompanies every image, allowing for in-depth searches of the collection. Materials that were created in America and that illustrate the evolution of the country's history, culture, and population distinguish the collection. 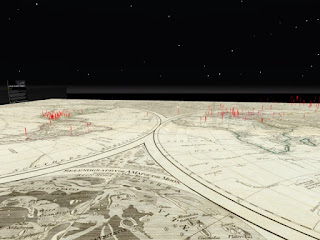 Close inspection of the maps often reveals the rise and fall of towns, mining excavations, the unfolding of the railroads, and the "discovery" of the American West by European explorers. The collection also includes European imprints containing maps of the Americas that were influential to American cartographers, as well as maps of other parts of the world distinguished by great craftsmanship, significance and beauty.

I would encourage anyone who's interested in maps to go visit the David Rumsey Map Collection. I've been there and it's fantastic.

For more information, check the link to David Rumsey's Second Life page on his website, which includes this video.

Posted by Bixyl Shuftan at 1:00 PM No comments: