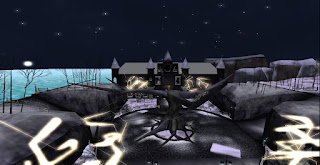 This little magical place here goes by the name of Spellbound, the region name being Raven Wood. Now you may be wondering what it is, and let me tell you that it is a wonderful and beautiful sim, even without the store on the land too! There's snow all around, dead trees, bright lights, everything magical. That isn't the whole point though, and the reason why is because this particular place has a store on it that includes just hair and accessories. While I haven't bought anything yet, I plan to hopefully soon. 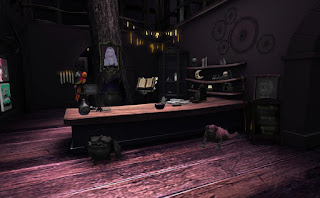 The owner of the store goes by the same name as the region, and I honestly think it's unique that it's like that. This store has a good amount of hair and accessories, but it's mostly pastel hair as far as I seen, and just cute little bows and hats that you'd think centers around the magic theme itself. I've explored the store and the land itself and it captured my heart because of the scenery and simplicity, but also has it's spooky features too. For me the spooky things were the symbol that you appear on after teleporting, the dead trees, castle, and even the greeters at the door too, fake ones of course for show. As far as I can tell and know, on the second floor there isn't hairs yet, but spaces of whee the images would go and such. While this sim wasn't active at the time of my adventure there again today to take the snapshot, people were still there 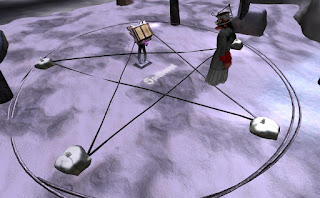 All and all I think it's a nifty place to be for those hair and accessories addicts and lovers, as well as people who like to take screenshots for flicker or tumblr, or even just to adventure around it like myself. I feel like the atmosphere was a mix like I said of magic, spooky, and cuteness. With that said I totally will visit this store and place again to get a few things there and just to look at everything. I hope you all have fun on your visit!
Raven Wood (124/96/23)
Bloodykitty
Posted by Bixyl Shuftan at 6:00 AM No comments: 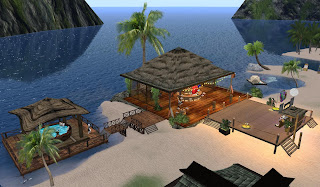 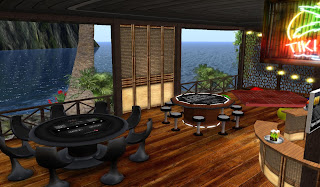 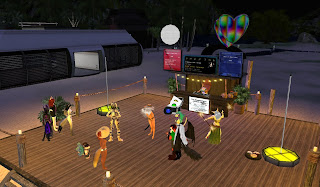 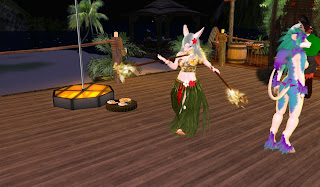 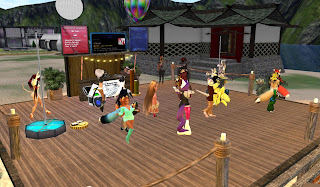