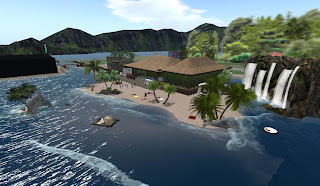 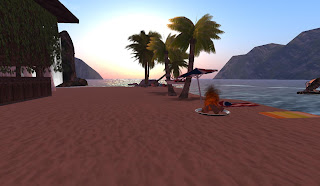 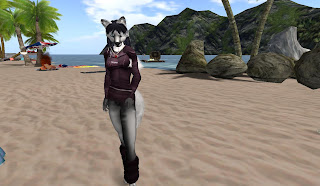 This week, and before, a number of events are taking place for the benefit of veterans in Second Life. Some of these are yearly events. Others are places which are always active and have special events. And then there are locations active throughout the year, and are simply more visible now. 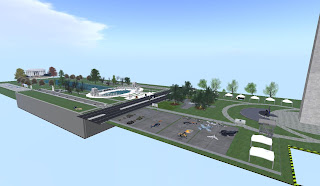 For the fifth year in a row, the Second Life Veterans Tribute will be taking place. Hosted by the Flying Tigers, the location is high over the WW2 Pacific sim. One reason it hasn’t been mentioned earlier by the Newser is the team hasn’t quite had as much time to get the word out. “The SLVT is a ‘ lil scaled back this year as real-life constraints did not afford the necessary time to dedicate it truely,” explained Wellhung Bagley, “We were fortunate that the Flying Tigers agreed to host it.”

The Tribute has a number of displays up, from airplane exhibits, to the Second Life Coast Guard, to the National Native American Veterans Association and more. But the biggest one of all is the Second Life World War II Memorial, “permanently housed on the sim. This Memorial is a scaled replica of the original memorial located in Washington D.C. The SL version was commissioned by the SL Flying Tigers and built by RL architect, Deusen Marx. The purpose of this Memorial is to honor the sacrifices of a generation and commemorate the Allied victory in World War II. “

The continuing feature from previous Tributes is the Memorial Wall, each block a contribution by a resident to honor a Veteran alive or deceased. Wildroses Pevensey informed, “We have some new blocks that are in the newer section of the wall this year, a drummer boy from the Union Army (he lied about his age and enlisted when he was 14). We also have a block of veterans, submitted by one of their brothers, he comes every year to honor them.”

On Friday Veterans Day, the Flying Tigers are scheduled to perform several flyovers.

For Saturday, the last day of the Tribute, the emphasis will be music, “this will be a combination of Live Singers and Live DJ's starting at 12 PM SLT. We are still working on the schedule but it is going to start at noon and go till it stops.”

Honour McMillian wrote, “They provide information, access to resources, classes, workshops, support groups and more. They also hold an annual festival to heighten awareness of this debilitating problem and the help that is available as well as education to address the widespread issue of stigma associated with any mental illness.“ Anya Ibor is the founder of the group. 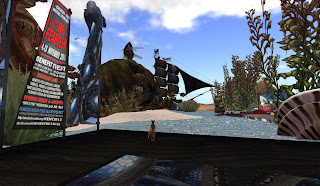 “I don't know anybody, including myself, whose life has not been touched or altered by mental illness whether their own or that of a loved one. One of the most heartbreaking aspects of this burden is the feeling of being "alone." Second Life and Fearless Nation help begin recovery by first addressing this issue and then providing the support and assistance necessary to ensure that the appropriate treatment for PTSD is received.”

For the month, two sims have been set up for an art exhibition. One can find displays from artists such as Trill Zapetero, Scottius Polke, and Bryn Oh.

Other places include the Garden of Rememberance, “The ‘Garden of Remembrance’ is there for all to visit in memory of and tribute to the armed forces from the UK, British Commonwealth, the USA and NATO, as well as for all the reserves and volunteers.” The place is a memorial with poppy flowers slowly drifting down, with pictures and poetry on the walls, the ground having fields of more poppies. The place is at RoBeck Land (211, 104, 33).

Finally, there is Patriot Island. This location is more than the location of a memorial, but also hosts an active military community with regular events. They frequenly hold fundraisers for the Wounded Warrior Project. They are located at the US Military Veterans' Center, Patriot Island (165, 125, 28)

There are of course many more locations, and much went on while exploring these featured ones which will have to wait for further articles. By all means drop by to experience for yourself, and search for more.