Memorials to Veterans in Second Life

One can find just about anything in Second Life. And that includes tributes to those who died in defense of their country. Almost two years ago, Second Life Newser took a look at some of the memorials on the Grid. Sadly since then, some have faded away. This includes the Vietnam Veterans Memorial. But there are also some additions. 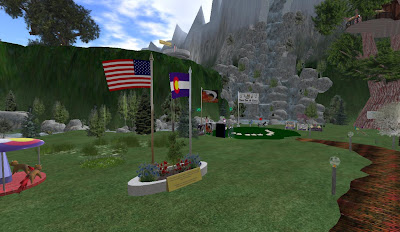 Although known more for it's Relay for Life events, Southern Colorado has a small veterans memorial. 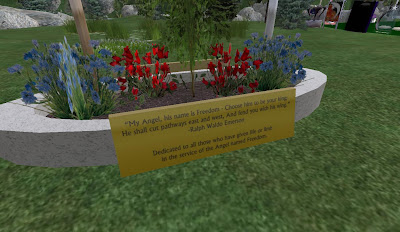 " 'My Angel, his name is Freedom - Choose him to be your king. He shall cut pathways east and west, and fend you with his wing.' - Ralph Waldo Emerson

"Dedicated to all those who have given life or limb in the service of the Angel named Freedom." 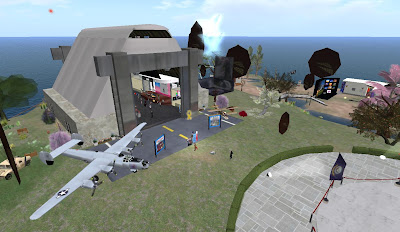 Patriot Island is home to a community of veterans in Second Life. It's also home to a replica of the Tomb of the Unknown Soldier. 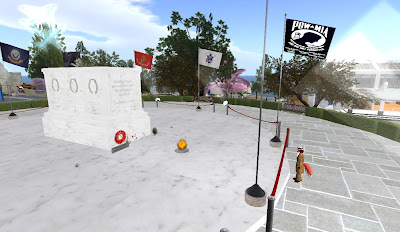 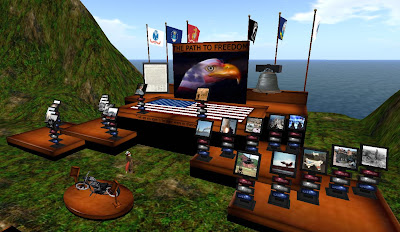 In the Thynk sim, there is "The Path of Freedom" memorial, "The Path to Freedom memorial was made in honor of all who have served in the U.S. Armed Forces and the millions that have been affected through the many wars that this country has had to face." 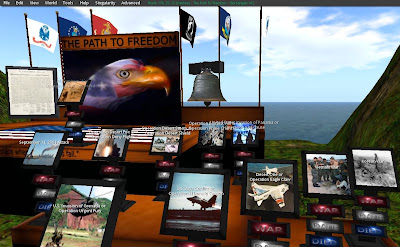 The memorial mentions well-known wars in American history, as well as the Indian Wars, the Cold War, and conflicts and operations in recent history (pictured just above), some well known, some which have become smaller historical footnotes. 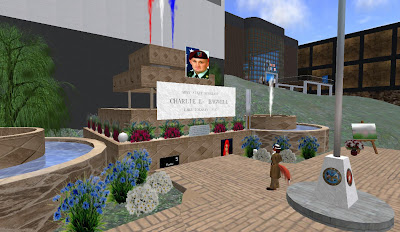 In the Arena sim, the Operation Enduring Freedom Memorial, a tribute to the soldiers who fell in Afghanistan. The wife of a veteran got the help of Jade Opel and Jester Knox in building the memorial. The name on the stone and the picture changes every few moments.

"My husband is in the Army and was stationed there for a year in 2005, and left Jan 24, 2007.  His first deployment, fortunately they only lost one soldier from their unit, but many others have died.  This is my way of honoring those that gave their lives for this country." 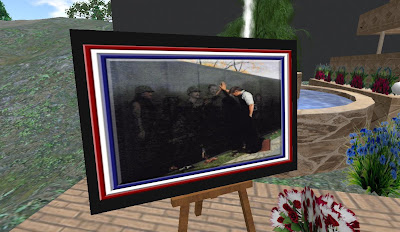 "And as of 27 May 2012 there have been 4222 visitors,  I reset it by accident, I am actually amazed at that number and I am sorry I have not kept the memorial up to date, however RL has taken priority and it's toll on me, so I hope you will forgive me.  I haven't forgotten about any fallen hero, I have just been delayed.

"If you are also interested you may donate to the following places.Armed Forces Relief Trust (www.afrtrust.org).  The people help the families that have lost loved ones in Iraq and Afghanistan. Operation Family Fund (http://www.oeffamilyfund.org)  They help provide help to the families and also to help build a memorial on the lost soldiers behalf." 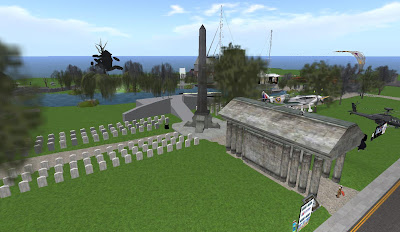 For those looking for a British memorial, there's one in the London area, the Tower Hill Memorial in Knightbridge. 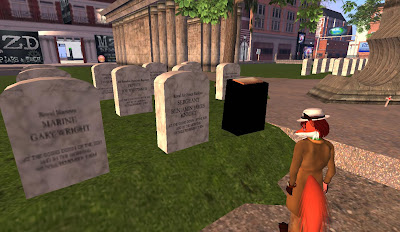 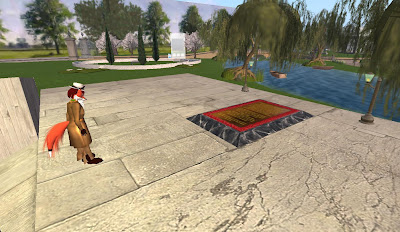 No doubt there are other memorials, so by all means don't stop looking, and honoring.

The Derby at Areo Pines

This is the first time I have been able to get to a Kentucky Derby party in Second Life. I was invited to the 138th Kentucky Derby running at the Aero Pines Park in Equus. I donned my hat and got going! 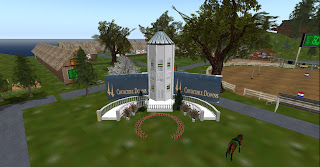 Equus, one of the numerous sims of the Aero Pines Park and Recreation center is very horsy, with a stable and a race track. You can rezz a horse to ride the many delightful trails across the many sims. There was an enormous TV set up in the  middle of the race track for the race and a wonderful viewing center with a full bar. The mint juleps were delicious and refreshing as we waited for the race to start. 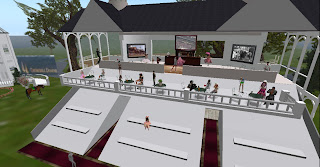 There were about 34 people in attendance. The enthusiasm was tremendous. Every one had their favorite horse. Some had money on a horse in real life, so had more invested. A couple were from Louisville so knew the intense interest in the race and everything surrounding it. Most were wearing the “obligatory“ fancy hat that women wear all over the place at Louisville during the race time.

As we watched the TV feed practically in sync with the real-life feed, Areo Pines owner Cindy Bolero made an announcement, “Other news! The Aero Pines Park Equestrian Center will also be known as Virtual Horse World starting this summer. We're doing a makeover of the facilities to better educate new users of SL with the many types of horses created in SL. As you know it is quite overwhelming for newbies. We're also taking the firefighter training here to another level, but we feel the blend with the equestrian center, airport, and biker roadhouses will still blend well.”
All in all it was an excellent event and Cindy Bolero is to be congratulated on the build made just for the race.There will be replays on Sunday with parties.  Aero Pines is a wonderful place to visit. There are always so many things going on  according to the season. Take a trip there and pick up the landmarks card.
Gemma Cleanslate