Recently, Second Life Newser was informed about a content creator, Maxwell Graf, praised for having quite detailed work, closing one of his sims, LagNmoor, to protest Linden Labs’ lack of action about someone copying his work. Hearing more about him, Second Life Newser went to talk to him about the situation. 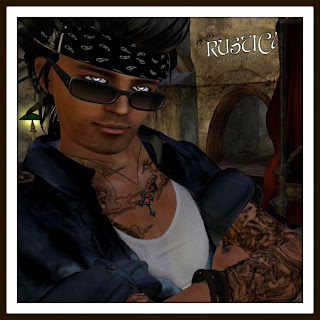 Maxwell was more than happy to talk to SL Newser, “In my three years, I’ve filled a few dozen DMCs. Never had a single account banned. At this point, it’s a combination (of the hassle), and sales dropped, can’t afford the tier. Theft had a lot to do with it. That’s about it, but mostly about not giving (Linden Lab) the $300 tier. ... deleting the sim as a protest.”

Maxwell complained the content theft policies were little more than, “a loophole for Linden Lab to wash their hands. People file DMCs to counter (the thefts). The only thing left to do is take it to real-life court. A couple people had their sims copied. Linden Lab did nothing. They (the sim owners) took them (the copiers) to court.” Max told that when he talked to them, they advised him not to do what they did, it cost them a lot of hassle, and money, and after “six months of litigation” the judge gave them only $150 for all their trouble.

I understand things take time, but the thieves get wind of this and in four days all your stuff is gone. Once the cat’s out of the bag, your only hope is LL bans those people. (The thief) stealing for a while, stole from others. I’ve been getting email from others. ... A marketing tool designed to make it look like they are trying to do something. Instead of doing something, the Lindens, to my knowledge, have done nothing at all. The Lab was aware all day yesterday. There’s actually more content out there now than before. This (thief) is brazen.”

“I don’t mean to sound all-important. This ***hole’s going to steal from someone else after he’s done with me. Who’s next. What message does this send to anyone trying to build here. It’s kind of like giving them a green light. I don’t know what Linden Lab is up to, but it’s getting harder and harder to run a business here. There is no social accountability. It can make life a living hell for people. The tools are very much there for Linden Lab to press a button and get rid of the guy. If you get caught stealing, how many would they lose from the grid if the did that? (pause) Maybe that’s the answer.” 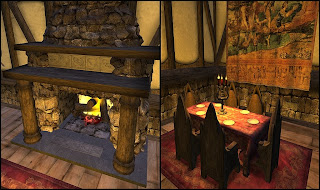 ““I don’t expect to have major results from this. But maybe this will help get rid of that knucklehead. I’ll save my $300, and get my message out ... send a signal. People ... ask the Lindens what’s going on. Get them to change their policy. Stranger things have happened. I’ve seen my work, my friends, my competition, the people who make the content for this place ... My place is a drop in the bucket. But all my friends, Second Life would be less special.”

“It’s a bad situation, frustrating. This one sim was continually ripped off. ... let me do it in a way that gets attention ... The Third Party Viewer policy has failed. Linden Lab can’t stop all theft, but there’s a difference between (spotty enforcement against theft), and handing them the keys to it. I can’t say how much they can do to stop it, but they can act to discourage it.“

“I’ve been doing that for a long time. One of the United States’ Founding Fathers, ‘Artists don’t fight wars and revolutions: they start them.’ Can I start one? I don’t know. Maybe people will listen. Maybe someone at LL will listen and do something.”

“I feel sad. I would like to be able to fly the Linden flag again. What they created, What I did here ... Thank God M is gone. But Philip, things weren’t perfect either under him before. ... I don’t want this to be another ‘Facebook.’ “ 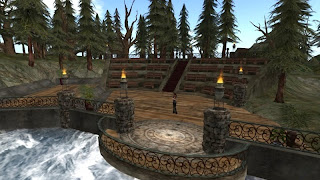 “I’m not doing this to hurt my customers. My stuff will still be available for sale in the Rustic Castle. But at some point, I have to cut my losses. I would like to have been able to keep all of my sims. It’s really disheartening. I’m saving some money, but ... It shouldn’t be happening, but it is happening to many folks. Took me two years to make it. “

According to his blog, Maxwell deleted the LagNmoor sim at approximately 3PM on June 26. On the map, it appeared only as water. He complained that while investigating after his complaint, there was even more stolen goods of his in stores then before he filed. In her blog, Paisley Beebe talked about an ornately designed theater she held two shows from, about to fade away with the rest of the artistically built sim. Crap Mariner was to the point, “So Phil, what are you going to do about this?”

As Maxwell stated, he continues to sell his goods in the Rustic Castle.