Reader Submitted: Blast From the Past - Fox Haven 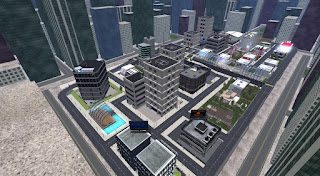 There are many places in Second Life which inspire a sense of community, but Fox Haven was very special in this regard. Many of the former members are still friends to this day, even if they no longer use Second Life. Now no community is without controversy, and the main community ultimately ended up folding long after it left the Second Life platform, but I will not be focusing on that controversy out of respect for the parties involved. I will instead be focusing on the good times and what made this community special. It was my first true home in Second Life and I was once good friends with the founder. So let’s take a ride to the past and visit what was Fox Haven! 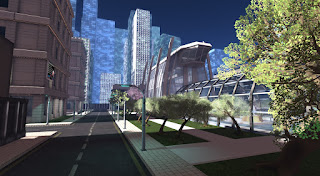 It all started with Slavasesh. He had felt that there wasn’t a safe place for him, his friends, and others to hang out at within Second Life. He ended up renting a parcel. The early members helped to name the community and it became Fox Haven. As the community grew, he eventually used his resources to rent a sim. The sim eventually included a city in the sky level and a forest on the ground level. It’s popularity grew and his one sim quickly grew to two interconnected sims and he began renting out homes on both sims. I first found the sim through a friend named Anthony. I soon ended up renting a home there and quickly became friends with the owner. I started out my Second Life career there, picking up stray prims, doing “sim checks” every day. I slowly worked my way up to other roles such as DJ, club manager, sim manager, and eventually sim co-owner along with Slavsesh and Digimbyte. 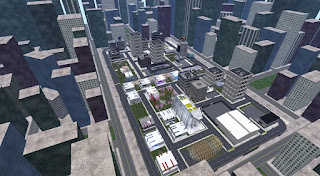 I actually never originally wanted to be in any role of power, but I was fond of everyone there and I really believed in the spirit of the community and wanted to contribute in any way that I could. Thus, I took on any role and helped out with anything I could. All the core members of Fox Haven were close and supported each other and helped each other grow. At one point, a user named Acey had a previous partner and friend pass away. The community came together to support him and keep his head in the right place. In his own words: “Fox Haven as a whole provided me with a place in Second Life that felt safe where I didn’t feel afraid to approach people because everyone was friendly and I could almost always count on someone there to cheer me up by making me laugh with jokes or funny gestures; sharing the latest creations or gathering in their houses and watching media together. I didn’t have many real life friends at the time so it definitely contributed to a positive state of mind, knowing that these random avatars in SL weren’t just pretending, they genuinely wanted to hang out and have a good time. I felt welcome.” This was a sentiment that most members, including myself, agreed with and it’s what kept us logging in every day to hang out or do our part to keep the community thriving. 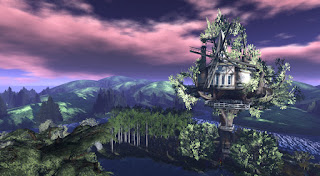 One of the biggest contributors to the sim was a pink deer named Dawny. Even when he left Second Life to focus on his real life business, he would return to donate L to keep the sim going. One of the first clubs on the sim was named after him and called Up ‘til Dawny’s. Even with Dawny not around, the name stayed for much of the sim’s life. At one point I had messaged Dawny on FurAffinity and he was surprised that the name was still in use years later. The club featured many talented DJs, a couple of which were DJs and producers in real life. I learned how to DJ and make flawless transitions between songs from one of them. The club was mainly a great place to chill and have a good time with friends. It eventually got a new name (Future Haze) and a beautiful new sci-fi minimalist building with a fish tank glass floor created out of smart objects by Digimbyte.

As time went on, it got harder to keep two sims going and Slavasesh eventually moved to just one sim. I was there at his real life house when he purchased and originally set up the new sim. However, Second Life was changing, and smaller tight-knit communities were suffering. On top of this, real life was pulling Slavasesh away and it got to a point where it wasn’t worth keeping a full sim going for a hangout spot. Despite this, Slavasesh kept the sim going as long as he could, because he didn’t want his friends to no longer have a home on Second Life. Despite his commendable efforts, it got to a point where he just couldn’t keep things going, and many logged in one day to find the sim gone. However, the community lived on in Discord, and many of the core members are still friends to this day and keep the core values alive.