A new info hub and yavascript pod station launched earlier this month at Da Boom. Announced via the Pod Rider's group on the 4th September 2019, this hub is right in the ancient heart of Second Life, in the first ever region to appear on the grid in November 2002 before the official release in June 2003. 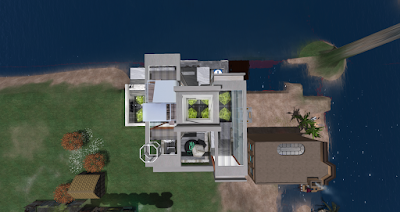 If the construction of the hub looks 'old school', that's because it is. The tower-form example of characteristic SLArchitecture is constructed using original, pre-2003 prims created by Philip Linden. 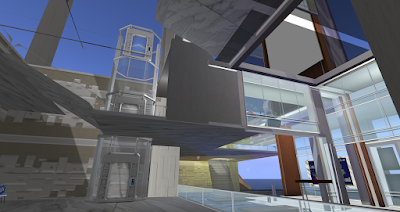 Although a work still “under construction” the hub looks open for business. It has a clubby feel, with the second floor being a dance floor, perhaps nodding to the fact that this site was formerly occupied by the popular Alt-Zoom dance club. 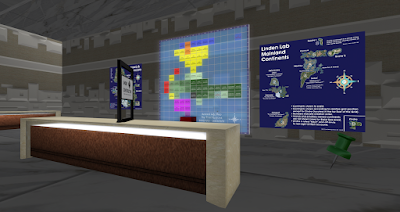 The ground (or water) level features a museum of SL history and the docking for pod tours that depart from here. The museum is having fresh material added every day, and currently displays some maps showing the development of the grid and some artifacts of early primmage from bygone SL. At the moment visitors can hop on a yavascript ferry service (F3) which goes through many interesting regions of Micronesia to terminate at Aluluei. The trip takes about 15 minutes. 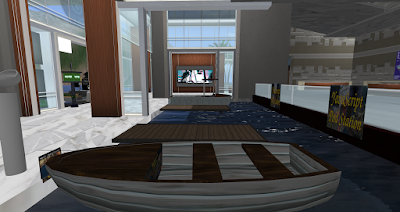 A pod can also be rezzed for the longer S1 Historic Second Life route. The regions radiating from this zero point on the grid are the very earliest to come online in Second life. It’s very rare for them to become available for sale and the terrain is noticeably dynamic since they do not have the terraforming limits imposed on later regions. The first 16 regions, known as the San Francisco regions, were all named for real-life streets close to the original Linden offices. 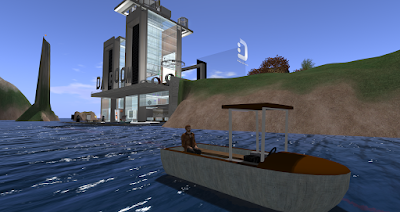 Jessie David, the creator and manager of the new infohub is almost as old as the prims that make up the building, having rezzed in April 2003, making her one of the first 10,000 residents. 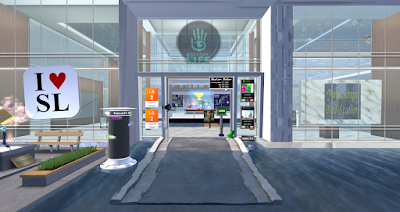 Da Boom infohub has a group for event announcements and gifts. I anticipate it will be a great starting point for any of our readers who want to discover more about the fascinating history of our world or any oldbies who fancy a little reminiscing.

Editor's Note: Six years ago, DrFran Babcock did an article about Da Boom around the time of Second Life's tenth anniversary.