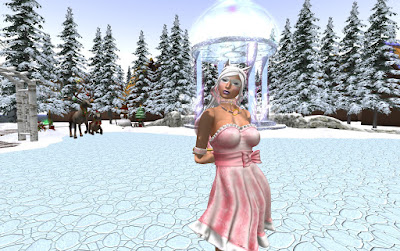 Every December, Safra Nitely decorates her sim of Devon Dream into something out of a Christmas story. 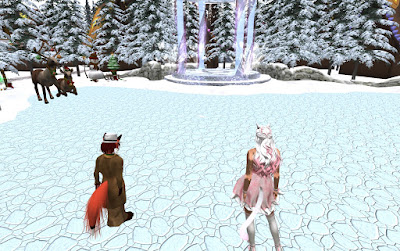 I recently dropped by to get a few pictures, and have a few words with her. 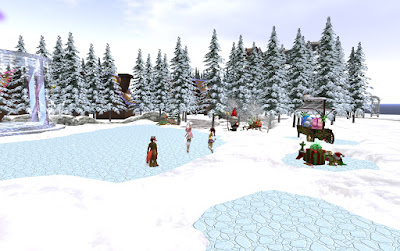 Much of the area was covered by a pine forest, with snow on the needles. 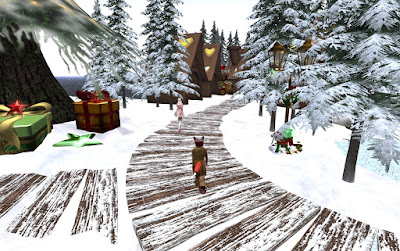 There was a walkway going through the forest, with occasional scenes such as a few presents placed here and there. 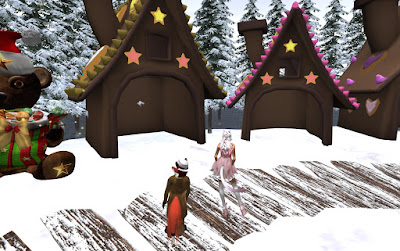 One thing that is different this year is that Safra has some stalls up for any merchants interested in setting some wares up for sale, for free, "free maket stalls for content makers, try make it a viable marketplace for two months." 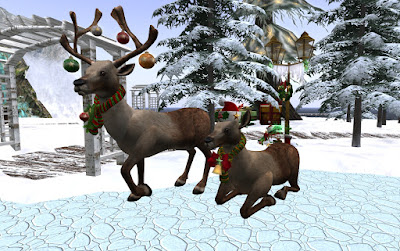 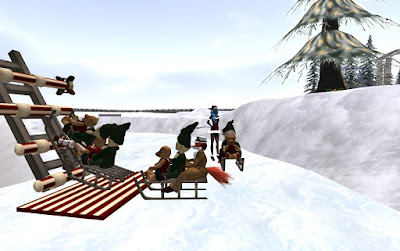 Safra wanted there to be some interactivity, so she had a couple rides set up in the area. 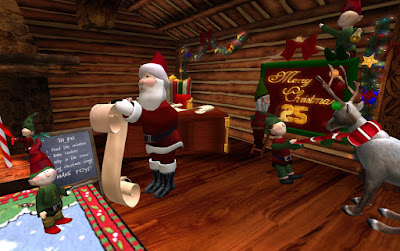 In one cottage, Santa and his elves are getting ready for Christmas. 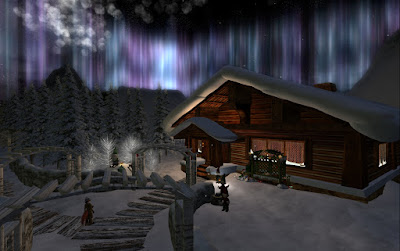 Dropping by later at night, the place had a whole new look, with the Northern Lights visible in the sky. 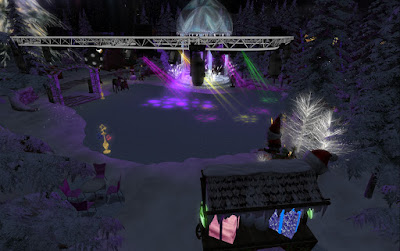 There was a dance floor set up on a frozen lake, with lights and a DJ booth. 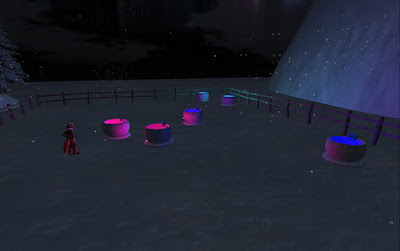 The teacup ride area looked different at night, with some of the cups lit up. 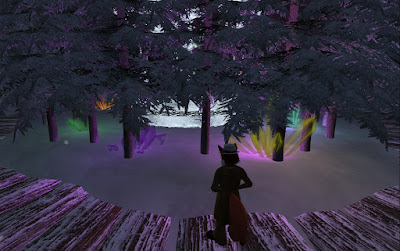 This time while going through the forest, there were crystals helping to light the way.

Don't forget to drop by Devon Dream this Christmas season