A few weeks ago, I got hungry for cleaning out my landmarks folder and went to visit some of the oldest landmarks I had to see if they were still up and running. One of these places was the "8 Bit Area", over in the Leiter sim. Originally it was a place where you could walk around in a floating 8-bit land, complete with [?] Blocks, coins to pick up, a chain chomp bouncing around, and a small store with various 8-bit items inside. There was even a "death" function, where if you fell off into the water, or got crushed by a Thwomp, you'd "die" and thus get teleported home. Anyone got a 1-Up handy? 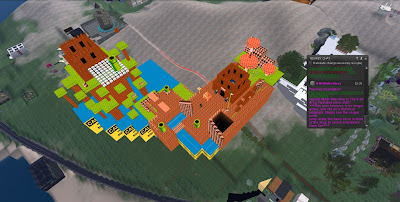 So on this trip, I found that the place had been regulated to "archive" status. No longer active and down what appeared to be about half its land, now there was a "landmark block" sitting in front of the store. This led to a place called Electrobit City, on the Electrobit City sim. 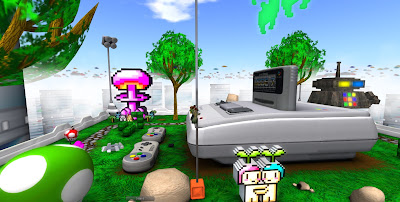 Teleporting there, it was quite the surprise. Decked out with a Super Nintendo (well, Famicom) as its centerpiece, the place has what appears to be a club inside it, and various nooks and crannies to explore. Wandering around, I found what seemed to be a tutorial "pole" that when touched, created a little "buddy" that showed you around the place and explain a couple of things to do (like climb the pole, or stand in certain areas to make "!" symbols appear that you can click on). 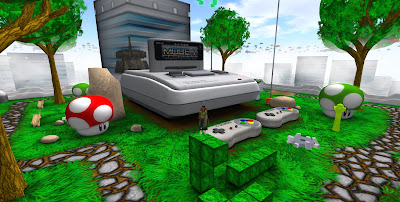 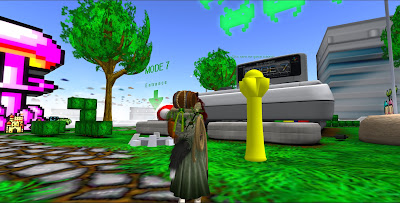 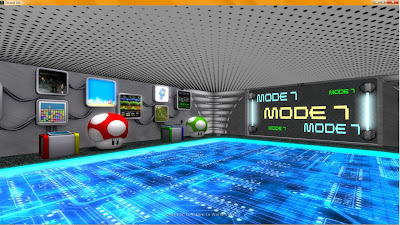 Then, there was the "VR Node" in the corner. Clicking on the picture on its side activated it, and when the "!" appeared to click on, I was whisked away to a REAL 8-Bit area. There are many pipes to jump into and around (some with "!" you can click on to go from one pipe to another)... there are Goombas to squish, Thwomps to avoid, coins to collect. If you're hit by a Thwomp it sends you down a long shaft of death where you're sent back outside to the front of the Famicom at the start of the sim. 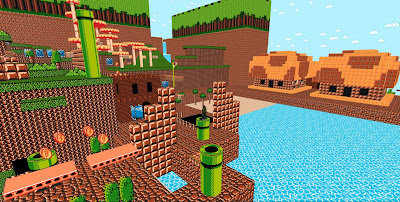 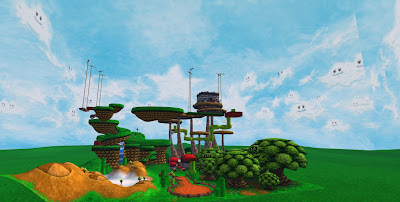 I'll say this right now. Five Dragon Hoards out of five, immediately. The effort put into this really shows and there are a lot of things to see and do. I'd known the original creators had been wanting to do a LOT with the original 8-bit area up in Leiter but after so many years of being in "stasis", I'd thought the place abandoned. It's really good to see that it was not given up on and that something like this now exists on the grid... with a lot more to come, I expect. There are two "lands" right now, but I figure there will be more as time progresses. 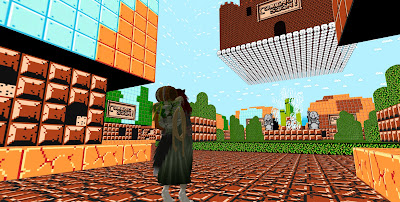 I'm currently in the process of tracking down the creators for an interview, and when I have it, I'll post it here.