I recently was contacted by Restless Roizman. For those who remember SL Newser's predecessor paper SL Newspaper, Restless had worked with them very early on (link). More recently, he's been running a place called Pets Sanctuary. 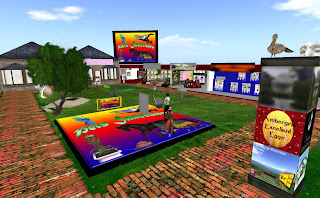 The Pets Sanctuary is at the southeast corner of the Atlantis World sim, a storefront shopping mall of pet shops, with many of the critters you can get in the stores free and moving about. "More like a menagerie here than a pet shop," Restless joked. Looking around, there were rabbits, prairie dogs, even pet rocks that were rolling around. "They talk to you to," Restless told me, then directed my attention to one prairie dog, "I am a Prairie Dog, not a Prairie Cat." 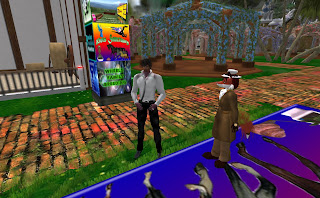 When asked how he got started, Restless answered, "Originally it was just Precious dragons. Then we expanded with other pets. The dragons decreased to one small shop, and the running bunnies and rocks and other things expanded." Restless says new pets come in frequently, "There are new pets all the time. We try to keep a stock of older ones too. People search everywhere for turtle food or bat food." He showed me a store which had vendors for both breakable bats and spiders, as well as food and related items, "all the supplies. We try to stock most (of the items for the pets we sell). if we don't have it, we will try to find vendors."

He then rezzed a dragon, "That's a Bregon. We have loads of eggs.  If it isn't out, it's in my inventory." He mentioned the creator of the Precious dragons had been keeping track of sales, and told him he had over 1500 eggs of his dragons alone. Restless had most of the dragons in his own inventory while his partner Sudidi Surya had others, "she owns the rabbits, and has several other pets." She had about 27, "not including ducks and Poneexz." He then drew my attention to one shop with greenery, "And then there's the plantpets." Being plants, they don't move, But they do grow, "and produce seeds. They do need to be watered. If the water level is kept above 20% and below 90% they will produce a seed every 51 days" 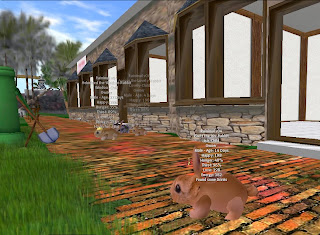 Restless' favorite pets were those from Ranio Tenk, "They're the funniest we have seen, so we leave them out. Most say 'I'm hungry' or 'I want a cuddle' or 'I'm starving.'  These say stuff like …" He directed my attention to one of the prairie dogs, "A french fry walks into the bar and says to the bartender 'Hey, could I get a beer please?' The bartener looks at him shaking his head and says 'No, we don't serve food here'." After a few chuckles, Restless added they only needed food if you wanted to breed them.

Another pet Restless liked were the Zwickies, "They're apparently aliens. They fly, and have a great light show when they breed. … We seem to have the most niche pets here." They had a few horses in their inventory, but none running about. Some shops he and his partner own. Others are rented out to others. If a renter is selling a pet Restless or Sudidi have, it's their policy to remove it from their own stores.

As for what's selling the best right now? Restless told me on this one particular day, plantpets sold more than anything else. But over the past week the big sellers were breedable spiders and vampire bats. He reasoned people were getting them because of Halloween. "One thing I never had was meeroos," he told me, though explained one could get them in a friend's sim. 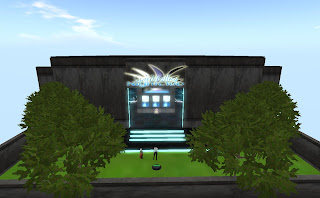 The remaining three quarters of the sim is a mix of private homes and public spots, "The rest of the sim is rented out to all sorts. (It) is a mixed commercial (and) residential." A little space is for some garden pergolas  and trees he makes. A group has meetings there, the "Respect Yourself" group. There's also a club, SpiritValley Studios owned by Timber Wolfenhaut. The club at one time resided in the Sunweaver Estates before it temporarily closed it's doors. The club is a couple thousand meters in the air, but it has a smaller building on a ground with a teleport that takes you up to the club.  There's also a number of private residencies on the sim. Most are considered private property.

Restless Roizman manages a number of other sims. But Pet Sanctuary is his own.