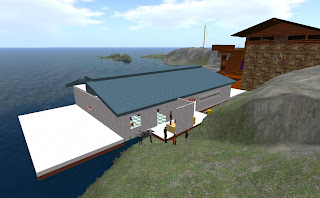 Schizophrenia is a mental illness that many people know little about. In Second Life, an exhibit was built in the Sedig sim to help visitors gain some understanding of what those who suffer from the condition go through. Recently Gentle Heron took people on a guided tours through the small but informative facility, one of which I joined. 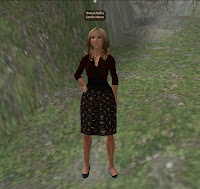 Gentle described schizophrenia as falling into four types. With paranoid schizophrenia, people afflicted can feel anxious, angry or argumentative, and that others are trying to harm them or friends/family. People with disorganized schizophrenia may have problems thinking and explaining thoughts clearly, show little emotion, and display childlike behaviors. Catatonic schizophrenia can mean lack of activity, rigid muscles and posture, odd facial expressions, and being unresponsive to others. Fourth is undifferentiated schizophrenia, which may include symptoms of more than one of these.

"Schizophrenia is an equal opportunity disability. It affects both men and women, and usually develops in late teens or early twenties. It develops slowly, with the severity of symptoms increasing and decreasing. It is difficult to diagnose. There are no medical diagnostic tests for schizophrenia. Usually, a psychiatrist makes the diagnosis based on interviews with the patient and family members. Antipsychotic medications are the most effective treatment for schizophrenia. These drugs change the chemical imbalance in the brain. That is how they help control symptoms of schizophrenia." Gentle did note medications can have "significant" side effects.

"When the schizophrenia is active, termed an 'episode,' the person may need to be hospitalized for their safety. When the disorder is less active, support groups, behavior therapy, social skills training, and support and education for family members of persons with schizophrenia are all important. What causes schizophrenia? Nobody knows. It does appear to have a genetic component. If you have a relative with the mental disorder, you are more likely to develop it. And people who have the genetic susceptibility seem to respond to triggering events." 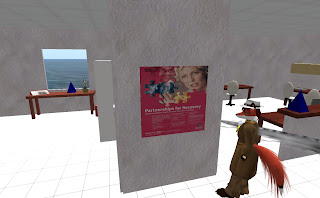 Before going into the exhibition, Gentle warned us some people found the experience deeply disturbing, as it was meant to simulate the hallucinations schizophrenics have. Getting the experience involved clicking on a yellow can, getting a yellow badge, and wearing it. Once inside, activating the badge fully meant clicking on another yellow can and choosing male or female. It was then that the badge I wore began spouting voices, full of negativity and depreciation, "you're worthless!" "You disgust me!" "Kill yourself."

Gentle told us for anyone who found the experience too much could always detect the badge to stop the voices. The exhibit had several rooms, with occasional blue cones that when clicked explained some of schizophrenia's symptoms. Gentle told us the place was built from actual patient experiences. One room showed laptop computers flapping open and shut. With one poster, the words seemed to change to from a similar-sounding obscenity. One room described an incident in which one
schizophrenic was urged by his voices to pull a gun on some police. The voices went, "you have five seconds to get the gun, get the gun out of the holster, get the bloody gun and shoot yourself … shoot all the bastards." 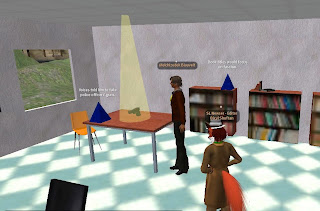 "How would it be to live like this," Gentle asked us, "with no knowing if it's real or not?"

One lady in the group described one family member who had the illness, "(I) had a brother who heard these voices. (I) took care of him all my life. He also saw things. All this was real to him. He did not ever hear the voice to hurt others. But he did hear the ones directed toward him." When asked about what advice she had for others, she answered, "understand they do not have control over the voices. Sometimes the voices tell them not to take the medications too." She described at times having to urge him to bathe, shave, and eat, despite that she was almost to feet shorter than he. At one point, he disappeared for almost two years and was found in Alaska in the dead of winter in December.

Virtual Hallucinations was built by professors and honors students from the University of California, Davis.