Last Look at the SL10B

From June 16th to June 30th, the Second Life Tenth Birthday took place. An exposition as well as an anniversary, numerous exhibitors put up a number of builds. Although some were basically advertisements for stores, many showed much creativity and amusement. Earlier, we looked at several exhibits (Click here for the link). With the show now over, here's a few more. 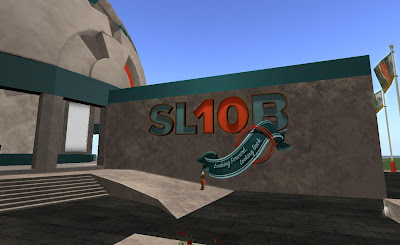 The outside of the Auditorium, with it's large SL10B logo. 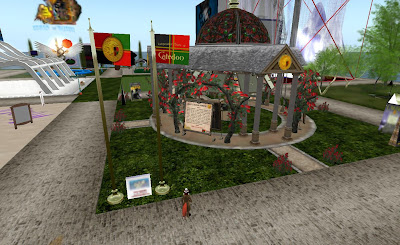 Caledon, a steampunk-themed community, had an exhibit. This one was specifically around Caledon Oxbridge, which has a newcomer-helper area. 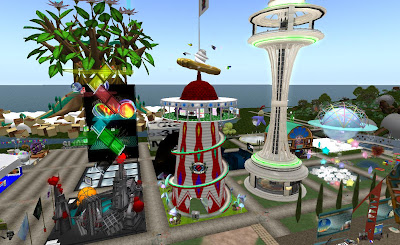 Raglan Shire, Second Life's largest and most well known community of "Tinies," had one too, next to Qwark Allen's telescope. It had a few freebies, some comments by residents, and a slide down from the top. And at the top was a giant waffle (for those who don't know, there's a repeating gag among tinies about waffles). 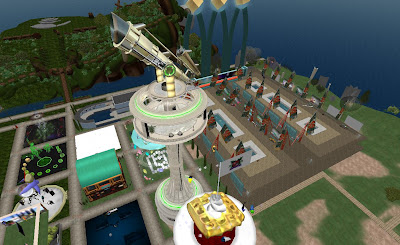 A better look at Qwark Allen's telescope. Great for observing Saturn's ring around the collar. 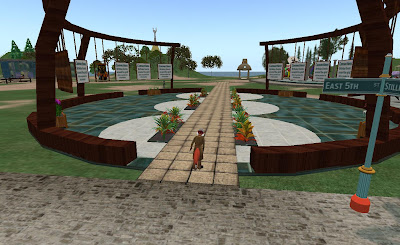 A park area near the entrance. 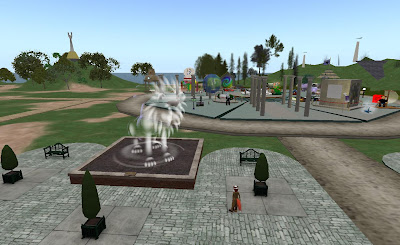 A "ghost lion" also at the park area. 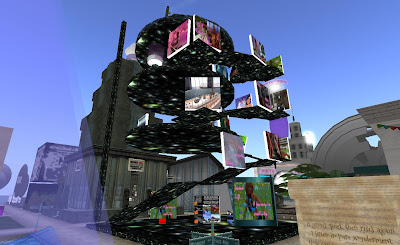 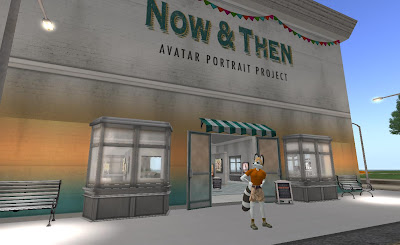 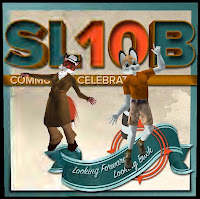 The "Now and Then Avatar Portrait Project," with the starter "Furry" avatar I first entered Second Life in.

And here's my own "Now and Then" picture. Actually, the "Fox News" look I'd had since about eleven months after coming to Second Life. While I've gotten other avatars, this remains my everyday look.

"Some things never go out of style." 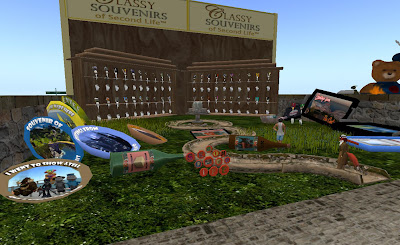 DrFran Babcock's "Classy Souvenirs" build. I took one of the early maps as a memento. 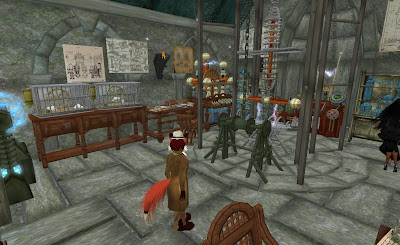 Near DrFran's place was a mad scientist's lab. 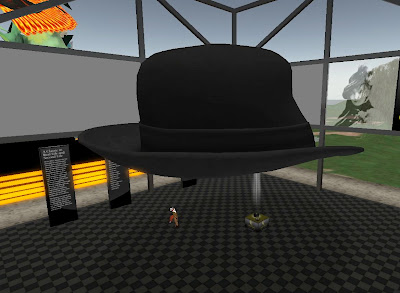 A giant Fedora hat in one clothing store's build. 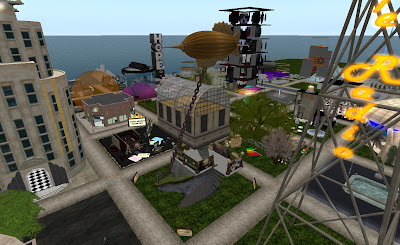 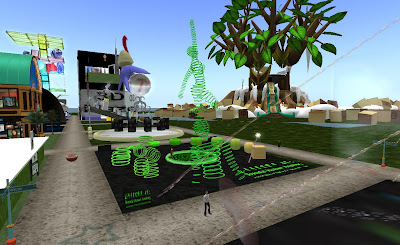 This exhibit near the "7Seas" build was about how to make a ring sculpture from a prim. It offered a freebie ring avatar. 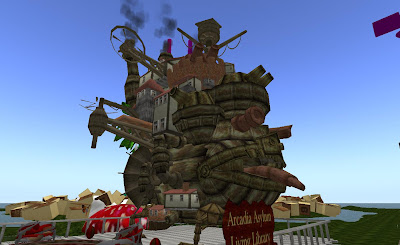 This build from "Arcadia Asylum" you could take home, at least this part of it. Among the freebies given away was a copy of this. At least it was according to the picture. I forgot to open it to make sure. 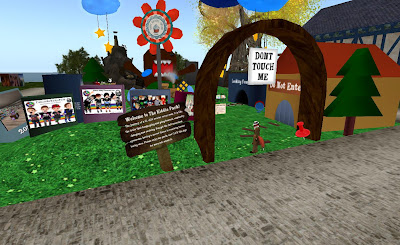 "Kiddie Park," a child-avatar themed build. One's attention goes to the "Do Not Enter" building. But there was a hole in the roof, which allowed one to see in without entering. The interior remarked, "Isn't it amusing that the human mind automatically wants to do the things we are told not to do ... we're all like children inside after all." 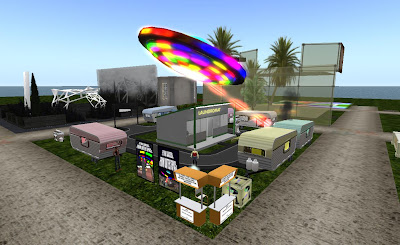 The "Flying Saucers From Outer Space" build. This was made partly to advertise a radio show tribute.

I dropped in about the time Geo Meek was rehearsing one of the episodes. Unfortunately, the role of the old lady in the trailer park went to him, "what a drag." 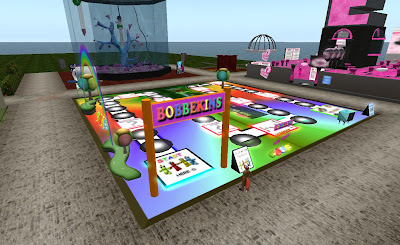 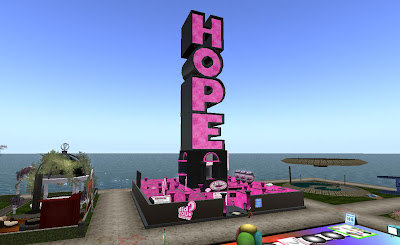 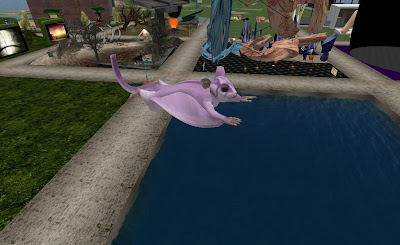 From the Gatcha Arcade exhibit, one could get a landmark to their location of the month where one could put 100 Lindens into a game, and get a mesh sugar glider avatar. They can move about like a human or furry avatar, and they have some great flight animations. 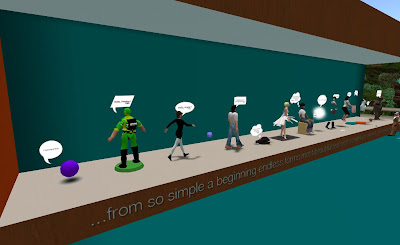 A display of avatar progress throughout Second Life's history, from the "primitar" avs of Linden World to the mesh avatars of today. 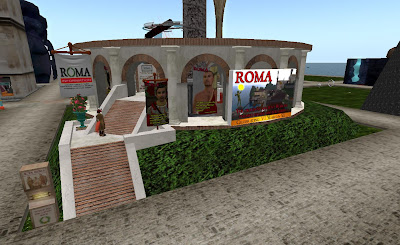 Inside was a workable chariot, which one could get on and ride around it. 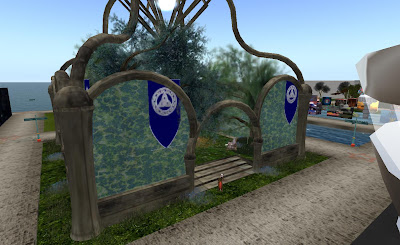 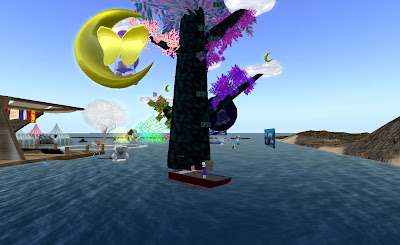 One of the water sim exhibits, a mousegirl catching money falling from a tree. 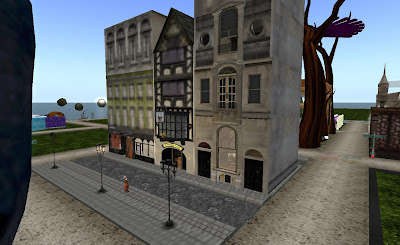 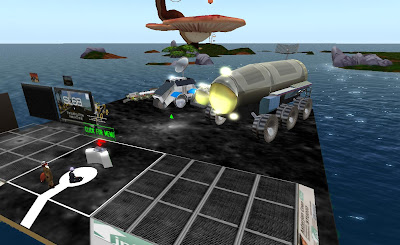 Asterion Coen, a man who worked with some noteable builds in the past such as the NOAA sim and it's onetime neighboring "Virtual Earth" neighboring areas, had an exhibit there. Just press a button, and a build like these lunar vehicles would appear.

Asterion and I chatted for a while. It was his opinion that Second Life was lucky to have made it to ten years. Linden Lab, he felt, just didn't have the business sense to get the Grid more of an audience that it had, and poor decision making had driven businesses, and thus revenue, away. 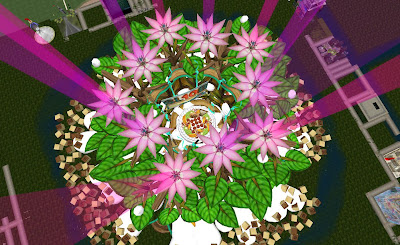 And the center of the SL10B grounds, the cake stage, seen from above.

For more pictures on SL10B, check out the Flickr page: http://www.flickr.com/groups/slcommunitycelebration/pool/.

That's it for now, our last look at the Second Life Tenth Birthday. It was a joy covering it, and we're looking forward to number Eleven.