In September, I found out about a new place set up for those entering Second Life for the first time: Learning Island. Combined with Social Island, set up at the same time, the result is an improved experience for newcomers.

Since the beginning, Linden Lab had set up a place for those brand new to the Grid to learn the basics. First there was Orientation Island, which was a nice beach area with music and a trail that led to various tutorial stations. But with only ten percent of people registering bothering to finish, the Lab looked for something better. In 2010 came the Welcome and Discovery Islands, where the beach look was replaced with high-tech looking white buildings. The reviews on them were mixed.

In March 2012 came Destination Island. This was the simplest setup, where newcomers found themselves in a circular arched building with a "Tutorial" window popping up and giving them basic instructions. Newcomers had a choice of several portals to walk through, each which would teleport the newbie to one of the sims of the portal's category, "Music," "Art," "Roleplay," etc. Not much of a start before going out into the virtual world. In July 2013, Uccello Poultry wrote about a new process, one that she felt had gone from "horrible" to "something even worse." She described her new newcomer alt as being simply dumped in a shopping area.

The new Learning Island resembles the old Orientation Island than the other previous starting places. Or if one wants to get technical, Learning Islands. There is a group of several to the northeast of the Heterocera Atoll continent, with lone ones to the west and east. These are open only to brand new accounts. So once again, it was time to create an alt. 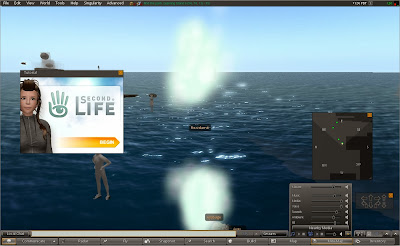 My alt Rezzdarnit's first view in Second Life: Cloudy with ocean all around. Note: I was using Singularity as the official viewer doesn't work on my machine. The majority of new accounts would most likely use the official one. So perhaps this would simulate a new user who did a little research, found many older users disliked the new viewers, and went with one some preferred. 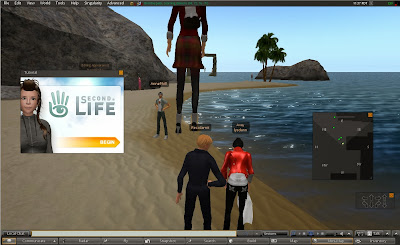 After about a minute, everything was rezzed. Looks like someone else came in just after I did. And for the lady to the right of me, she had to take care of something while logging in. 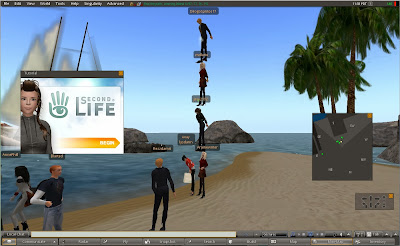 More people logging in before the one just before moved. Reminded me of the avatar stacking at Luskwood some years ago, though the physics were different then. 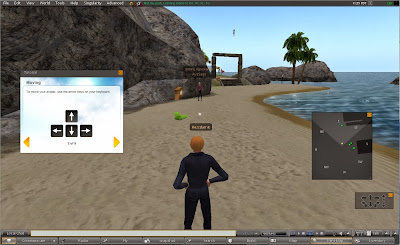 Like Destination Island, there's a tutorial window for you to follow. The difference this time, there's room around to get your virtual feel wet. Literally if you go into the water. 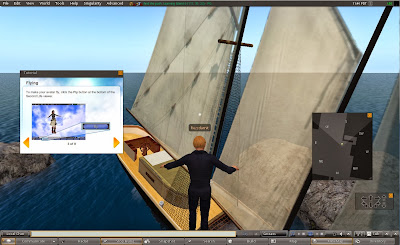 The island had some detail, such as ripples in the sand, lumps in the rocks, palm trees, and this shipwrecked sailboat in the rocks. Something a newbie was liable to check out when testing out flight mode. 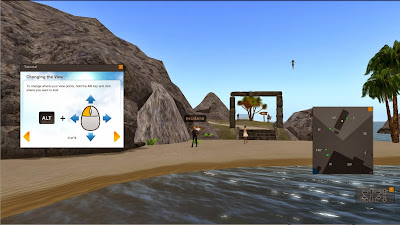 Going on, one goes around a corner and to the left. 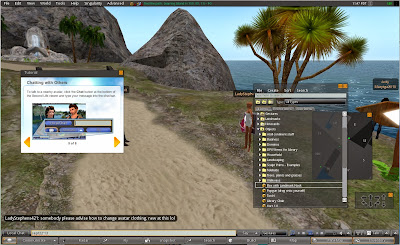 Most avatars spoke nothing as they went about, even though the tutorial encouraged it at one point. Eventually though, someone finally needed a little help and asked. 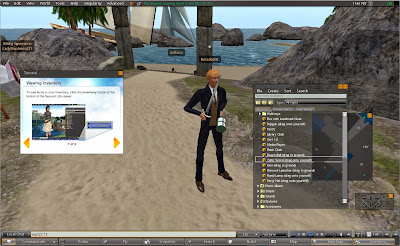 Avatars start out with more than just the clothes on their backs. The tutorial tells newcomers to check their inventory for something they might find interesting. In this case, looking like one's ready to go adventuring. 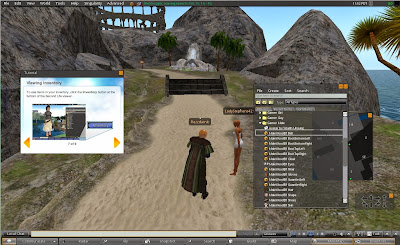 I also found the other avatar sets, skins and outfits, in the newcomer's inventory. 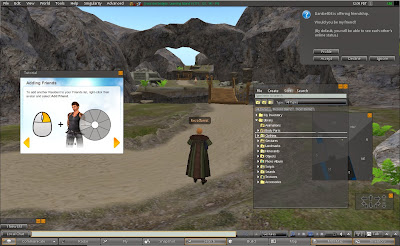 And eventually, someone sent me a friendship request. 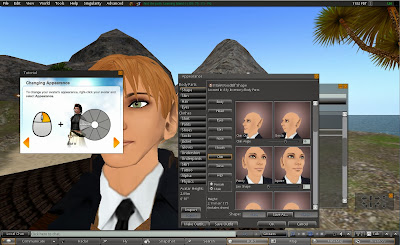 Editing appearance, something those experienced are quite familiar with. Those coming in for the first time would notice quite a large variety of options. Note the default height of 6' 10". Although quite tall in real life, it's no secret the majority of residents have been tweaking their height to be taller. So perhaps Linden Lab was saving newcomers some of the trouble. 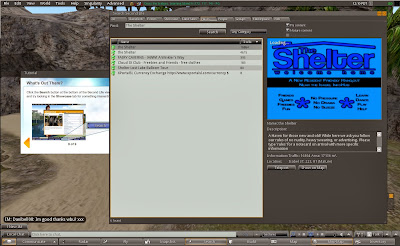 The Search function. If a newcomer was told about "The Shelter," it comes up. I forgot to do a search using "new" or "newcomer." 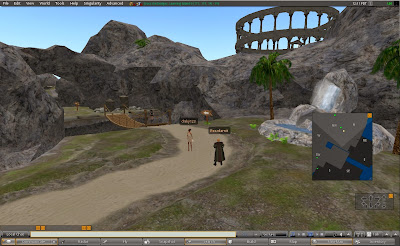 Going on, eventually one comes to a bridge. And then a second bridge, in which one has the option of flying up, jumping up, or walking up using the steps. 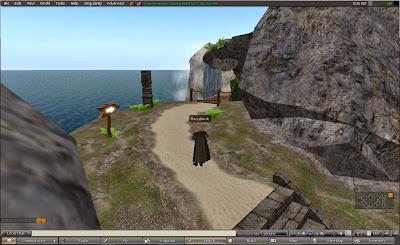 Going around another corner. Uccello Poultry in her observation of the island reasoned that many of the details on the island "are not custom-created items for this build, but are pre-fabs anyone can buy in-world or on the Marketplace." 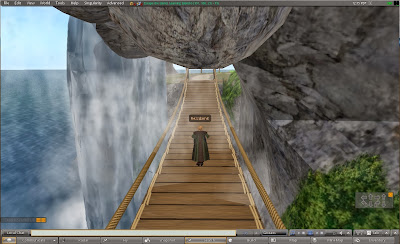 Going under a waterfall. 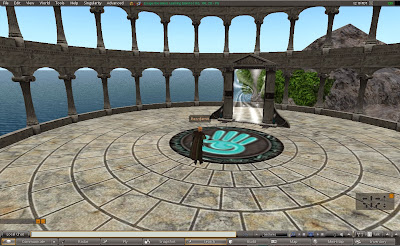 The path ends at "Escape The Island" where newcomers find an arched structure much like the one at the old Destination Island. But there's only one portal this time, just behind the Second Life logo. 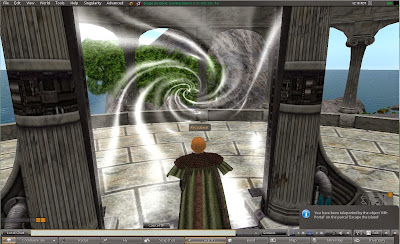 The last thing a newcomer sees before his/her next stop: Social Island.

I found the experience a world of difference from Destination Island. It is far, far, better. Compared to the old Orientation Island, one doesn't have to wait for signs or hologram hands to rezz before the next step of the tutorial. I casually went through in about fifteen minutes. Uccello thought a newcomer might take 45 to comb the entire place. She also gave it a positive review. 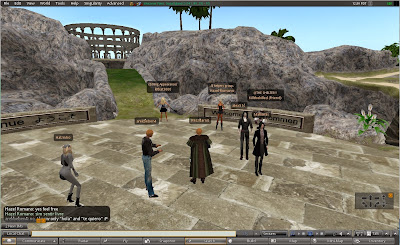 One of the better improvements: newcomers are not simply cast out into the virtual wilderness, but are ported to a newcomer friendly place where they can relax and get help from volunteers. This will be covered in more detail in another article.