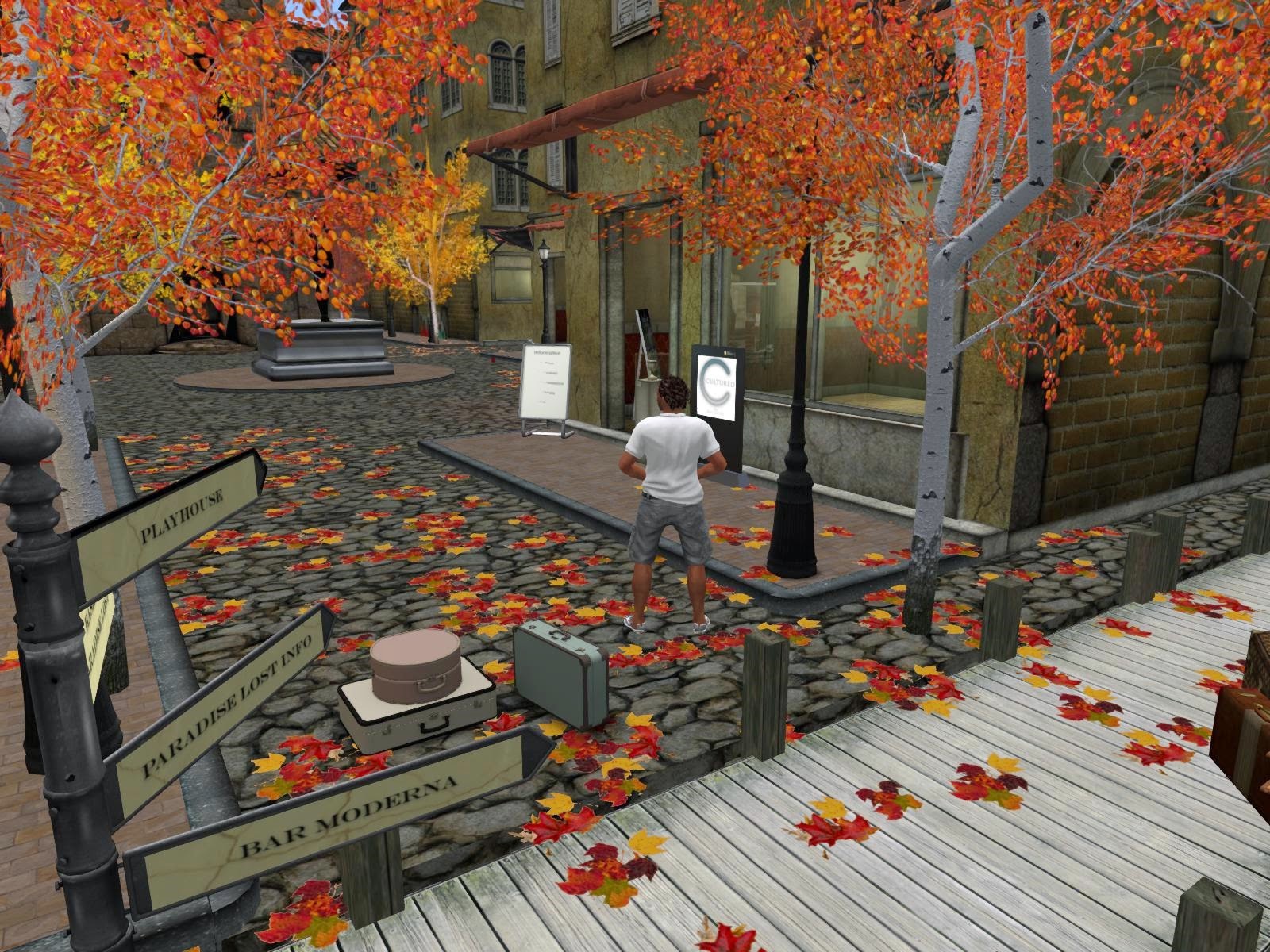 Basilique Town is a small Italian city recreated within Second Life! The town was created and decorated in January 2013 by Canary Beck and Harvey Crabsticks. The place is nicely decorated and you really have the feeling that you are in the real life Italian city Basilique. It’s really amazing how they actually recreated the whole town.
I found the music a nice touch. In the chapel and Bathouse, 1930s tunes are played. House music is played at the modern bar. There are both parties in the Baththouse for members, and DJs performing for crowds at the Modern. There are also chat salons where a dozen members discuss a planned topic for over 2 hours.
Then there is the Basilique Performing Arts Company. Their performances are over for the year, though there are future productions coming in 2015. But up to September 21, they were doing performances of a Second Life version of "Paradise Lost," and "Romeo and Juliet 2.0" 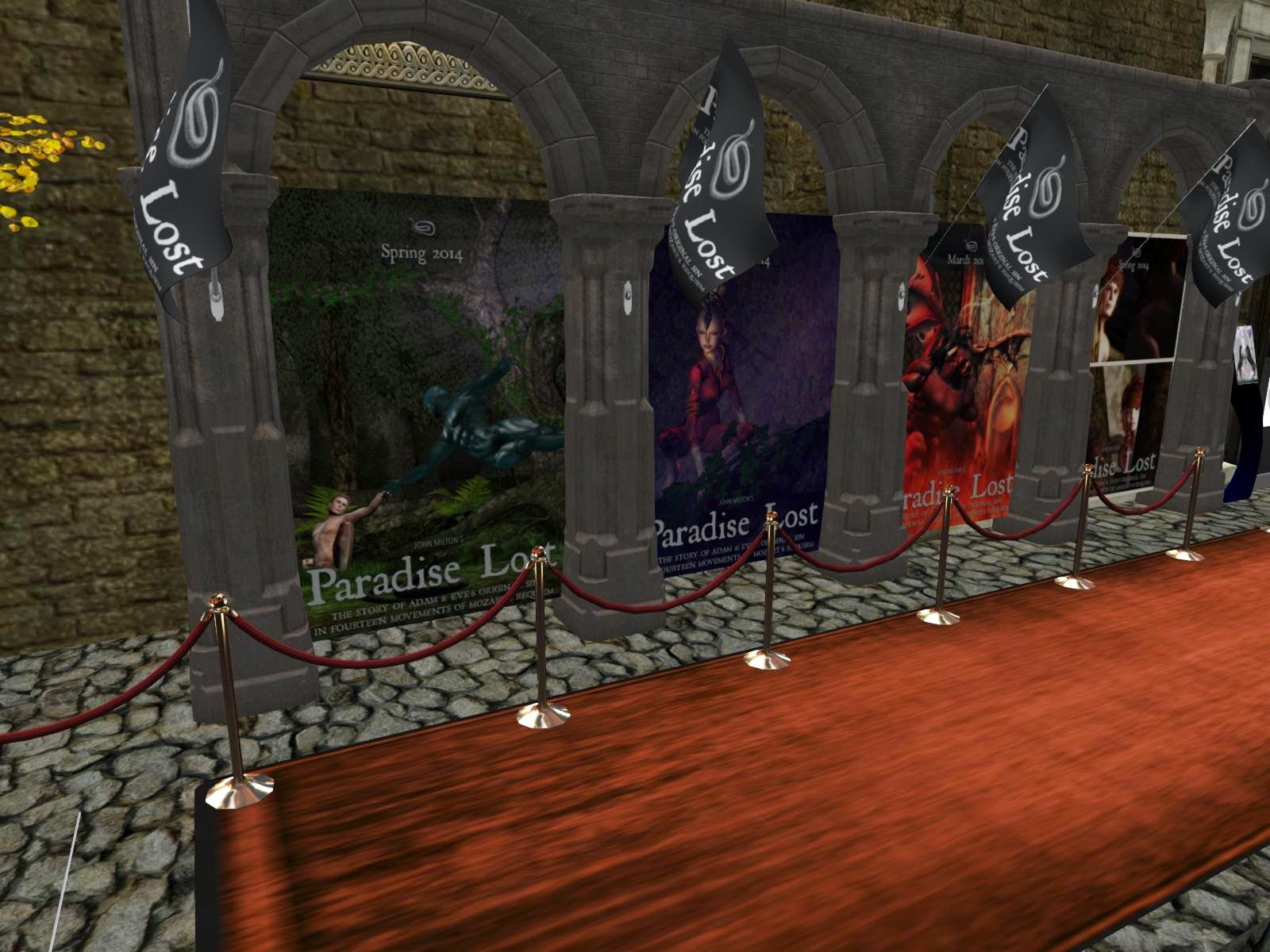 This sweeping story features 43 characters, took over 1000 hours of development and a budget of more than L$250,000 to produce. You will come away saying that this is one of the most amazing things you have seen in Second Life. Don’t miss this unbelievable opportunity. Book now. Tickets are available on the Second Life Marketplace. Second Life’s most ambitious performing arts company presents an adaptation of John Milton’s Paradise Lost. Following their “masterful adaptation” of William Shakespeare’s Romeo and Juliet, The Basilique Performing Arts Company returns to tell the story of humankind’s original sin. Choreographed and set to the fourteen movements of Mozart’s Requiem, this is the story of humankind’s creation by God, temptation by Satan, and expulsion from Paradise.
<iframe width="560" height="315" src="//www.youtube.com/embed/fFzBv6g7vX4?rel=0" frameborder="0" allowfullscreen></iframe>
(Click here if the video fails to play, possibly not safe for work) 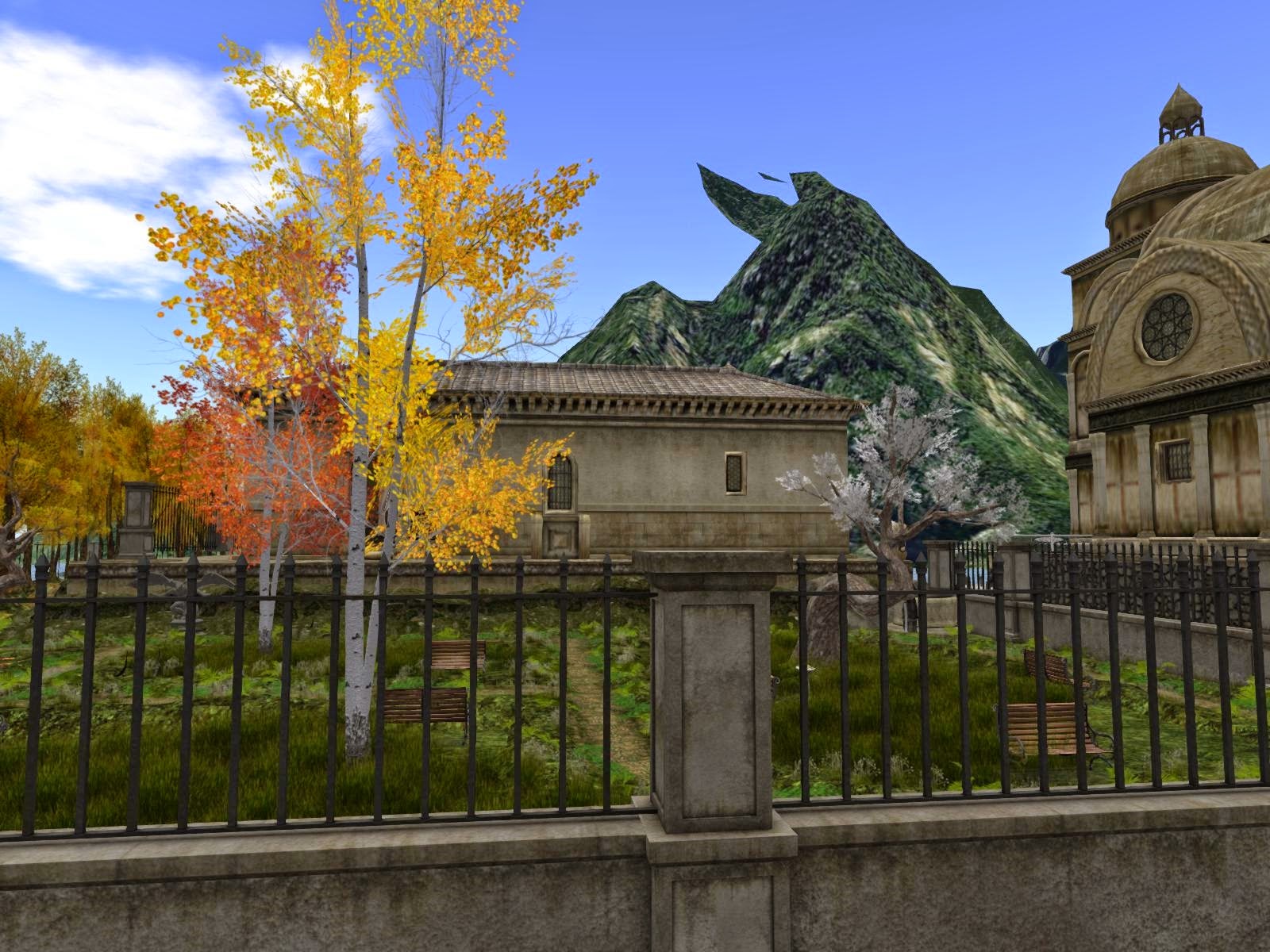 In my personal opinion, it’s a nice town that has been recreated within the Second Life environment. This is a very nice place that you can visit if you want to relax a bit and just have a look around.
If you want to know more about this place you can find more information on and also about events, you can also find more information about Canary Beck and Baslilque Town on these links :
about.me/canarybeck
http://canarybeck.com/ (Blog)
https://www.facebook.com/canary.beck (Facebook)
https://twitter.com/canarybeck (Twitter)
http://bit.ly/X7NOxJ (YouTube)
http://bit.ly/QS0bwd (Google+)
http://bit.ly/RnK8pZ (Flickr)
http://soundcloud.com/canary-beck (SoundCloud)
https://my.secondlife.com/canary.beck
Wesley Regenbogen
Posted by Bixyl Shuftan at 6:00 AM