"Something Amazing" And Other SLB 12 Exhibits


Going about the SL12B Exhibits, there are a lot of them. Some are fairly simple. Others have a good amount of detail. Here's a few examples of the more noteable ones I've come across. 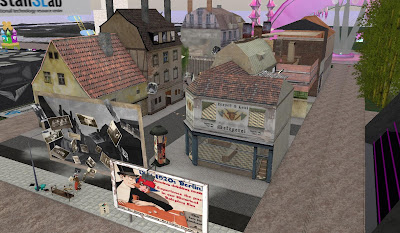 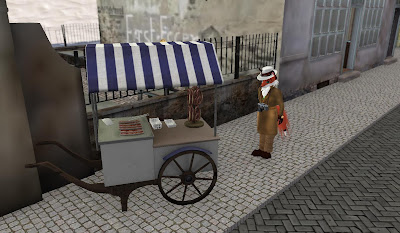 A sausage and pretzel cart was there like in previous years, but clicking on it didn't get me anything this time. So none of my "wurst" jokes this time. 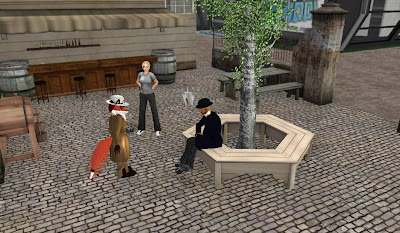 I didn't see anyone in the bar, though there were a few people at a public square, two of them fans of the Berlin sim. 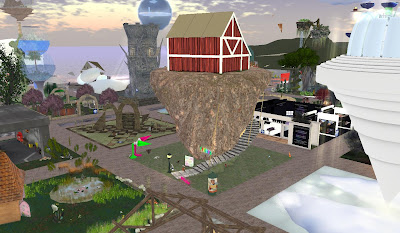 Kenny Luckless, a longtime resident, had his "Something Amazing!" exhibit at SL12B Electrify (194, 52, 22). A sign at the walkway up the build read, "Hello! My name is Kenny Luckless, and I like to be in Natoma where I often build things that become silly freebies. When you are here, you has to explore by zooming and by use right click to see if you can take a copy. If you want to learn how to build, you can always visit 'The Ivory Tower of Primitives.'" 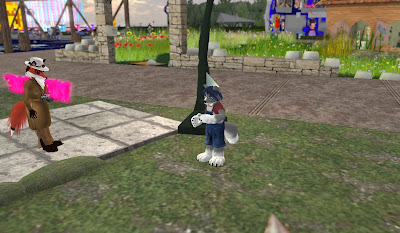 Kenny was there, and was happy to talk about his build. He had gotten the idea from, "A huge floating island, (an) old build that did fascinate me when I was new." There were a number of freebie items one could pick up, "Then are many things here things I just tested to do." The "point" of his exhibit was to encourage people to build, "And to explore and learn to use right click (smile). I would love to see them try to make similar things." The build was a combination of prim and mesh, "The stairs here was prims I converted to mesh. ... I often build in SL and export to Blender and make them to mesh." 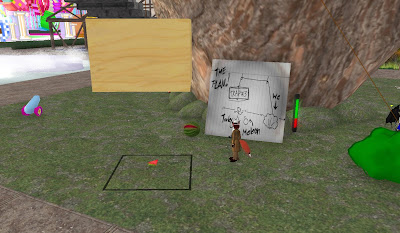 There were a few signs around, as well as some more subtle messages, most done in humor, "Some are Linden and Mile jokes, and silly jokes too (grin)." He handed me a couple, "I shall try (to) make one moer with a Ebbe joke to before SL12B is over(grin)." Kenny then asked me, "Did you see the trap?" He directed my attention to a box trap with a slice of watermelon underneath, with a plan nearby showing the target: Torley Linden. The idea was to hide in the bushes when Torley was near, then press a button there when he went for the watermelon slice, "I has still not manage to capture a Torley (grin)." 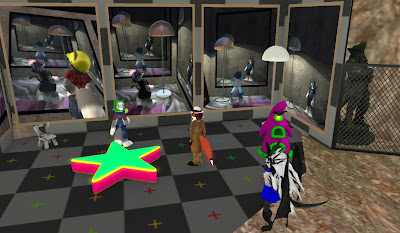 Going up the walkway, there was a hollow area inside the build, where there were pictures of Kenny, as well as more freebies and things one could grab. On top of the rock was a barn, made not by Kenny, but by Marcov Carter. Before leaving, Kenny directed my attention to a Linden coin on the grass, "Textures are inside so they can do a own or make it better. ... I has not do anything serious at all. I has to look so all is good in Natoma." 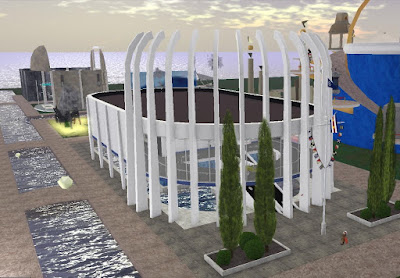 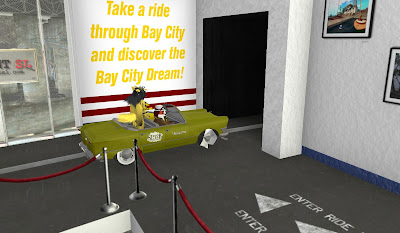 In her "Poultry Report" blog, Uccie Poultry stated Marianne had help from ADudeNamed Anthony on the exhibit. There was also a ride inside that she explained was based on the one from the Ford Wonder Rotunda in the 1964 World's Fair in New York City. 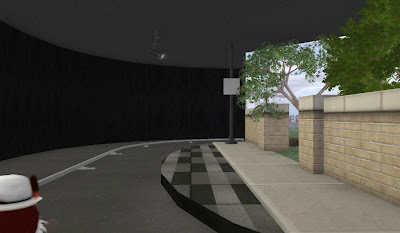 The ride was one describing how Bay City came to be and how it represents the mid-20th century North American urban experience, as well as being the community which a number of residents are a part of. 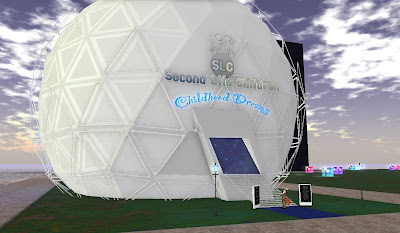 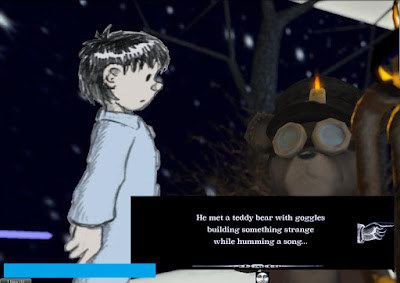 Loki's exhibit involved a story that progressed as the character went along, about a weary man who dreams of being a child whom goes on an adventure. 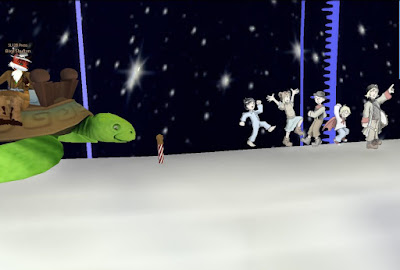 In Loki's blog, he stated that the exhibit was one from the Second Life Fifth Birthdayin 2008. "It was a collaboration with friends of the Chid Avatar Community to build a large interactive story book. The hope being that it would enlighten people to what the child avatar community was all about." He had brought it back for those whom weren't around then to look at.

One can read more about Loki's exhibit (here).

These are just a few of the exhibits. Many more besides these are available for view, at least as long as the Birthday grounds stand for the next several days.

Posted by Bixyl Shuftan at 8:00 PM