Safra Nitely, a friend of the Second Life Newser, likes to give her sim of Devon Dream a Christmas look every year for her friends and Second Life family. So I decided to drop over to take a look. 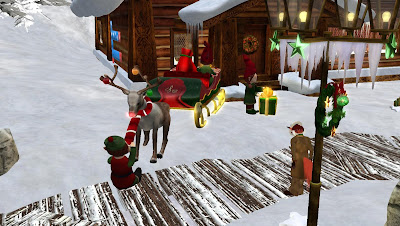 When I first teleported to, I saw a walkway. And going down, it soon led to an elven workshop, where Rudolph was being less then cooperative as the little guys were loading Santa's sleigh. Perhaps out of eyesight, the elves expressed a mischievous streak and the bright-nosed buck got tired of their "reindeer games." 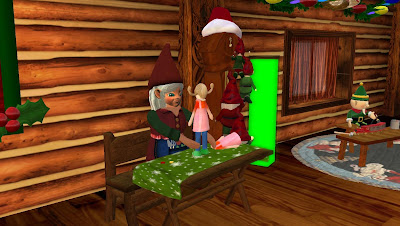 Inside the workshop, some of the elves were busy making toys. One was a lady sewing a doll together. Another of the little guys was working on a train. No sign of any computer games though. Perhaps they were in a place not open to visitors. 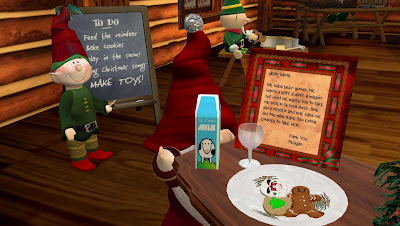 The elves had a "to-do" list, and had a "breakfast in bed" tray for Santa, complete with a letter from a kid. St. Nick might have trouble with one of the rascal's wishes, though. 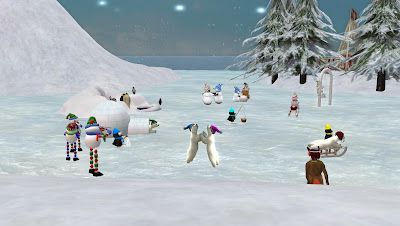 Outside the workshop, there were some animals and snowmen frolicking, including penguins diving into a swimming hole. 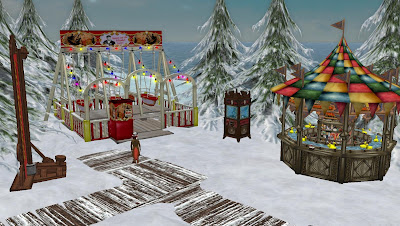 Going further down the path, there were some amusement park rides and attractions. 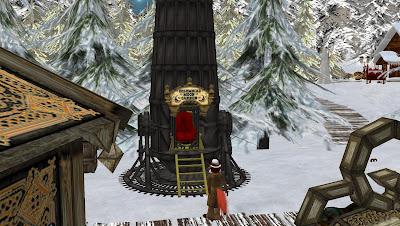 Among them was this "Moon Cannon" that looked like it was straight from a Jules Verne novel. 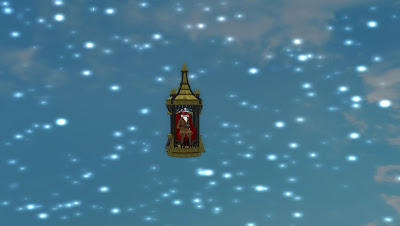 Getting in would cause it to fire a second later. You might not get to the moon, but you'll certainly end up sky-high. 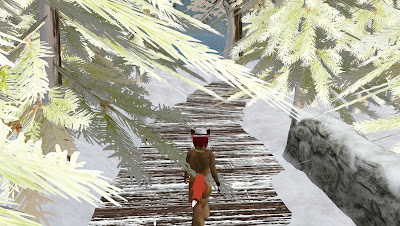 The walkway went through a forested area, the trees laden with snow. 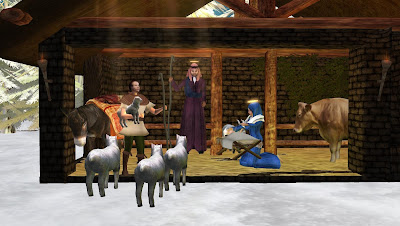 Next to a party area was this manger area. Notice the Baby Jesus is levitating a bit. 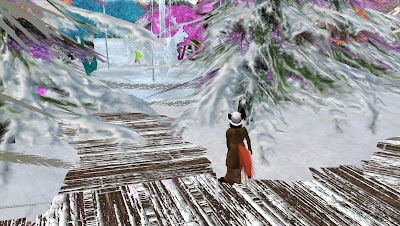 The path would continue on past a few more sights, such as this ice carousel. 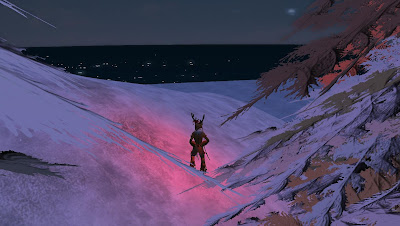 I was interrupted at once point, but came back later. I didn't see much more, of the Christmas counds that I hadn't before. But there was an evening scene which seemed a good time to show off my Rudolph avatar, or rather what his red nose could do to the vicinity at night.

That's all for now from Safra's corner of Second Life.

Posted by Bixyl Shuftan at 1:00 PM