More Scenes from the 2011 RFL Track


I took quite a few pictures of the 2001 Relay track. Here's some of the rest that didn't get posted earlier. 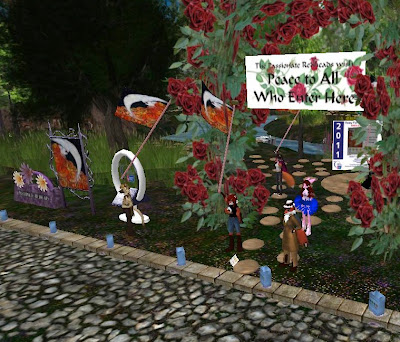 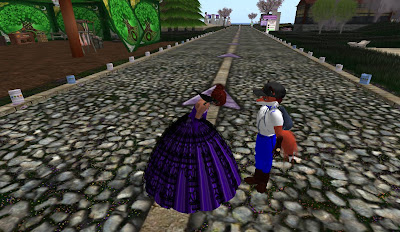 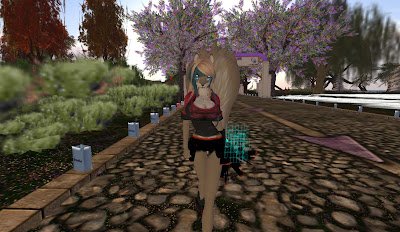 Redhead Wet Squirrel walking down the track. The sparkles are from a wrist device that activates when she's chatting. 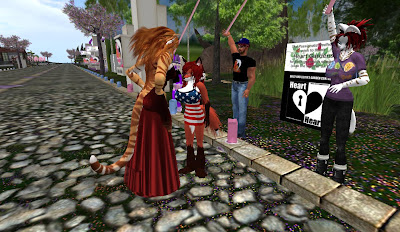 A scene during the International Lap, with Redhead Sabine Schmidt, or "Sabby" as we call her to better tell her apart from team leader Sabine McGettigan, chatting with Treminari Huet and Elphias Kojishi.

A Britisher, Sabby may wonder why Treminari chose to wear her display of patriotism instead of flying it. 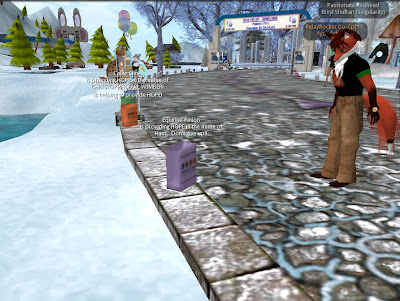 The luminaries were color-coded to show how much was donated. Most were blue, meaning a hundred Lindens were dropped in them. Purple meant someone deposited 10,000 L. 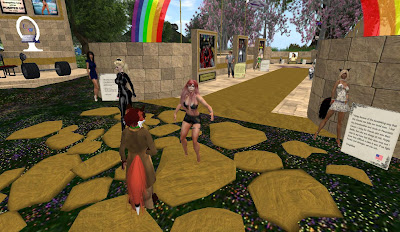 The lady captain of one team offered to get "pumped up for Life," by donning a more muscular look for a week if 10,000 were raised. It was, and she did. 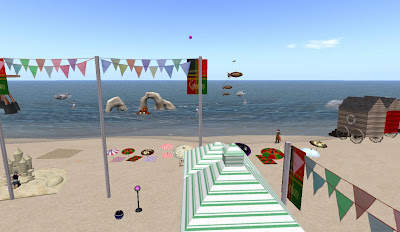 Team Caledon's beach area. Steampunk gadgeteers having a day on the beach. 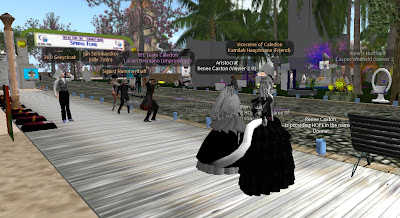 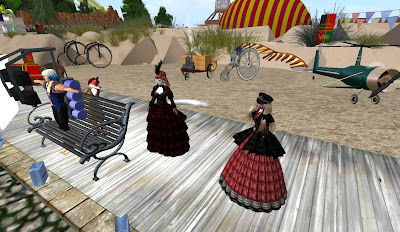 A better picture of Kammiliah and friend 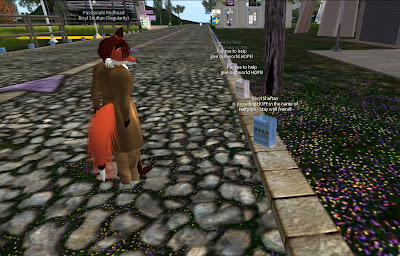 A contribution I made for "Halfpipe," a friend who wanted to make the Relay, but her computer couldn't handle the power needed for Second Life 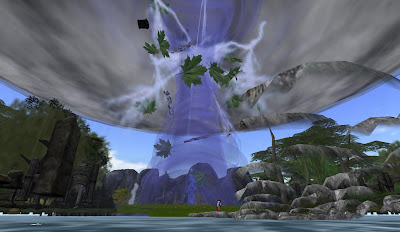 A close look at the "Tornado of Life" 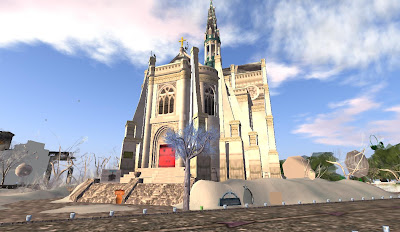 A cathedral near the edge of the winter and spring areas. 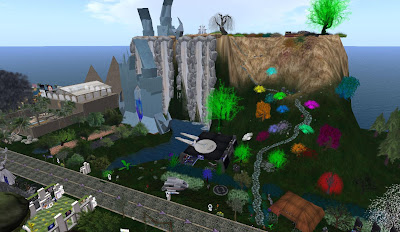 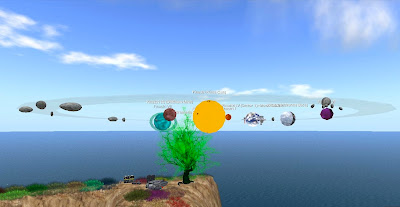 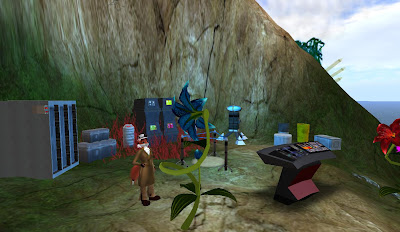 The flowers at the Trek place would turn to face you. Fortunately, I didn't get shot at by spores. 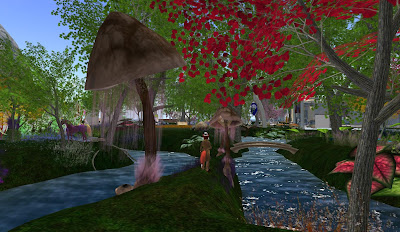 The "Circle of Life" build, an elven forest 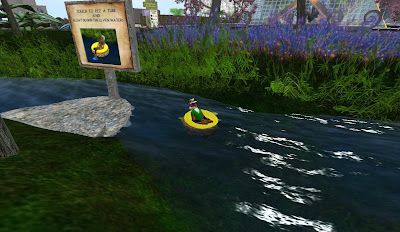 These elves weren't too shy, inviting visitors to take an inner-tube ride 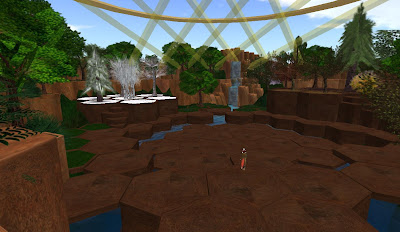 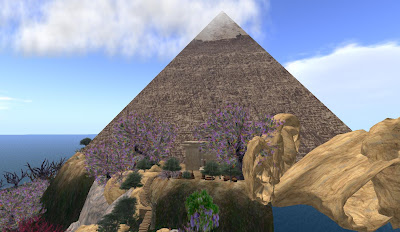 An Egyptian pyramid in the northeast corner of the track 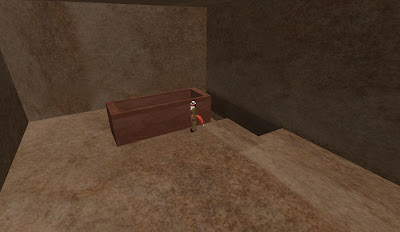 I read the place was one of the locations for a scavenger hunt. Looks like someone made off with the mummy. 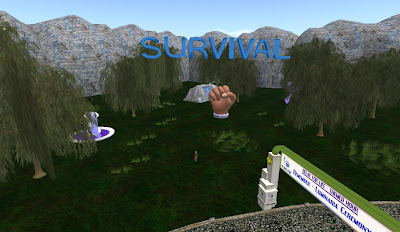 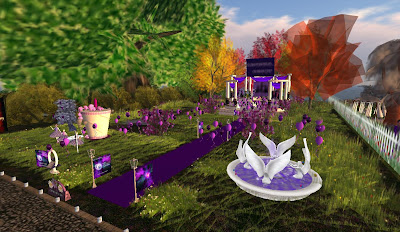 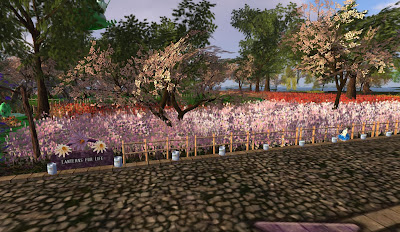 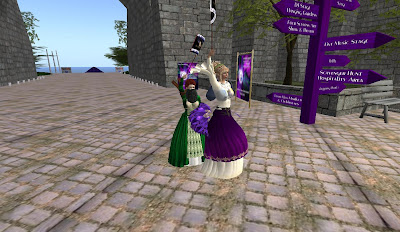 Two of the Gorean team at the closing ceremonies. Although the Goreans have an iffy reputation, they did raise a lot of Lindens. 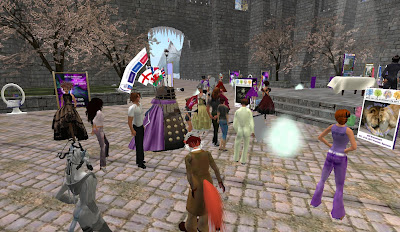 A more typical scene of the closing ceremonies, artist Bryn Oh in the lower left