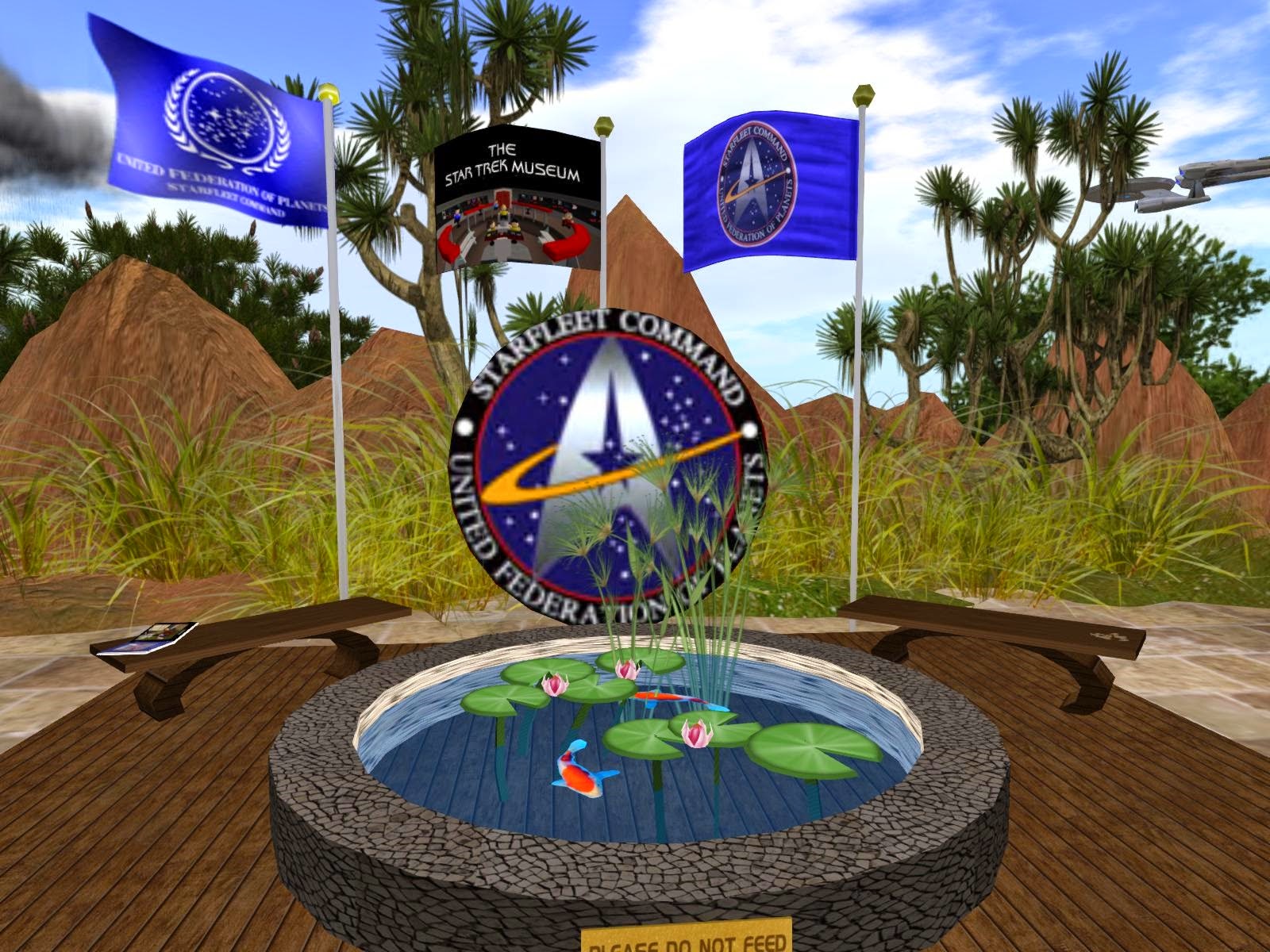 Ever since the first episode of Star Trek was aired on television many people have watched the series and became a fan of the science fiction story about Captain Kirk and his crew wandering around in the Universe, “to boldly go where no man has gone before”.
After the original series ended, many other series were made and a few spin-offs too. I wasn’t a real fan myself, but the episodes that I watched were amazingly well made and you really felt like you were also in space with Captain Piccard and his crew in the “The Next Generation” series, which were aired in the 90s. 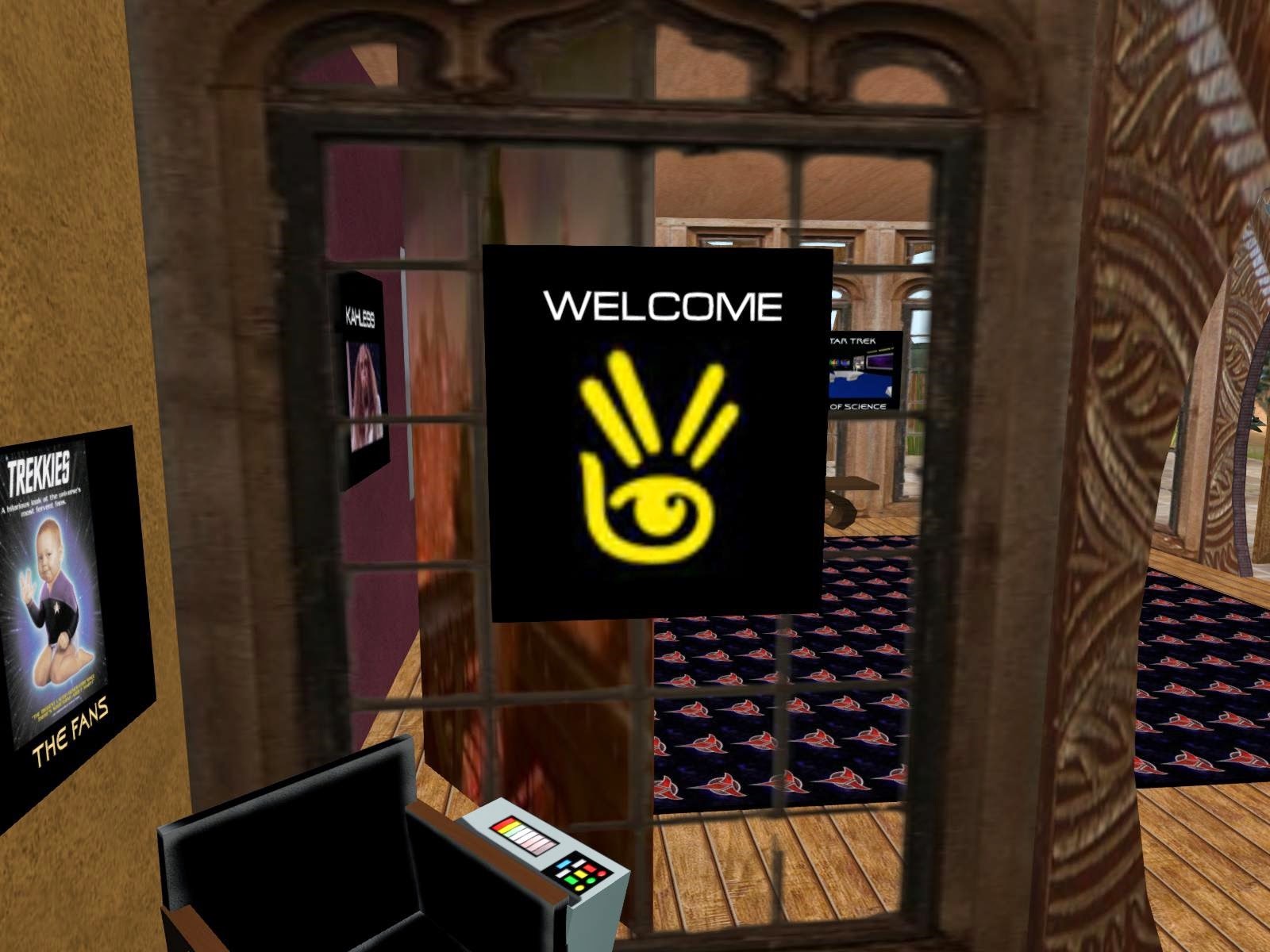 Now, in Second Life there is a Star Trek Museum in which you can all learn about the different species and also get to know more about the series and get background information as well. The Museum was created and developed by SL STARFLEET, which is the counterpart to the real life organization STARFLEET: The International Star Trek Fan Association, Inc. This unique organization has over 240 chapters worldwide, which links up to 4000 members around the world.
Within the Star Trek Museum you have different areas to vist, there are too many to list here. But there is a database on the official website of Star Trek : http://www.startrek.com/database_article_navigator. There you can find more information about the characters and the crew of Star Trek and much more. 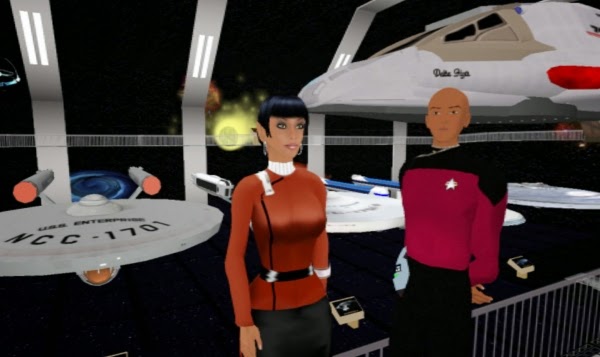 The current curators of the Star Trek Museum in Second Life are  Sabri Piccard and Wabisabi Matahari.
There are many locations you can visit : Embassies, Visitor Center ( start location ), Science Museum, and much, much , much more. There is even a balloon tour available. There are too many places to list them all here. More information about all the locations can be found on this website : http://www.sabrizain.org/startrek/
On their Facebook page I found this quote regarding the places you can visit in the Star Trek Museum “SL's best collection of Everything Star Trek - Full size USS Enterprise, dine on gagh, fly in a shuttle, visit a Vulcan town, a Klingon home, Science Museum, swim with George and Gracie. Visit: http://slurl.com/secondlife/New%20Eridani/133/80/36.
In my personal opinion the Star Trek Museum is the place for Trekkies or Trekkers to visit and enjoy their stay in the museum. It’s nice to actually wander around in the Star Trek history and get to know more about the series itself.
You can find the place in Second Life at this location :
http://maps.secondlife.com/secondlife/New%20Eridani/133/77/36