Grease Coakes in the Land of the Giants

Ever imagine what it would be like if you were small? Like that cartoon "The Littles" about the family of small people. Or there was the movie that came out a few years ago from studio Studio Ghibli, "The Secret World Of Arrietty." Once in a while there’s a movie or TV show you may have seen that explored the possibility of being small in a big world where a mouse or small bird would be a real threat to you. 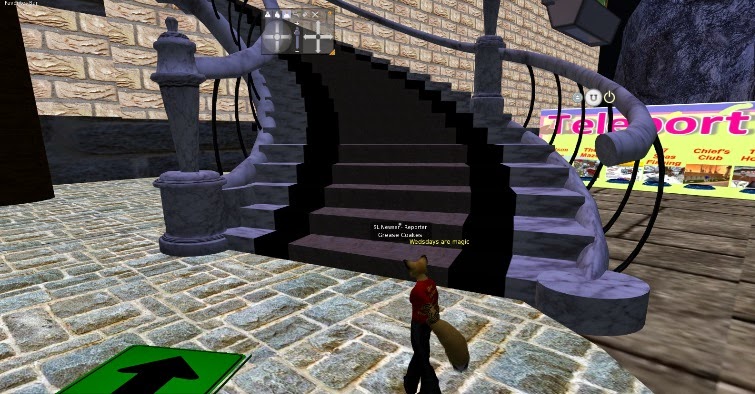 Here in the Land of Giants at http://maps.secondlife.com/secondlife/Random/130/148/4018 you could fulfill that wish as the sim is created as if it was populated by giants. As you enter the sim you’ll see a large set of stairs and green arrows to lead you inside. To the right there’s a horse and carriage to ride around in. There’s a living room a little farther ahead where unless you have a giant avatar already you’re just the size of a squirrel or mouse compared to the massive pieces of furniture. 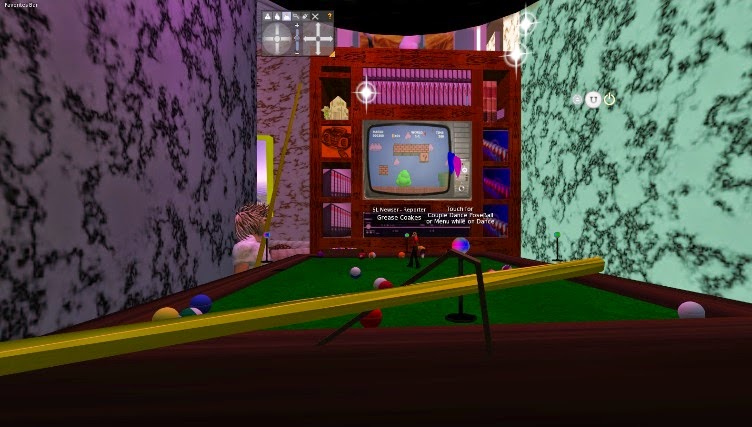 I sneaked through a tiny door filled with furniture made for small avatars like myself and there’s a huge pool table. Up above is a shiny ball of lights and glow dust that must be a small dance area. Also bumping into the pool balls moves them around like you’re kicking or pushing them forward with all your might. There’s also a TV screen which isn’t on a TV channel but instead it’s tuned into a NES game or Nintendo entertainment system. The game on the screen is super Mario bros. To add even more realism there’s a NES console sitting right there with a couple NES games. It’s just inviting you to play mega man or any other classic game. 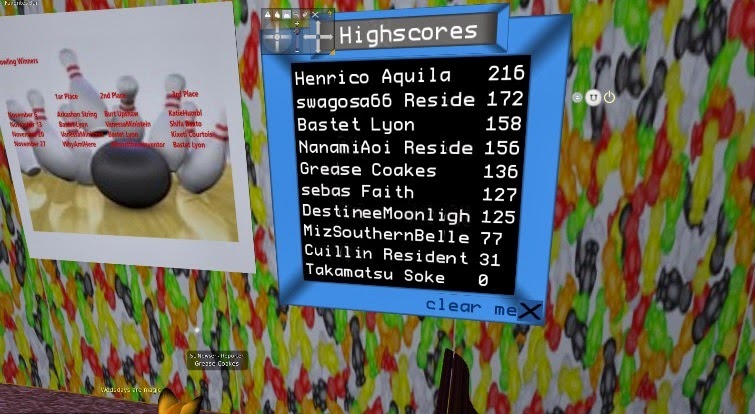 On the floor like a mouse hole there’s a light up sign that says bowling alley. I sneaked inside before any giants can get me and there's a little bowling alley with a gummi bears wallpaper. The hotdog guy is funny looking. Every Wednesday there’s a contest for first second and third place with Linden prizes.

I read the easy directions and give bowling a try. You’ll see a percentage of your power as you mouse look and aim the ball. Hold down the mouse button for power and let go when you think you have enough power. I wandered in with no one around and played by myself. The gameplay is simple as I got a fairly good score being in the middle of the score board. You’ll hear voices and sound effects as you bowl adding to the virtual game. 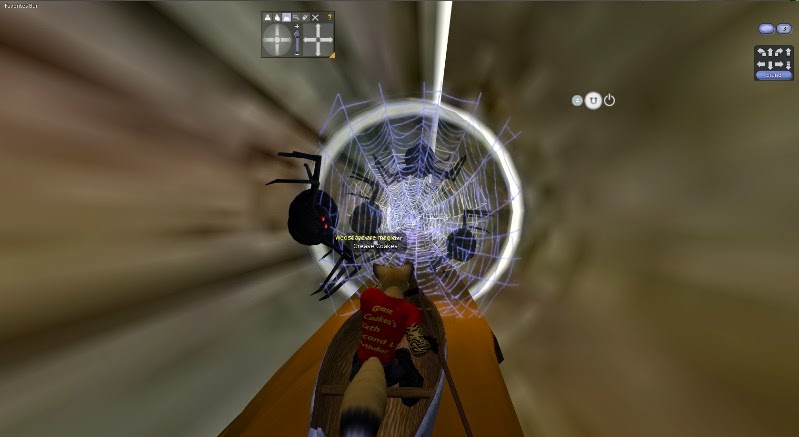 I saw a warp pad and discovered a toys room. It’s fun to look around as I saw a carousel and bumper cars, but there’s also a canoe ride. I figured why not. The canoe slowly drifts on a river of soda as you see spiders and other scary things. As the canoe trip ends you end up on a kitchen floor. To the right is an "Alice in Wonderland" themed room with tea cups and the white rabbit.

At the start of the sim where you climb up the stairs is a carriage ride with a white horse. If you want to take a stroll through the sim knock yourself out. Sit on the carriage as it whickers and trots in your headphones giving you a slow tour around the sim.

All in all if you want to be lazy and see something new for an hour or two here in the grid you should check out the land of the giants. Even if you’re not a fan of the genre of being small in a giant’s world you should at least check it out for something to do if you’re bored silly.  I was impressed by the level of detail here and I think you would be as well readers of the Second Life Newser.