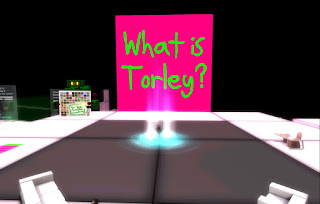 This colorful place is called TORLEY ISLAND, if you did not know. Basically it's just a place to explore around or relax when you want time away from other people or friends, and trust me the times I been here there isn't anyone around really. Sadly there isn't a lot of information in the tp besides a description and name, so from what I assume it must be one of the linden locations around in Second Life. Even though there's barely any life in this sim it's still a interesting and colorful place to look around and chill in. 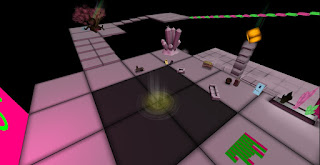 Like I  said previously I recommend hitting it up whether or not there's activity here because of the colorful scenery of greens and pinks, Torley's favorite color, especially because he likes watermelons. This place basically has a futuristic and modern vibe to it as well as a bit of techno to on the side. The great thing about this place is that he has up a sign called, 'What is Torley?' It is sort of a built in browser but for me it doesn't seem to load anything. I assume if it does work it basically tells you, well Torley tells you who he is. Of course there's always the way of Youtube and looking up the official SL Youtube channel or his private one where he does music and tutorials. I recommend you checking those out! 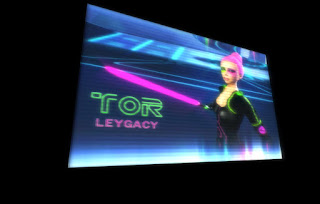 Overall I have no real problem with this kind of sim despite it being dead as dust. Sometimes places that are dead and not filled with so much life are places worth going to to relax, or even being there to be idle when your doing something in real life. Even though it's rare, sometimes I come and sit in the sim just to chill because I can't find many places to head to that aren't the same that's saved in my landmarks folder. I hope you enjoy your visit to TORLEY ISLAND!