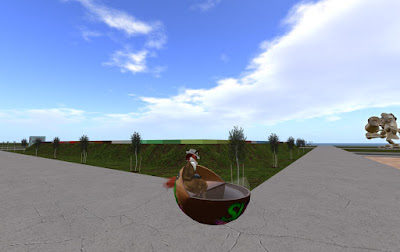 The Second Life Fourteenth Birthday celebrations, or the SL14B, are almost here.  And just about everyone interested wants a sneak peek. But there's an understanding between those exhibitors who write about Second Life and those who don't that unless a build is obviously incomplete, no pictures of the whole thing are to be published until just before the event. Exhibits are often tinkered on until a few days before, and of course there's not wanting to spoil the surprise. But we can show a few sneak peeks, and placeholders, which can give some ideas who will be around, and sometimes a little of the builder's imagination. 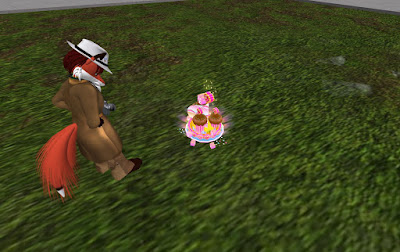 Some just simply left their cake slice on the plots. 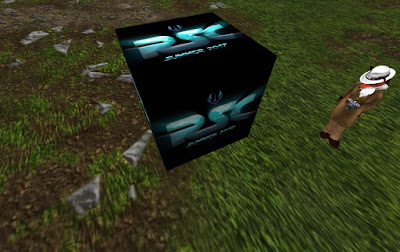 Others left their own objects as placeholders. 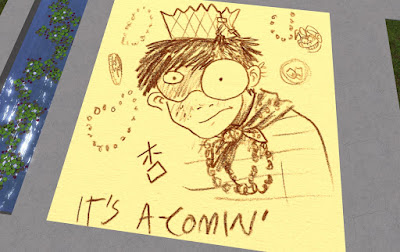 Or a logo or picture, such as this drawing reminding the volunteers, and neighbors, there would soon be something. 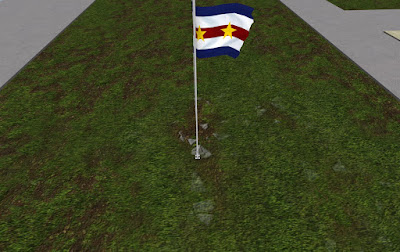 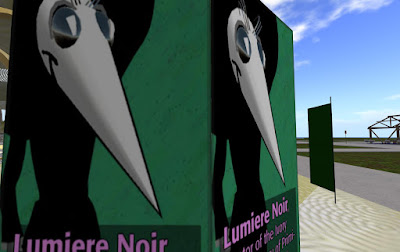 Pictures of the "Black Spy," the late Lumiere Noir's avatar, in the plot of someone from the Ivory Tower of Prims. 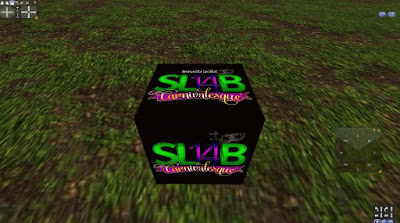 Loki Eliot's placeholder, at his plot in SL14B Spellbound. 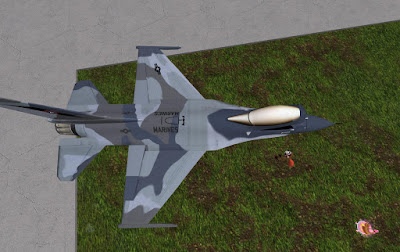 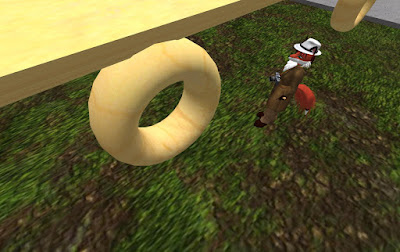 Obviously, this guy's not finished. 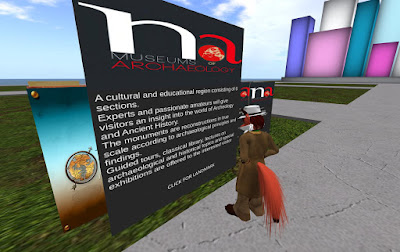 The Museum of Archeology's placeholder was a description of who they are. 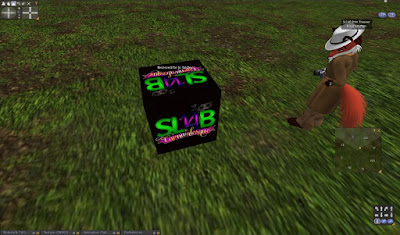 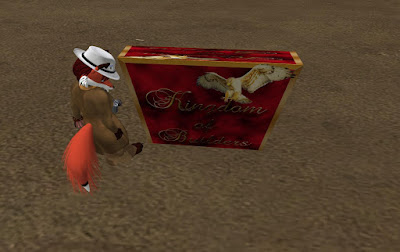 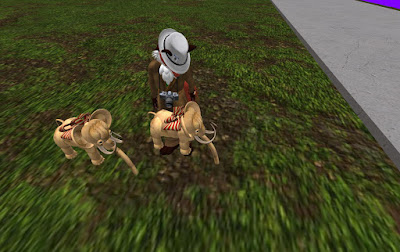 At least they're not pink. 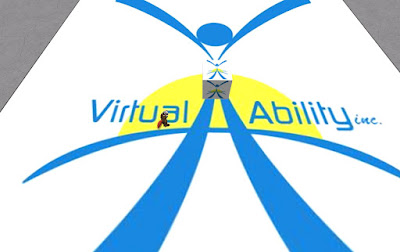 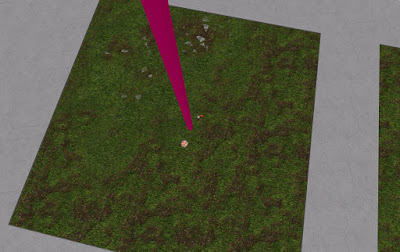 For those who "wouldn't touch it with a ten foot pole," would a hundred foot one do? 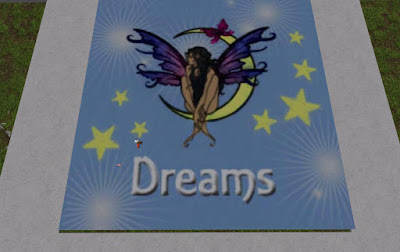 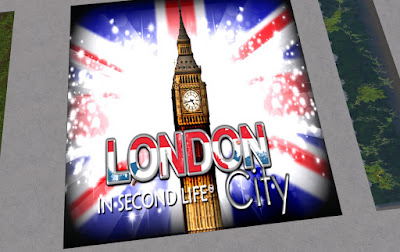 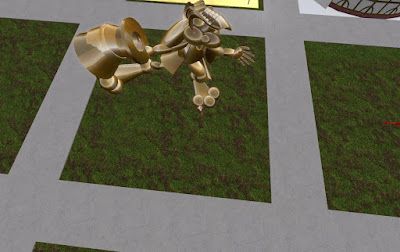 RacerX Gullwing of the Giant Snail Races, one of the groups in both the SL14B and the Relay for Life, had his statue as his placeholder. 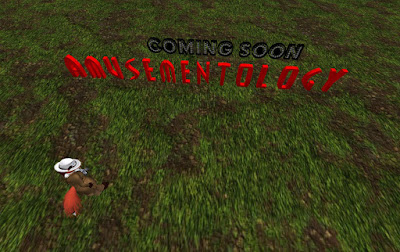 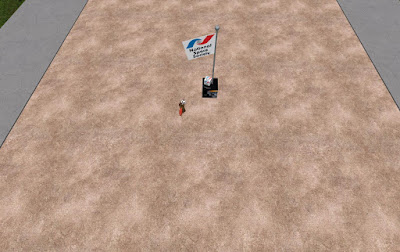 The National Space Society's placeholder, their flag on a barren landscape. 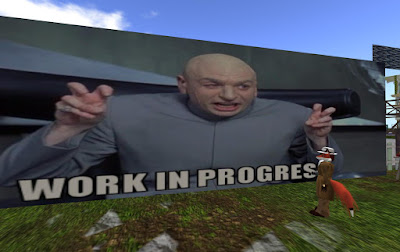 And finally, this man's wall cover says it all about the state of his exhibit.

Opening day of the SL14B is Sunday June 18, with the gates open at Noon. Be sure to see what these exhibitors, and others, have in store.