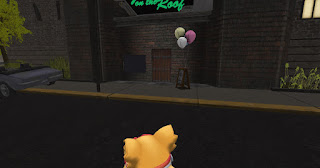 I was looking for a place to let loose my creativity, and throw down with my demons of writers block. What I found, will amaze you and just might thrill you. This sim, is by far, one of the finest there is. No, it is not considered a classic place. And no, it's not the "classiest" either. However, this place still should have it's name up in lights.

The Marvel Universe, on the Cartius region, is an astounding representation of space, used well, being a full sim, yet boasting a small city section, the entirety of the Xavier Academy, the X-Men HQ, as well as at least 10 rentable areas, 5 of 200 prims, and 5 of 500 prims. This place takes the Marvel Universe to a whole new level, by allowing canon and non canon characters to fight side by side, and against one another. 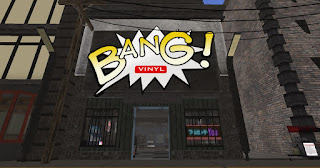 Ever wanted to be a superhero, one that you made yourself? Then this is the place for you. It is masterfully built, even using different aspects to its advantage. For example, instead of having a teleporter sitting out in the open, you click a taxi to head to the academy, and a bus to return to the OOC area. I mean sure, there are some teleporters, but it's the Marvel Universe, can't not have them.

I found this place only a week ago, and I fell in love with it, the moment I found it. Not only is it impeccably built, the people here are amazing as well. I was welcomed with open arms, on my very first day of being here. I've had fun talking with them, and roleplaying with them. Everyone here loves a good laugh too. 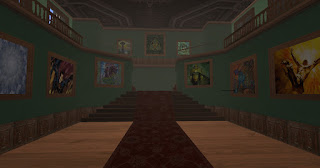 This is, in this reporter's opinion, the best sim I have seen in a long time. All it needs is more people to call it home. Then it would be at its peak. But right now, this is a reasonable place, with a lot of promise.

There are forums of the roleplay at http://marvel-sl.com/forums/, which includes a list of the rules, such as character creation, non-PG behavior, combat, and behavior.

Kimiko Kanagowa aka Foxy
Posted by Bixyl Shuftan at 6:00 AM