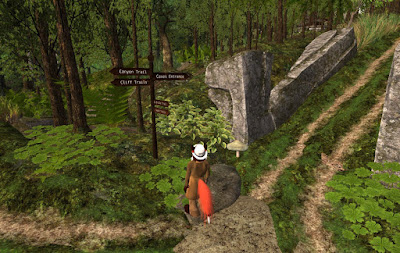 Second Life has a number of parks. But not many have you going through a system of caves or up a mountat. At Mount Campion Caves National Forest, you can do both. 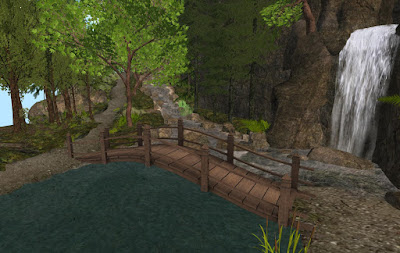 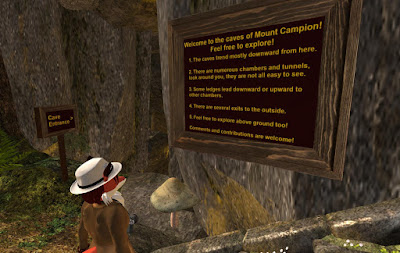 The landmark I was given took me to a spot a few hundred meters high. There were trails going a few different ways. One was to a cave entrance, where a sign told me "there are numerous chambers and tunnels ... they are not all easy to see." 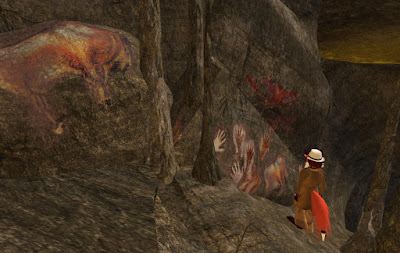 I saw a few paintings on the rock inside that looked as if they were done by cavemen. 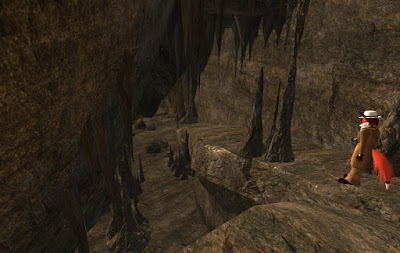 The cavern led downward, and like the paths on the outside, the tunnels led a few different ways, sometimes passing waterfells and stalactite and stalagmite formations. 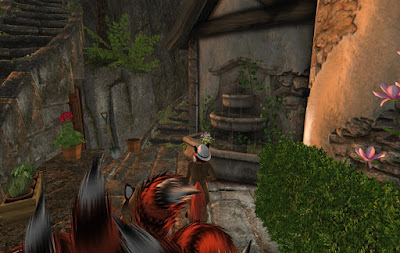 I did come across one room that appeared man-made with a wheelbarrow that led to the outside. Another exit led to a fountain and garden area. 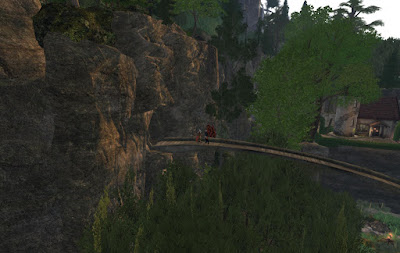 A third would lead to a bridge high above the ground below. A friend with me at the time remarked she felt dizzy looking down. 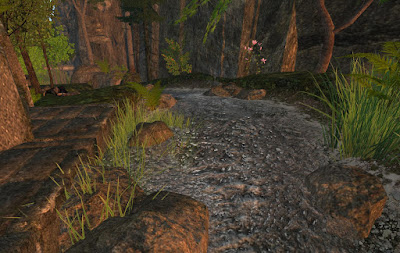 Going about the trails, there was quite a bit of detail in places. The water rippled and bubbled as it flowed. The trees, flowers, and other plants were quite detailed. 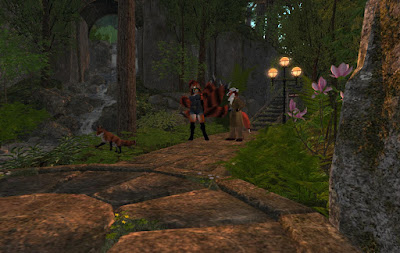 In one place, a fox moved about. 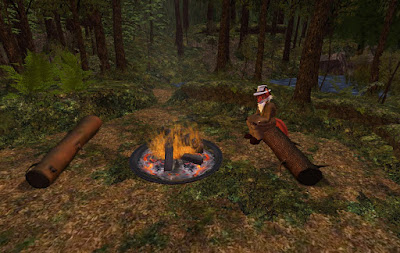 There were a few cuddle spots and campfires here and there. 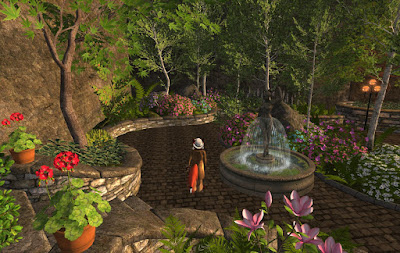 There was also a party area complete with a couples dance ball, and a fountain and statue in the middle. 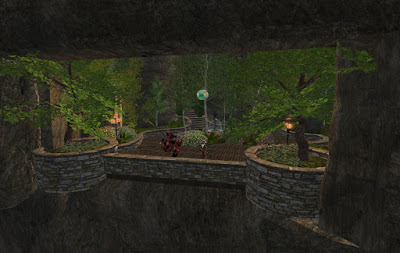 It had quite a few over the side. 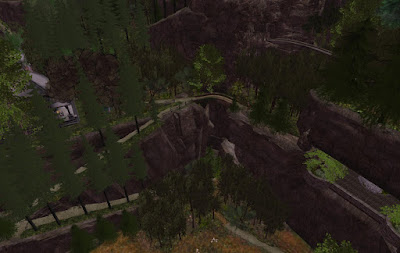 One needed to be careful in places on the trail as it was easy to stumble and fall down the side of the mountain. 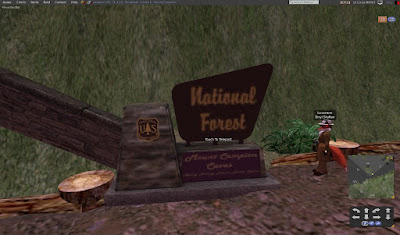 One branch of the trails would lead down one side of the mountain down to a mainland road, Route Six, where there was an official-looking National Forest sign. 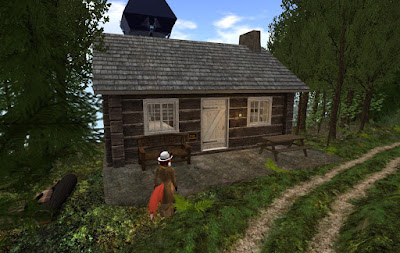 At various places, there were rental cabins one could pay for the use of. Most I saw along the trails were rented out. They were of various sizes from small to medium. 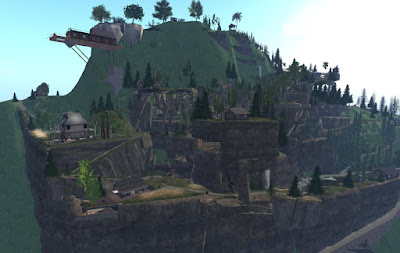 At the very top of the mountain, around 350 meters, were a number of other cabins. Unlike others, these were not accessible to others not in the group, and there were few spots there I could go without running into yellow ban lines or warning signs to leave or be booted. No one sticking to the trails has to worry about them as I didn't see one that goes to the mountain top. 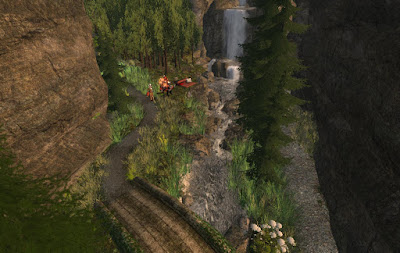 It's unknown if Mount Campion really is the highest spot on the mainland. But few mountains in Second Life come close to it in size, and I can't recall any with this kind of detail and cavern network. 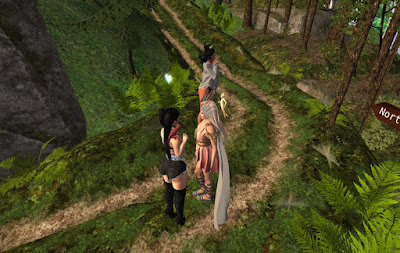 Most times I visited, there were others looking around, occasionally talking to one another in voice chat. For those whom find it inconvenient to go to a real mountain park, this place in Second Life offers a lot to see.