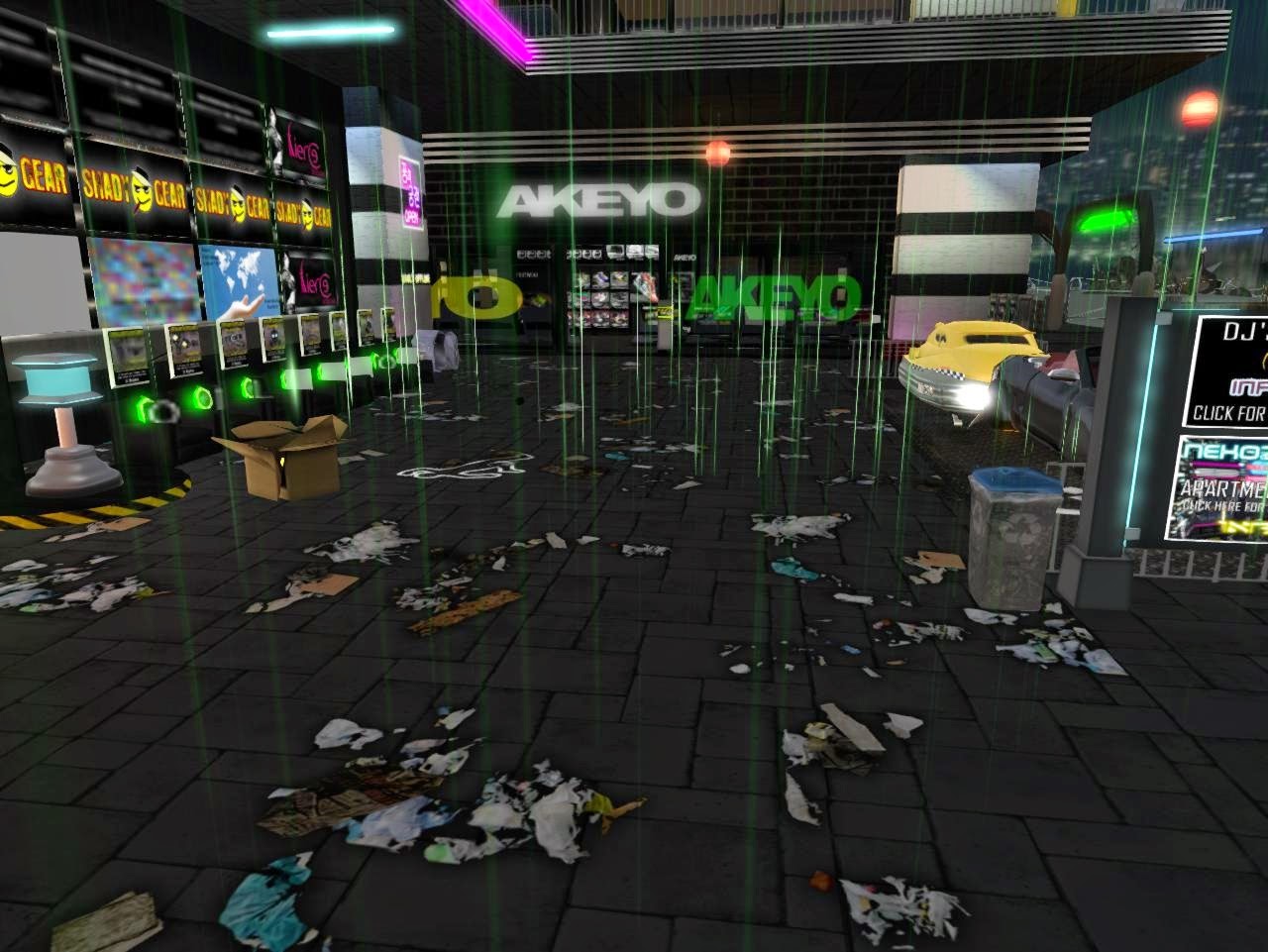 NekoZone Central is based on the future version of Los Angeles out of the sci-fi movie “Blade Runner." The sim was created and founded by Fox Daviau and was created in the year 2007. He came up with the idea and created it all by himself.
The sci-fi themed sim is set at the end of the 21st Century, where Earth has become a place where destruction, overcrowded cities and flying cars are found in every city. But flying cars could become a reality in the near future, that’s what Fox Daviau thinks, at least.
When you wander around in the city you get the feeling you are actually in the Blade Runner movie itself. Bring your umbrella with you, because it can be rainy there most of the time. In my opinion this place is well made and really gives you the feeling you are in a futuristic city and you see the flying cars in the air all over the place. 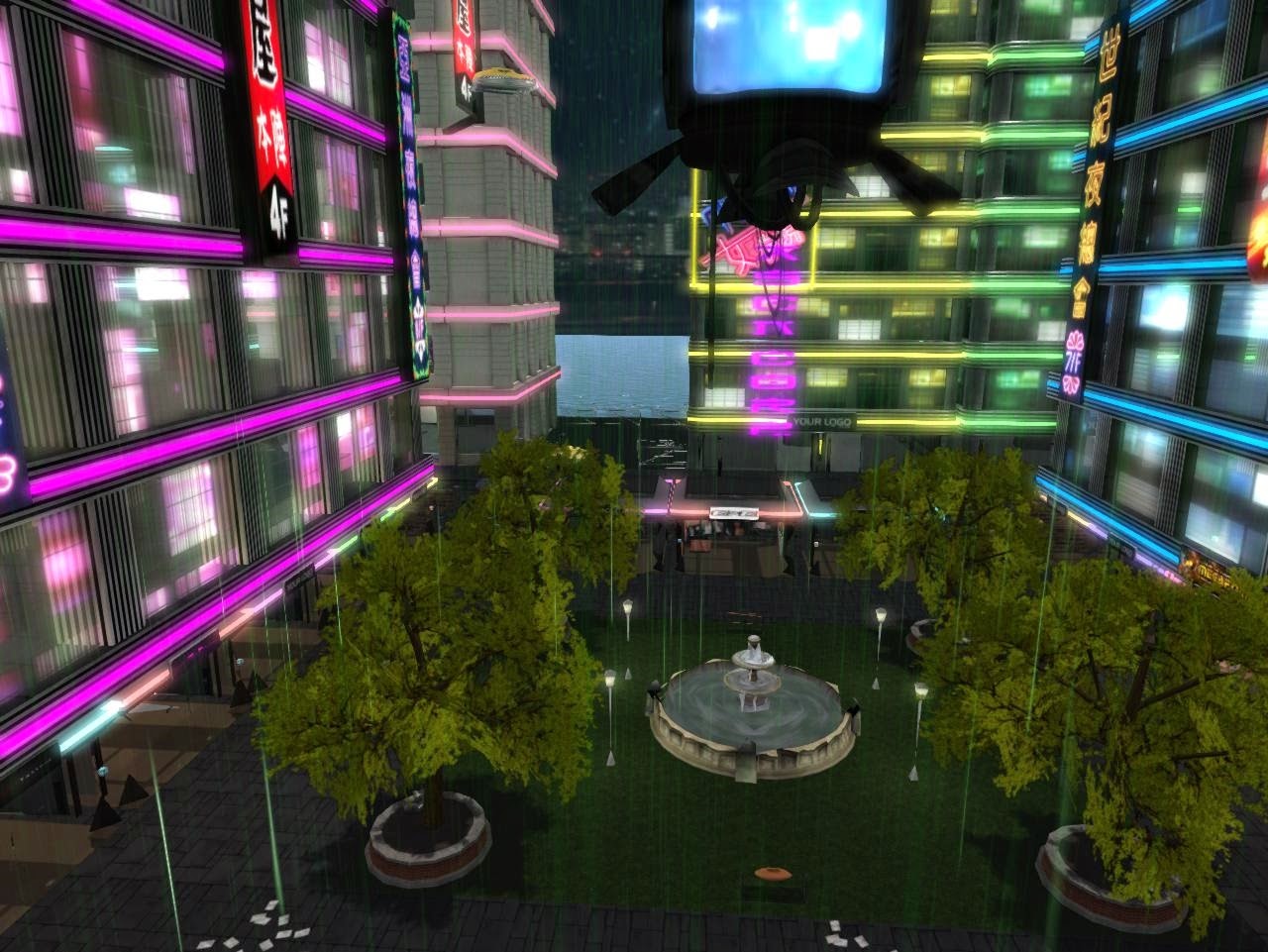 There are numerous shops, but also many free spaces for shops as well sadly. They also offer apartment rentals starting from L$ 200/week for a place with around 50 prims or so. The urban life style may take getting used to, but if you are into sci-fi, you have found the place to wander around and explore it further. There are “camping” places where avatars are standing and hoping to get free L$ while camping there. In the center of the teleport area there is a fountain, a relaxing place, to relax when you want to escape the chaos of NekoZone Central West. When you take the escalator upstairs there are even more shops and places to visit.
There’s a dance club called InFuzion, which is open 24/7 offering music all the time. If you are a dancer or a DJ you can apply for a job at the sign you see in the club or just outside the club. Their events are listed on the Second Life Events website. 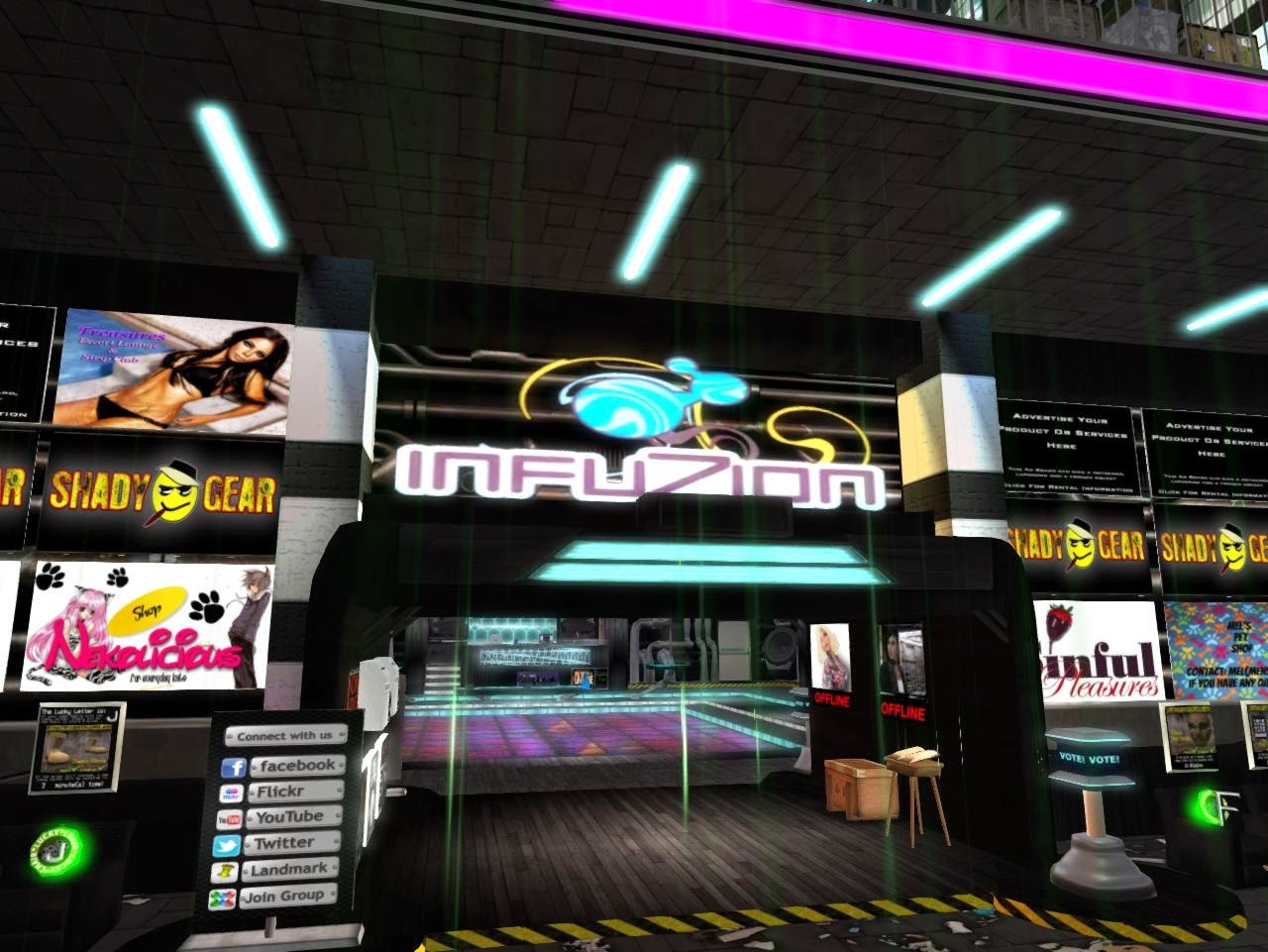 All things considered, this place is cool when you are into sci-fi and want to get a feel of it in Second Life. If you are not into sci-fi, you can wander around and see what this sim has to offer for you. Either way, it’s a nice and cool place to wander and explore, in a late 21st Century scenery.
You can find the place at :
http://maps.secondlife.com/secondlife/FireStorm/113/127/30

Wesley Regenbogen
Posted by Bixyl Shuftan at 6:00 AM