Club Infinity is bizarre. It’s advertised through the Bloodlines site, but it’s not a vampire based club, but i. They are Bloodlines friendly and they have a Bloodlines haunt set up to draw in visitors. Club Infinity gives a free reign for artistic music talents. During the weekends they focus on playing Electronica. During the week they focus on playing play Classic Rock, Pop, Top 40, Country, Rock and Roll, Heavy Metal, Hard Rock, Electronica, and more. They also have live DJs that play in the club.
They also operate a a BWA phase system for those ravers out there. That phase system syncs up the clubs color-changing properties with certain accessories that club people can wear. That way the club and the what the people are wearing change color at the same time. The club has some nice seats where you can relax if you want to stop dancing. What’s more is that there is a pillar in the middle with “iStyle” on it, whatever that means, and above it is a sphere thing, that’s a dance ball and near the DJ booth, there is also such a sphere thing that you can use to start your avatar to dance. They organize contests throughout the week. For this and other information about the club, you can join the group and get daily information and there are also searchable through the Second Life Search pages and also through the Bloodlines website. They have many groups, are listed in SL Events and Bloodlines Events. There is no Facebook page, apparently.
The club was created and decorated by Analemma Faerye and opened in October 2013.
In my personal opinion : Yet another club to add to my club listing. Although I’m not a vampire in Second Life, I like this club because it has a nice interior and the music is very good. I already joined the group to keep myself up-to-date on the events that could be coming soon. 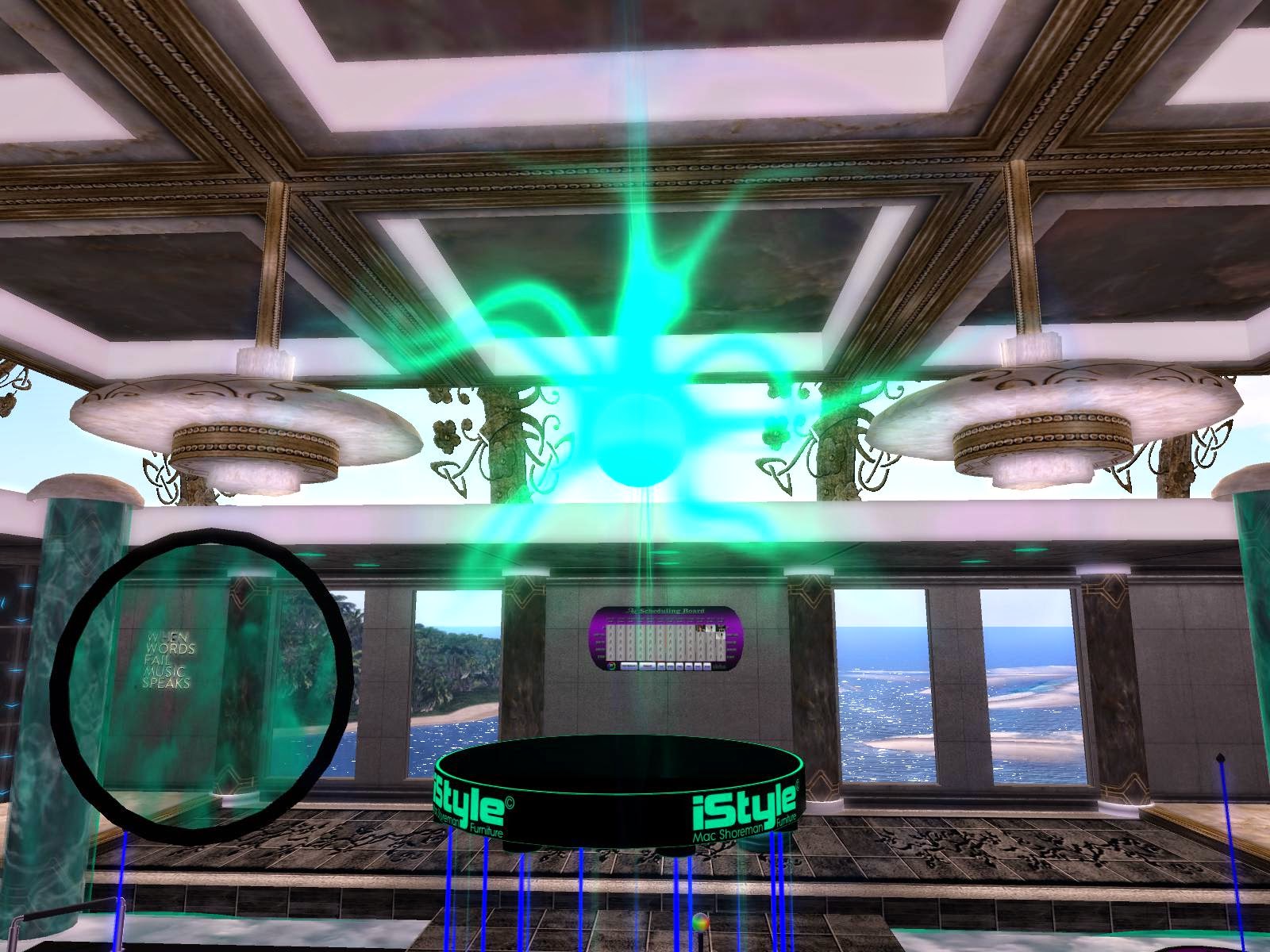 Every club I find has something special, it seems. This club has pillars that are formed by water and below the pillars there is a thing where the water stays in. Very cool feature, if you ask me. Never seen it in other clubs before.
And the Club Infinity logo is also special, because it’s a cool design.
The fact that they have Bloodlines linked to them, well, it's kinda weird. But, hey, we are not vampires, so, we don’t have to worry, right?
I mean it, really, stop laughing.
You can Club Infinity at this location :
http://maps.secondlife.com/secondlife/Mystic%20Aurora/229/219/38